Professor Collins's co-authored book on politics in China was published in the summer of 2012. He is a recognised expert in the study of corruption in Irish politics. He is author of a standard text on the local government management system in Ireland. 1975-1980 Research fellow, Institute of Local Government Studies, University of Birmingham * 1980-1985 Lecturer in Department of Political Theory and Institutions, University of Liverpool * 1985-1988 Lecturer in Department of Public Administration, University of Ulster (UU) * 1988-1994 Reader - School of Public Policy, Economics and law, UU * 1994-1998 Professor of Public Policy and Management, UU.  In 2009 he was elected to the Academy of Social Science

My strategy is differentiated by the main research interests and commitments:

Particularly in the political marketing and regulation areas, my strategy is to aim at high level journals. I think, however, there is an onus on Irish political scientists to disseminate their work in Ireland along a "public intellectual" model. Journals such as Administration and Irish media should not be neglected. I was pleased to be part of the process of assisting the OECD review of the Republic's public service and have encouraged colleagues to take up similar opportunities.

Impact on the discipline is hard to assess. Since my work on nineteenth century elections in Liverpool at the beginning of my career I have tried to enrich my political science output with insights from other disciplines. Perhaps my most innovative interdisciplinary work was that with Nicholas Mack, a botanist, on "Public Participation and Risk Taking: A Case Study of Farm Households", International Journal of Social Economics Volume: 23 Issue: 12; 1996 which links rational choice models to biological notions of sustinability.

My articles and chapters work with Patrick Butler were instrumental in establishing the sub discipline of political marketing though it is fair to say I am currently a ‘dissident' in this area as I feel it has been too heavily influenced by a simplistic orientations model. I see our recent work on the Chinese Communist Party as a "monopoly trader"as a renewed challenge to the received wisdom.

I was very pleased to have been elected to the Academy of the Social Sciences (UK). I am the first Irish political scientist to be given this honour. 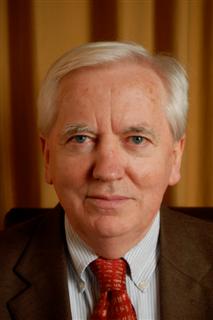