Of Irish and French nationality, I am a graduate in English and French of UCD, where I was an Entrance Scholar and French Prize winner. After research for a Maîtrise ès-lettres on André Breton and a Doctorat ès-lettres on literature and psychoanalysis in France, working in the Université de Bordeaux III under Professor Claude-Gilbert Dubois, I obtained 8th place in France in the post-doctoral competitive Agrégation in 1983. My second thesis on Heroism Studies was defended at the Sorbonne in 2011. I was appointed to the Université  de Rennes II in 1983, and in 1988 to UCC, where I have been responsible for introducing and developing specialist courses on French cultural studies, theory and thought, women's studies, translation and interpreting.

I set up the MA (Translation Studies) in 1991, and re-started it in 2008 (after a UCC-imposed gap) in response to the recession-caused need for increasingly work- and world-ready graduates. In 2011 I chaired the Working Party tasked with extending this MA to other languages in UCC. The MA in Translation and Interpreting Studies (French) is the only MA other than DCU offering training in simultaneous and consecutive interpreting. This programme has over 60 graduates for French (whether solo or as one of a language pair), generating for UCC some 300,000 euro in fees, and corresponding FTEs.

I developed the French Department Media Room, and organised the School of Languages and Literature's first conference (on language teaching methodology, in 1992: I  edited selective proceedings in 1994).

In 2000 I was invited by the Irish Translators' and Interpreters' Association / Cumann Aistritheoiri agus Teangairi na hEireann (of which I am past Chairperson) to give the annual St Jerome lecture on International Translation Day, 29th September: Translation as Cultural Memory: Visions and Revisions of Identity in Early Irish and Contemporary Anglo-Irish Literature.

In 2001 I was invited to lecture on Jean Renoir's cinema in Harvard University's Department of Romance Languages and Literature, and was awarded, jointly with Dr Martin Munro (University of the West Indies) the French Embassy's Translation Prize Prix de l'Ambassade.

I am a Founder Member and Executive Member of the Paris-based Societé francaise de mémétique, founded in 2000, which brings together scientists and cultural theorists to reflect on issues of cognition and cultural transfer in the new interdisciplinary area of memetics.

The Irish Research Council for the Humanities and Social Sciences (IRCHSS) awarded me a Government of Ireland Senior Research Fellowship 2003-2004 to carry out full-time research on the tragic heroine in fifth-century BCE Greek, seventeenth-century French, and contemporary, drama.

The Association internationale des etudes françaises (Président: Antoine Compagnon, Collège de France) elected me as a membre du Conseil in 2012, and appointed me as a Présidente de journée, on the topic of Heroism Studies, for their LVII congress 2015, École Normale Supérieure, Paris. I co-edited the proceedings, published in 2016 (Paris, Les Belles lettres)..

My active interests other than teaching and writing include singing, art history and painting, acting, philosophy and psychology, ancient cultures, rose-growing, swimming. (There may or may not have been an Irish-French artistic and philosophical participant in a farce murder mystery play in UCC Common Room Christmas 2015. I'm admitting nothing. The butler was holding the gun at the end).

In my various courses, a constant is the reminder to students that, arguably, the greatest thing they learn in a degree programme is how to think. For example:  how to think for themselves; to take responsibility for themselves; how to read, for full understanding; the difference between a fact and an opinion, and how to evaluate the quality of the facts and opinions they encounter; how to make their case, in any situation; how to communicate as well as possible, using techniques of voice-training for actors and singers; how to use their imagination in harmony with their reason.
‍

(2) cultural studies (including women in the media and traductology);

My current research project, generously supported by the Irish Research Council for the Humanities and Social Sciences, is on the tragic heroine, especially in 5th century Greek, 17th century French and late 20th century tragedy. I am completing a monograph on the heroines of Euripides and Racine (research awarded an IRCHSS Government of Ireland Senior Research Fellowship). I have published on Euripides, Racine and Corneille, the heroines of Molière, `heroinic' representation in the sculptures of Claudel.

I have just completed a volume as one of the editors of the current scholarly critical edition of the complete works of George Sand, under the direction of Professeur Béatrice Didier, of the Ecole Normale supérieure. I am the only Irish scholar in this team.

I also publish and direct research on traductology. I am the designer and coordinator of UCC's MA in Translation Studies (French) one of our most successful Masters in terms of recruitment and completed dissertations. I supervise Doctoral research in this field, as in heroism studies.
I have organised a number of conferences which have brought to UCC a range of French Studies scholars of world class reputation, leaders in the field such as Professor Antoine Compagnon of the Sorbonne, Columbia University and the Collège de France; Professor Jacques Neefs of Paris VIII and Johns Hopkins University, and Professor Béatrice Didier of the Ecole Normale Supérieure, Paris, Professor Diana Knight of the University of Nottingham and Professor Naomi Segal of the University of London. A number of my students have gained opportunities for doctoral study awards through these events. As part of ongoing projects in Heroism Studies, I recently organised a conference Medea Today with world-famous dramatic artist Dr Fiona Shaw CBE
‍ 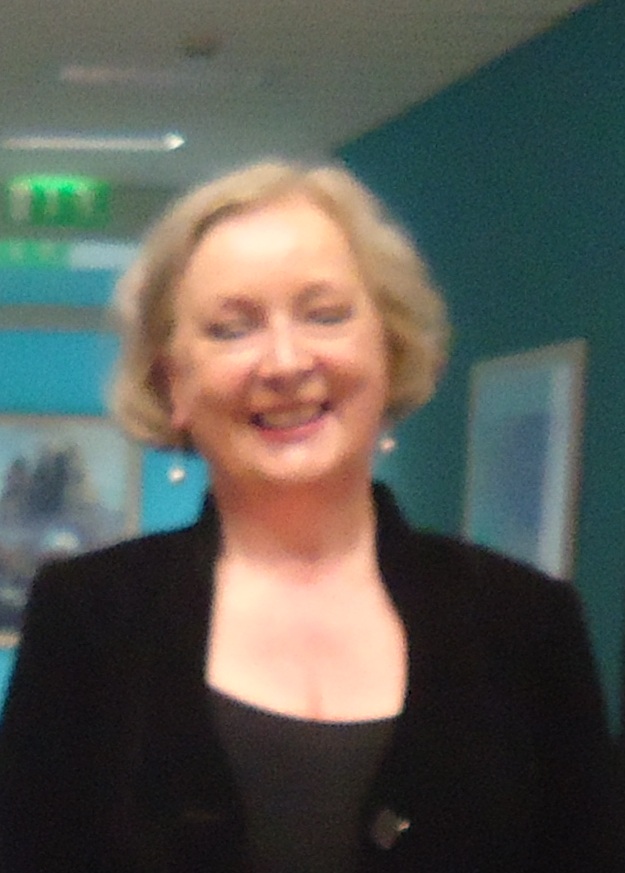