Professor Caroline Fennell holds a BCL from UCC, an LLM from Osgoode Hall, Canada, a Ph.D. from the University of Wales, and is a qualified Barrister. She is a Member of the Royal Irish Academy. She was appointed Professor of Law in UCC in 2001. She has been Dean of the Law Faculty in UCC from 1996-1999, Acting Head of the College of Business and Law UCC from 2005-2006, Dean of Faculty and Head of the Law Department from 2002-2009. She is currently Head of the College of Arts, Celtic Studies and Social Sciences, University College Cork (2010-).
She has a strong commitment to interdisciplinary research and teaching and was a founder member of the Board of Women's Studies and MA in Women's Studies in UCC, and also a founder member and co-Director of the Centre for Criminal Justice and Human Rights, UCC 2006-2008. She has previously been a Mary Ball Washington Visiting Professor at the University of West Florida; a visiting fellow at Wadham College, Oxford, All Souls College, Oxford; and a visiting fellow in the Centre for the Study of Human Rights at the London School of Economics. She was Chair of Irish Research Council for Humanities & Social Sciences 2009-2012, and was appointed by the Minister to the newly established Irish Research Council (2012- ).
Her research focuses primarily on the areas of the law of evidence, criminal justice and terrorism and she has published numerous books and journal articles on issues relating to gender, due process and criminal justice. Her current work focuses on constructions of fairness in criminal justice with particular reference to crisis situations such as terrorism.
‍

The integration of theory and practice in criminal justice and process is central to my research.

My book on the Law of Evidence in Ireland was the first comprehensive sole authored text in the field in Ireland when first published in 1992, and so involved an amount of original research and distinctively commented on the influence of the constitution in Ireland, which greatly influences the Irish evidentiary rules and places them at the interface of the common law tradition shared with England on the one hand and influence of American constitutional jurisprudence on the other. It is now in its third edition.

The exploration of the theoretical implications of a theory/ reality divide or dissonance in Irish criminal justice is the focus of my Cork University monograph Crime & Crisis in Ireland: Justice by Illusion (1993) [69pps ISBN 0902561901]. This has been an influential text and has commenced a debate which has developed into a research stream on the issue of crisis in the modern Irish criminal justice system (O'Mahony, Kilcommins & Vaughan).

The development of the LLM Criminal Justice and its core compulsory clinical element emerged from this research interest. I developed a grant proposal and received funding to develop this course which was described by its original evaluator over the first three years as ‘groundbreaking' (Ashworth). It has influenced further curriculum development in UCC (BCL Clinical) and elsewhere (UCD LLM Criminal Justice & UL LLM Criminal justice & Human rights). The theoretical module I teach on the LLM on Dissonance, Terrorism and Criminal Justice builds on my doctoral research and develops the theme of the construction of fairness in criminal justice in crisis.This is now forming the subject of a monograph on fairness which is in draft form and being submitted to publishers for consideration.

The establishment of the Centre for Criminal Justice & Human Rights (CCJHR) in 2007 (which I co-directed with Dr Siobhan Mullally from 2007-2009) is a manifestation of the strength of the research activity of staff and students in the area of the interface of criminal justice and rights. A cohort of PhD students in this area now comprises a distinct research cluster within the Law Faculty.
There is an empirical stream to my research - the law in practice. Under the CCJHR we have had some success in attracting funding for a Victimology survey (with Kilcommins, Leane & Donson)). I have previously obtained grants from the Social Sciences Research Council, to produce a report on the processing of domestic violence as a criminal offence, and from the UCC President's fund to report on crime in Cork( Doherty McCullough & Fennell) ; and the Department of Justice commissioned a report on Attrition in Sexual Assault Cases in Ireland (Leane & Fennell).
My areas of research interest in the past (Labour Law book (1993) and publications on women and the law and equality) reflect an ongoing interest in marginalisation and equality issues which connect with the empirical work - how the law in reality delivers. This has influenced my involvement in the establishment of the Certificate, Diploma, and MA in Women's Studies (founder member) in the Faculty of Arts, manifesting a commitment to interdisciplinary research and innovative teaching. In the criminal justice field it has led to my work as a Consultant with the Inspector of Prisons (& involvement in writing reports in 05-07), and the development of a street law project on citizenship and the law under the auspices of the CCJHR delivered to inmates in Cork Prison in 07/08 - the first of its kind in Ireland.
Being involved in academic management and curriculum development has also led to a research interest in reflection on law within the University. The movement of law as a discipline within the academy away from a purely vocational orientation - with the rapid growth of the doctoral programme under my Headship - as well as the introduction of a number of degrees under my leadership as Head and Dean: BCL Law & Irish, BCL International, BCL Clinical - signals a commitment to curriculum development and reflection. I gave the plenary session on Pedagogy in the Irish Legal academy to the first annual conference on Education Teaching Leaning and Research in the Irish Legal Academy 2006 (now an annual event)-
A commitment to humanities and social sciences research generally was recognised in my being asked to give a plenary address to the Irish University's Association conference on Humanities & Social Sciences in 21st century Ireland- Delivering the knowledge society (The state of the academy & the (price of a) lawyer's soul) 23rd October 2006, and subsequent appointment to the HEA working group on Foresight in the Humanities and Social Sciences in 2007. My Ministerial appointment to Chair the Irish Research Council for the Humanities and Social Sciences (IRCHSS) from 2009-12, and subsequent appointment to the newly formed Irish Research Council (IRC) 2012-15 both testify to external recognition of this interest and capacity. Academic contribution and standing in the world of the humanities and social sciences and education was also recognised in my admission to membership of the Royal Irish Academy in May 2010.
Research activity in this area is recognised in my invitation in November 2011, to give a plenary presentation on “The Public Role of the academic lawyer” to the Irish Association of Law Teachers Annual Conference. In June 2012, I delivered a paper to the Conference What's wrong with the University? in University College Cork.
Since being appointed as Head of the College of Arts, Celtic Studies and Social Studies in 2010, I have had less time to concentrate on my research interests. However, I have continues to work on issues connected with the theoretical and practical interface - and dissonance- in the Irish criminal justice system. This has been fostered by my delivery of the LLM module on Terrorism Dissonance and Criminal Justice. I am continuing to work on a monograph based on the theme of the construction of fairness in that context and have secured an Irish publisher, delivery of manuscript in 2015.

The number of students supervised in the last six years are noted below. In taught Masters terms, since my appointment I have supervised well over 150 LLMs and about 50 LLBs. Records are incomplete with regard to research Masters supervision prior to the last 5 years, but I would have supervised a large number prior to the introduction of the taught LLM and in particular the LLM Criminal Justice when that area has had to be prioritised. For example the N.U.I. Travelling Studentship in Law, 1999 was awarded to Samantha Ryan who was successful in obtaining it on the basis of her LL.M. thesis (supervised by me), an exam paper and oral interview with Professor Conor Gearty of Kings College, London.

In addition, I was involved in the MA in Women's Studies when, following on success of initiative with colleagues in a Certificate in Women's Studies in UCC in 1990/1991, we established a one-year taught Masters Degree in Women's Studies in 1991/1992 under the auspices of the Faculty of Arts. The course with a social sciences concentration was run in 1991/1992, 1992/1993, 1995/1996 and 1997/1998. It was given in those years on a team-taught basis by myself (Law), and three other colleagues in UCC representing the disciplines of History, Philosophy and Social Theory and Institutions. The course follows an interdisciplinary model requiring close co-operation between staff and students in facilitating seminars on chosen themes. Minor theses are submitted by students and duly supervised. The weekly seminars were additional to my teaching load in the Law Department. I supervised two MAs in 1991/1992, jointly supervised two in 1992/1993, supervised one solely, one jointly in 1996/1997 and one jointly in 1997/1998. 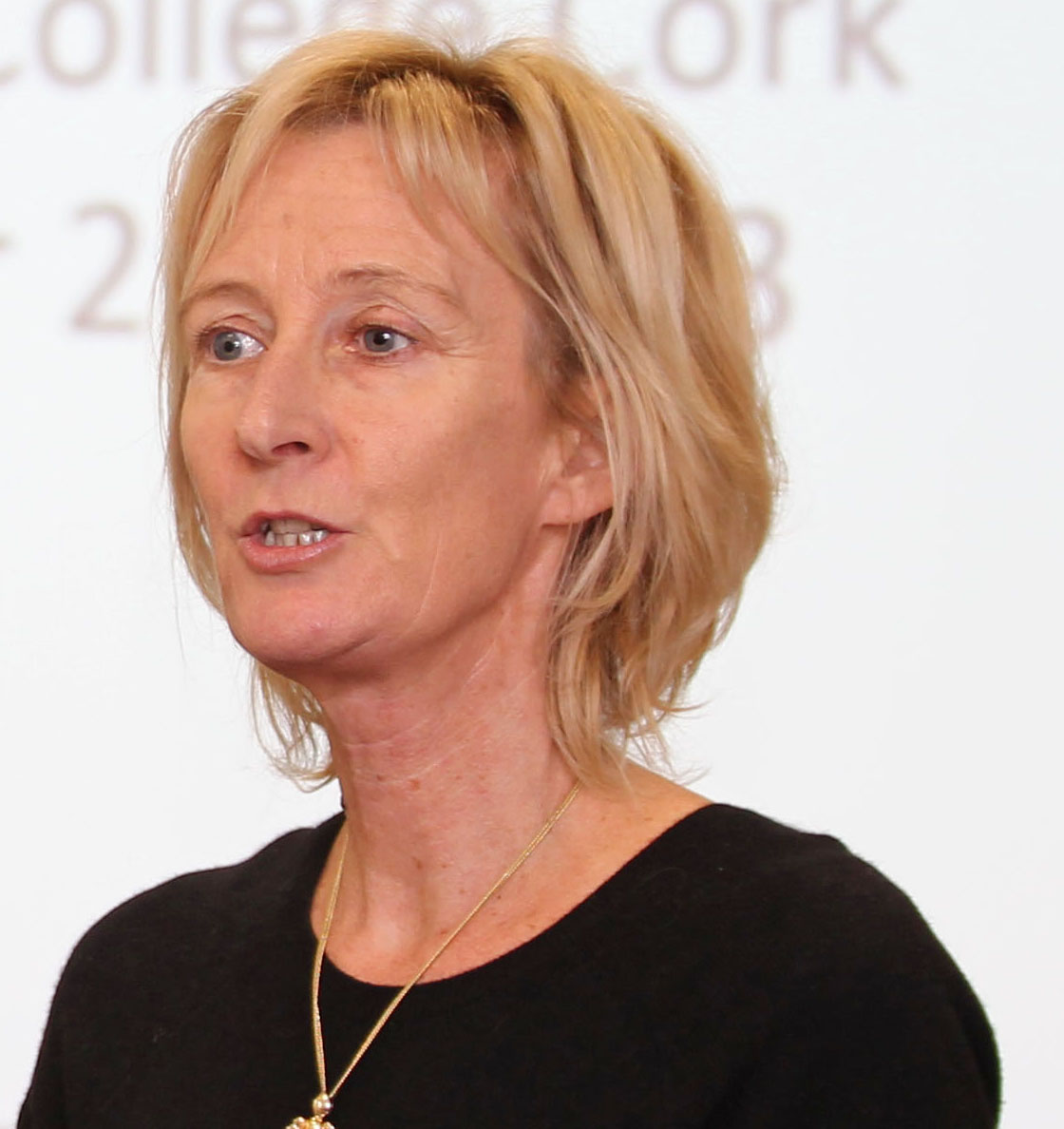