John Carey did his undergraduate and postgraduate studies at Harvard University, where he subsequently taught as lecturer and associate professor; he then held a series of research fellowships before being appointed to his current position at UCC. His research interests include cosmology, apocrypha and vision literature, legendary history, cultural connections between Ireland and Wales, tales of the transmission or recovery of traditional knowledge, and the portrayal of the Irish 'Otherworld'. Depending on demand, he offers instruction in Middle Welsh at postgraduate level.‍

My principal research interests are cosmology, apocrypha and vision literature, legendary history, cultural connections between Ireland and Wales, tales of the transmission or recovery of traditional knowledge, and the portrayal of the Irish 'Otherworld'.My research strategy can perhaps best be summarized in terms of an aspiration to combine close textual and philological work on the primary sources in Celtic studies with their contextualization within the most broadly interdisciplinary framework of which I am capable.  Such an approach is demanding, but in my view affords the best prospects for doing justice to a field in which much pioneering work is still to be done, and where many bridges to cognate disciplines are only now being built.The centre of my work, from my doctoral dissertation onward, has always been the editing of texts.  Going back to the manuscripts themselves in order to encounter the literature afresh is an experience which has never lost its thrill for me.  It is in unravelling the obscurities of the sources that one truly touches the pulse of the tradition; and it is in making those sources more widely and more accurately known that scholars perform one of their most enduring services.  Over the past years a series of editions  of tales, of poems, of apocryphal works has provided the basis for many of my other writings; this will continue to be the case in my involvement in the incipient De Finibus Project, which will produce a collection of editions and translations of Irish eschatological texts.One of the striking features of medieval Irish culture is the continuing importance within it, at every level, of a tenacious pre-Christian heritage.  The extent and precise nature of this continuance is a matter of debate, but its existence cannot be doubted.  I believe that this indigenous dimension cannot be properly understood, however, without an understanding of the imported learning with which it coexisted: it is the sometimes uneasy symbiosis of the elements in this rich intellectual amalgam which gives the tradition its essential character.  With this in view I have constantly attempted to see early Ireland in the context of the Latin Christian world of which it formed a part, taking account not only of Biblical and patristic influences, but also of the murkier world of apocryphal and heretical writings which likewise found their way to this island.
‍

My main aim in teaching is to convey the richness, diversity and inclusiveness, and also the intellectual subtlety and spiritual depth, of the medieval Celtic traditions. At postgraduate level, I am most interested in training students to deal with original texts, and in techniques of dating and editing.
‍ 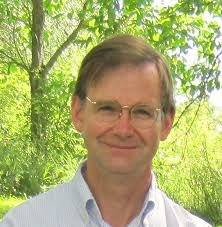