Professor William O'Brien is a graduate of University College Cork where he completed doctoral research in 1987 on the subject of prehistoric copper mining. Prior to his appointment to the Cork chair in 2006, he lectured for 16 years in the Department of Archaeology, N.U.I. Galway. Research interests include the Chalcolithic and Bronze Age in Ireland, early mining and metallurgy in Atlantic Europe, upland archaeology, the study of hillforts and all aspects of monumentality in the later prehistoric period. He has a particular interest in the prehistory of south-west Ireland, where he has conducted numerous research excavations. He has published widely, including ten books on topics such as the Bronze Age copper mines on Mount Gabriel, wedge tomb landscapes in south-west Ireland, his discovery of the Beaker copper mine at Ross Island, Co. Kerry, a study of early settlement landscapes and upland farming in the Beara Peninsula, the first general work on the prehistory of the Cork region, and the first book on Bronze Age copper mining in Europe. Recent work includes a study of hillforts, warfare and society in Late Bronze Age Ireland (2017) and a study of the early medieval royal site of Garranes, Co. Cork (2021, both published by Archaeopress, Oxford, and an investigation of a Late Bronze Age copper mine at Derrycarhoon, Co. Cork (2022). He is currently working on coastal promontory forts in Cork, and the Baltinglass hill fort landscape in Co. Wicklow.‍

My research interests lie in Irish and European prehistory and specifically in three areas: early mining and metal-using societies in Atlantic Europe, the Chalcolithic and Bronze Age in Ireland (c.2500-600 BC), and the later prehistory of south-west Ireland. My published work is marked by inter-disciplinary collaborations with Irish and international researchers. I am an experienced research excavator, with some 30 projects completed to publication, including many sites that are highly significant to our understanding of Irish prehistory.

These studies commenced in 1982 with doctoral research on Bronze Age copper mines and their wider cultural context. I am a leading specialist in this field, having developed new approaches towards the understanding of early metal mines and their role in prehistoric societies. My 1994 publication on the Mount Gabriel complex was the first detailed study of Bronze Age copper mining to be completed in north-west Europe. This was followed by the discovery and investigation of a Beaker/Early Bronze Age copper mine at Ross Island in Killarney. The publication of that work in 2004 is now central to our understanding of the origins of metallurgy in Ireland, highlighting the key role of Beaker cultures in the transmission of metallurgical knowledge in the Atlantic zone. The Ross Island project continues to be one of the most detailed studies of an ancient metal mine conducted anywhere in the world. The project included the publication in 2001 of collaboration with researchers in the University of Oxford, where lead isotope analysis was successfully applied to the characterization of early metal sources in Ireland. I continue to work on early copper mines in south-west Ireland, with recent research on the Derrycarhoon mine near Ballydehob, and several sites in the Beara Peninsula.
This research led to publication of the first general book dealing with prehistoric copper mining in Europe (Oxford University Press, 2015). While interested in the technological aspects of early mining, I have approached this field mostly as a prehistorian concerned with Chalcolithic and Bronze Age societies in Ireland. A example of this is my study of Early Bronze Age megalithic tombs in the Mizen Peninsula published in 1999, which used the beliefs embedded in these monuments as a means of understanding the social context of contemporary copper production and use. The `Sacred Ground' monograph was an important advance in our understanding of the societal context of early mining communities in Ireland, and remains the most comprehensive study of wedge tomb monuments.
From 2001-4 I conducted a study of early settlement landscapes and upland farming in the Beara Peninsula, funded by the Programme for Research in Third Level Institutions (cycle 2). This involved detailed survey and excavation of ancient farmscapes preserved beneath beneath blanket bog in hill valleys, looking at the settlement history of these locations from late prehistoric to medieval times. The publication of this work in 2009 ('Local Worlds') is the first book dealing with early farming and pre-bog farmscapes in Ireland. The Beara project uncovered exciting new evidence for Iron Age agricultural settlement in the south-west peninsulas, a period of prehistory that is not well understood in southern Ireland. In 2004 I conducted a new research programme (The Iverni Project) with funding provided by the Irish Research Council for the Humanities and Social Sciences, which is examining the Late Bronze Age/Iron Age transition in south-west Ireland. In 2004-6 I excavated a large hillfort at Clashanimud, Co. Cork, which has provided important insights into regional warfare and society in the Late Bronze Age. This research is ongoing, with an investigation of the wider late prehistoric/early historic settlement landscape in mid-Cork. That work includes a study of the early medieval tribal centre at Garranes, Co. Cork where I commenced excavation work in 2011. In 2011 I was awarded a Senior Fellowship by IRCHSS to work on a project titled 'Hillforts, warfare and society in late prehistoric Ireland'. This is the first major study undertaken on the subject of warfare in early Ireland. The project reviewed archaeological evidence for inter-regional conflicts during the Late Bronze Age (1300-600 BC), with specific reference to the position of hillforts in that society. The project was published in a series of articles and as a final monograph  (O'Brien and O'Driscoll 2017, Hillforts, Warfare and Society in Bronze Age Ireland. Archaeopress, Oxford). In 2021, I published a monograph on the early medieval royal site at Garranes, Co. Cork with my colleague, Nick Hogan.‍

I deliver foundation teaching over two-thirds of the academic year to First Year Archaeology students in our three BA degrees (CK101 Arts, CK107 Geographical and Archaeological Sciences and CK123 Anthropology). This provides an introduction to the discipline of archaeology, its history, theoretical concerns and methods, as well as a general introduction to Irish prehistory. I am programme coordinator for first year Archaeology, and Director of the new BA in Anthropology degree in UCC. At second and third year BA level I deliver foundation-level teaching in European later prehistory (AR2033 Chalcolithic and Bronze Age Europe) and advanced teaching on Irish prehistory (AR3055 Transitions in Prehistory). I also coordinate and teach on modules dealing with landscape archaeology (AR3053), archaeological theory (AR2016) and artifact studies (AR2014). 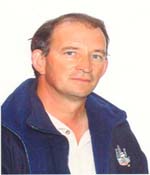