I am the Programme Director of the MA in Museum Studies (https://www.ucc.ie/en/ckd09/) and a lecturer in the Department of Archaeology at University College Cork, where I teach in the areas of museum studies and medieval archaeology.

I am a graduate of University College Cork (BA, MA, MBS, PhD) where I completed my doctoral thesis in 2007 on ‘The Cross of Cong and Church Metalwork from Romanesque Ireland’ in the Dept. of Archaeology. I have also studied at postgraduate level at both the University of Copenhagen and the University of California Los Angeles. I hold both a Master's Degree in Archaeology (2002) and a Master's Degree in Management and Marketing (2015).

From 2007 to 2012 I worked in the museum sector, in both the National Museum of Ireland and Kerry County Museum, in the area of collections. Between 2012 and 2014 I undertook an Irish Research Council funded post-doctoral research project on Irish and Scottish medieval crosiers in the Department of Archaeology, UCC. From 2015 to 2019, I worked in Adult Continuing Education at UCC, where I was Centre Manager, as well as a Programme Coordinator and a part-time lecturer.

'Digital atlas of early Irish carved stones’ with Dr Tomás Ó Carragáin (PI) & John Sheehan (CoI) of UCC, and Dr Paddy Gleeson (CoI) of Queens University Belfast. This two-year research project (2022 – 24) is funded through the Irish Research Council - COALESCE INSTAR+ Scheme.
This project brings together archaeologists from the private, university, and state sectors, in partnership with community groups, to deliver a step-change in both the academic understanding and public appreciation of carved stone monuments of late prehistoric and early medieval date (c. AD 1–1200). Harnessing the results of recent in-depth research, new layers of standardised data will be added to the records of the Irish National Monuments Service (NMS) and the Northern Irish Historic Environment Division (NIHED) in ArcGIS to create the Digital Atlas of Early Irish Carved Stones (DAEICS), a powerful new tool to tackle an array of pressing research questions, and a critical enabler of further targeted research. In collaboration with local communities, detailed studies of three important groups of carved stones will showcase how DAEICS can make a vital contribution to our understanding of Ireland’s past.
‘Urnes Stave Church and its Global Romanesque Connections’ with Dr Kirk Ambrose of the University of Colorado Boulder and Dr Margrete Syrstad Andås of the Norwegian University of Science and Technology. This has culminated in a research publication which focuses on the UNESCO World Heritage Site at Urnes in Norway. Dr Murray is both a contributor to, and a co-editor of, this monograph, which has been published by the academic publisher Brepols in 2021 as part of their Studies in the Visual Cultures of the Middle Ages. This project was funded by the Norwegian University of Science and Technology, University of Colorado Boulder, UNESCO, and the Society for the Preservation of Ancient Norwegian Monuments.
‘Europa im Frühmittelalter: Groβbritannien und Irland’with Dr Sonja Marzinzik of Archäologische Staatssammlung München and with Dr Frazer Hunter and Dr Martin Goldberg of the National Museums of Scotland. This is part of a larger research publication project which is examining the archaeology of early medieval Europe. Funded by Zentrum für Baltische und Skandinavische Archäologie, Schleswig, Germany. This will culminate in a chapter on Britain and Ireland as part of an ambitious major new book on the archaeology of early medieval Europe to be published in late 2022/2023.
‘Insular Crosiers: Power and Devotion in Medieval Ireland’ this research project, first funded by the Irish Research Council in 2012 – 2014, has developed since then and in 2021 saw the publication of a paper in Proceedings of the Royal Irish Academy, with a conference paper presented at the ‘After the Book of Kells: Insular Art in Scotland and Ireland, c. 900 to 1900’ on 5 March 2022, which will be published in the proceedings with Edinburgh University Press in 2023. A monograph to be published by the National Museum of Ireland is in preparation.
‘St Manchan’s Shrine: art and devotion in twelfth-century Ireland’ with Mr Kevin O’Dwyer, photographer and metalsmith. This project will see the publication of a book in August 2022. Funded by the Heritage Office of Offaly County Council and the Creative Ireland programme.

Research Interests
I am an archaeologist with a primary research interest in metal (non-ferrous) artefacts from medieval Ireland and the Insular world (AD 400 – 1550). While principally publishing in the area of Insular metalwork within its European context, I have also published research on medieval craftsmen, Insular-Scandinavian relations, Viking art, museum and antiquarian collections history, provenance research, the biography of objects, and on objects as agents of power and devotion within medieval society. My research has been enhanced through interdisciplinary collaboration with scientists, linguists, and art historians, both within, and outside, of Ireland.   I have a particular research focus on the globally important corpus of medieval ecclesiastical metalwork from Ireland. In this area I have published research on some of the most important medieval Christian objects in Europe dating from the tenth to the thirteenth centuries, including for example: the Cross of Cong; St Manchan’s Shrine; St Laichtín’s arm-shrine; the Breac Maodhóg reliquary, the Cashel, Clonmacnoise, Innisfallen, ‘Kells’, and Lismore crosiers; and on bell-shrines. Most of these objects are on display in the ‘Treasury’ exhibition in the National Museum of Ireland, or form part of medieval exhibitions in the NMI and British Museum.

I am also interested in Insular-Scandinavian relations in the period from AD 793 to 1169 through the study of material culture. I continue to research the impact of Viking raids on religious treasuries in the Insular world and how that material was treated and perceived in Viking-age Scandinavia. I am also concerned with the impact that Viking art had on Ireland and what this may tell us about shifting political, religious, cultural, and ethnic identities.
Furthermore, I am interested in the history of museum and antiquarian collections, and have published on the development of the Royal Irish Academy’s museum in my monograph on the Cross of Cong, as well editing a volume on, and publishing on, Ireland’s most important antiquarian collector, Robert Day (1836-1914). Coupled with my interest in antiquarian collections, is my interest in provenance research, which features prominently in my published work. Fundamentally, I am interested in objects as symbols of, and agents of, power and authority in society, while I am equally concerned with the biography of objects and how their meaning and significance changes both through time and in different cultural contexts.PhD SupervisionI am currently supervising the following PhD research projects:
Maeve Sikora, CACSSS Employment-Based PhD Scholarship, project: ‘Feasting and Dinning Vessels in Early Medieval Ireland’ https://www.ucc.ie/en/archaeology/research/postgraduateresearch/maevesikora/#d.en.1250385
Shauna Allen, CACSSS Excellence Scholar, project: ‘Curating Change: A Trans-Atlantic Study of Activism in Museums’ https://www.ucc.ie/en/archaeology/research/postgraduateresearch/shaunaallen/
Margaret McCabe, project: ‘Repatriation Claims on Cultural Material from Former British Colonies in Museums in Britain and Ireland: Using Experiences to Effect Change’ https://www.ucc.ie/en/archaeology/research/postgraduateresearch/margaretmccabe/
I welcome research students in the following areas:

I am the Programme Director of the MA in Museum Studies. I teach in the areas of Museum Curation and Exhibition; Artefact Studies; and Medieval Archaeology. Most of my teaching is led by my professional experience and the research I am actively engaged in. I currently teach on the MA in Museum Studies and on the undergraduate programmes in Archaeology and Anthropology, while I have also taught on part-time outreach programmes. I coordinate the following postgraduate and undergraduate modules: 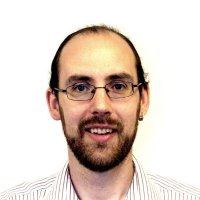