A graduate of University College Galway, he worked as Director of the Iveragh Peninsula Archaeological Survey before joining the Department of Archaeology in 1989. His research interests include the Vikings, specifically Viking-age silver hoards in Britain and Ireland, and Viking-age settlement in the North Atlantic region, as well as the ecclesiastical archaeology of Early Medieval Ireland. He has published widely on these subjects. He was the recipient of UCCs Arts Faculty Research Achievement Award in 2001 and is a former member of the Heritage Council and of the Board of the National Museum of Ireland.‍

My primary area of research is concerned with Ireland's Viking Age gold and silver hoards.  Arising from this focus, however, I have also conducted research on related hoards from Britain and Scandinavia as well as on other aspects of the Viking Age and of its economy. I have published widely on these topics over the past twenty-five years. This focuses on the Viking Age social and economic systems of the Irish Sea region within the context of Scandinavia and the North Atlantic. It includes a variety of artefact studies, case-studies of various hoard types, both in Britain and Ireland, and a consideration of related social and economic issues. The approach, though firmly based in archaeology, is an interdisciplinary one and draws on historical and literary sources as well as economic anthropology. Viking gold and silver hoards do not exist in a vacuum, and consequently this research leads me into other areas of Viking archaeology, such as rural settlement and the longphort phenomenon.

My research areas include Early Medieval ecclesiastical archaeology, both in Ireland and the Faroe Islands. In the former area I directed a long-term excavation, at Caherlehillan, of what has proven to be the earliest known ecclesiastical site in Ireland. In the latter area the Makings of the Faroes project, which is interdisciplinary, examines Irish and Hiberno-Scandinavian elements in the ecclesiastical settlement of the Faroe Islands and involves a re-evaluation of archaeological, historical and linguistic data against the background of new archaeological field-work data.

My main teaching interests concern the archaeology of the Viking Age. I deliver two modules on this subject area, one concerned with the Scandinavian settlement of the North Atlantic region (AR2027), the second with the Viking-age in Britain and Ireland (AR3037). I also deliver modules on the archaeology of Early Medieval Ireland (AR2034) and on Professional Practice in Archaeology (AR3047), and contribute to a module on artefact studies (AR2014). In the postgraduate area, I deliver a module entitled The Museum in the 21st Century (AR6022). ‍ 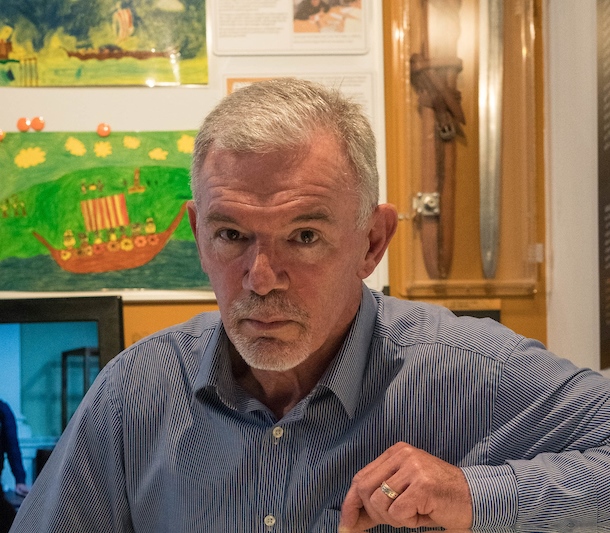