After excavating various archaeological sites around Ireland for a couple of years, I  worked in a variety of European cities, including Toulouse and Strasbourg. Following a stage in the European Commission, I began a doctoral programme in Florence at the European University Institute. During my studies, I was lucky enough to spend time as a visiting student at the Australian National University, under Dr James Jupp, and at the Refugee Studies Centre in the University of Oxford as a visiting fellow.

I obtained my PhD from the EUI in late 2009. Subsequently, I co-wrote an extensive funding application for the Irish Refugee Council for the establishment of a database for European asylum law, which received substantial sponsorship from the European Commission's European Refugee Fund. In 2010, I spent several months at New York University as a visiting fellow on an NYU-CRNS project entitled 'Memory and Memorialization'. Later that year, I returned home to Dublin, where I taught at University College Dublin until October 2012 before taking up my current post-doctoral research position on the Emigre project at the Department of Geography, University College Cork.

My principal research interests are 1) migration - especially out of and into Ireland and Italy, 2) memory and 3) sports history.

Sept. 2011-Dec. 2012: Adjunct lecturer, School of History and Archives, University College Dublin. Courses: ‘Ireland: From Emigration to Immigration (and back again?), 1945-present’ & 'Migration and Europe since 1900'.

Sept. 2011-May 2012: Part-time lecturer for the Liberal Arts and Trinity College Dublin Access Programme (TAP) at Liberties College, City of Dublin VEC. Courses taught: ‘Migration and Ireland since the Famine' and ‘Inter-war Europe’. 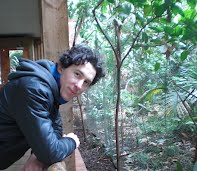