Born in a seaside town and growing up on a small island then, not surprisingly, I have long been drawn to things of the coast and sea: a youth 'mis-spent' in beachcombing! Graduating in the 1970s from the Universities of Durham and Cambridge (UK), my long- term interests in physical geography and the Earth environment reflects this attraction to coasts.  Linked but wider interests include research in areas of Quaternary Science and palaeoenvironmental reconstructions, particularly as applied to coastal environments, through the study of diatoms and vegetational history.

My early research centred on London and the coasts of southern England, with PhD work on the analysis of sea-level changes and land subsidence in the Thames estuary. Aspects of these studies also included the environmental reconstruction of ancient coasts and the vegetational history of the region. Moving to Cork in 1977 this coastal-based research has continued in Ireland and also more widely, in the eastern USA, in Atlantic Europe from Scandinavia and the Baltic to Mediterranean Spain, Australia, Tahiti and New Zealand. This work has led to the publication of research papers, monographs and books on many aspects of sea-level changes and coastal processes. This includes work on tsunamis, past shorelines and linked coastal palaeoenvironmental reconstructions, the development of landbridges and their use in plant and animal migration, work in areas of the marine sciences, particularly of Shelf sediment movements and geomorphology, and in issues of coastal management and governance. Since the late 1990s, concerns for the repercussions of climate warming and sea-level rise have resulted in work, using numerical modelling approaches, on the assessment and projections of the impacts of changes in storminess patterns on European Atlantic coasts.

In 1992 this focus upon coastal research led to the founding of the Coastal Resources Centre in UCC, subsequently the Coastal and Marine Research Centre (CMRC), of which Prof. Devoy was Director till 2002, and which was incorporated recently (November 2014) into Beaufort, UCC. Activities in the CMRC have involved many different types of marine-related work at both research and commercial levels. The Centre, as linked to Geography and other University departments, has provided technical training for students and long-term jobs for graduates interested in the coastal and marine environments, together with a long running Masters programme in Coastal and Marine Management through the Department of Geography.

These interests in coasts have spilled over into work upon many other aspects of Earth environmental studies and has included research on glaciations and Ice Age events in Ireland, the development of lakes, rivers and river catchment management, boglands and on deep-sea environments.  Current studies include research upon themes of coastal erosion, wave, sediment and water dynamics, together with linked issues of coastal management and governance, energy and natural resources uses of the European Atlantic margins, as coupled with marine spatial planning.

Physical geography is as much about people as it is about the analysis of environmental functioning. An aim of studying the Earth environment is to provide better knowledge of how it operates, enabling people to find improved ways of living and working in the environment. Communicating the results of environmental research has been an important part, therefore, of my contribution in helping promote this aim. This has led to regular newspaper, TV and film coverage of coastal management, sea-level and related climate change topics. Community based work also includes the development of university continuing education courses (UCC) in Environmental Studies and in the development in the 1990s of the Diploma in Environmental Science and Social Policy, together with coverage of people's interests in relationships between beliefs, God and the environment, through talks on Faith and Science.

Contributions covering a wide range of lecturing, fieldwork and other teaching activities, together with administrative work have been made by Prof. Devoy, both within universities (nationally and internationally) and in the public domain (e.g., areas of Adult and Continuing Education, different community groups, local public and in government bodies, professional technical groups (e.g. the GSI, EPA in Ireland) and in newspaper, radio, TV and other media work, over a university career of 40 years. These varied education and research programmes have involved the use of personal expertise and technical skills covering many subject fields. This work has promoted significantly inter-disciplinary teaching and research in the university and wider community. Additionally, international university teaching, student and staff exchange networks have been devised and set up (e.g., Erasmus & Socrates). Other research-led student exchange programmes within Masters and PhD programmes have also been innovated in the coastal and marine sciences fields, involving universities in Europe, Canada, Brazil, Australia and the USA. He continues with part time teaching in University Masters (Coastal Management), PhD supervisions and is the University’s Ombudsman for Student Affairs.

Synopsis of Areas of Career Contributions:-

Publications and Reviews - Papers include more than 90 publications as research papers, review articles in national, international journals and chapters in refereed books (since 1977); dealing with themes in coastal science, storminess and wave modelling, climate and environmental changes, coastal management, palaeo-environmental reconstructions and vegetational history. Worked as a referee/ reviewer for >180 reviews/ referee's reports on books, international journal papers, national and international science research funding applications etc. and was formerly an Editorial Committee member of the Journal of Coastal Conservation and other academic publications. Further detail of a selection of these publications is given elsewhere in this web profile (see Publications).

Post-graduate Supervision - Supervision of Masters (by thesis) and PhD Students, approximately 20 students have been supervised in the last 10 years. External examiner for University departments, as examiner of undergraduate degree programmes, of postgraduate awards at Masters, PhD levels, of postdoctoral awards (DSc) and as member (External Examiner) on University appointments and promotional boards.

Awards and Grant Income - Nobel Prize Award (Peace), as a Lead Member of the Intergovernmental Panel on Climate Change, 2007. As the Projects' developer, Director and chief scientist of >30 major research projects, won between 1979 - 2012. These have generated research funding income (from c.1990 - 2012), together with Prof. Devoy’s research contributions in the CMRC and CCCS, to the value of c.€5.9M. Director of two Research Centres, The Resources Environmental Management Unit (REMU) (joint Founder) and subsequently the CMRC (Founder), which has won international recognition as a Centre of excellence in coastal research.

Prof. Devoy is currently involved in the development of scientific contributions to and the direction of a range of research projects and consultation through Beaufort in the Coastal and Marine Research Centre (CMRC), UCC and as linked to the Department of Geography’s research cluster Changing Coasts, Climates and Societies (CCCS) (see Department of Geography (web siteshttp://www.ucc.ie/en/geography// and http://cmrc.ucc.ie/).

Regular and other involvement (Board Member) in Institutes/ Centres:-

Contributions covering a wide range of lecturing, fieldwork and other teaching activities have been made by Professor Devoy, both within universities (nationally and internationally) and in the public domain (e.g., areas of Adult and Continuing Education, different community groups, local public and government bodies etc.; the newspaper, radio and TV media) over an academic career of 40 years. In the formal, university context, more than 25 different individual core teaching courses (modules) and 6 full degree programmes have been devised, innovated and administered at both undergraduate and postgraduate levels. This work has been focussed primarily upon developing areas within Physical Geography, and in the setting up of Earth Science, Marine Science and Oceanography and Environmental Science in UCC. Courses have been developed in  particular in, biogeography, cartography and surveying, field science teaching, geomorphology, the philosophy of science, Quaternary science, palaeoenvironmental reconstruction, oceanography, coastal science, coastal modelling and coastal management. The modules have been presented to a wide range of class sizes, from small groups of 7-10 students – to groups of 200+ in size. Tutorials and Dissertation supervision have been of especial interest and concern.

These modules and programmes have involved the use of personal expertise and technical skills covering many subject fields, and the work has promoted significantly inter-disciplinary teaching and research in the University and wider. Additionally, international university teaching, student and staff exchange networks have been devised and set up. These were first developed and co-ordinated in Geography by Prof. Devoy under the EU ERASMUS – SOCRATES schemes (first begun in Geography, c.1986), but have been widened to other disciplines. Other research-led student exchange programmes within Masters and PhD programmes have also been innovated in the coastal and marine sciences fields, involving universities in Europe, Canada, Brazil, Australia and the USA. Innovation of Diploma and shorter courses in Environmental Science and areas of Social Policy were first developed and taught within Adult and Continuing Education by Professor Devoy. These have been important in stimulating and developing the different strands of the degree teaching.

Current 2014/ 2015, Prof. Devoy continues to contribute to a number of modules (in particular, dealing with coastal processes, coastal governance and mangement and dissertation supervision in the new MSc Programme in Coastal and Marine Management (Co-ordinator, Darius Bartlett, Department of Geography).  He also contributes lectures to lectures+ to Module AR3050 on Palaeoenvironmental Reconstructions in Archaeology & Geography and to the Course in Oceanography in the NMCI. 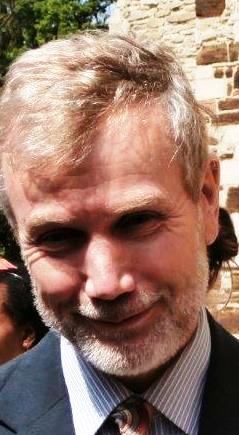