I am a Senior Lecturer in Applied Social Studies, having joined the School in 2012. I teach across a range of programmes in the School and am currently Director of the Doctor of Social Science programme. I previously worked in UCC as Research Coordinator in the Institute for Social Sciences in the 21st Century (ISS21) and as Research Fellow in the Department of Geography (from 2003 to 2009).

My research interests lie in the areas of migration, childhood/youth and gender equality, and I have published widely in these areas. I am a Research Associate of ISS21 and coordinator of the ISS21 Migration and Integration Research Cluster.

I joined UCC in 2003, and directed the all-island Narratives of Migration and Return research project  from 2003 to 2005, which involved collecting life narratives of Ireland's recent return migrants. In 2005, I was awarded a Marie Curie Excellence Grant to lead the Migrant Children project from 2005 to 2009 - a team project which explored the experiences of children who migrated to Ireland during the boom years. More recently, I was Scientific Coordinator in UCC of GENOVATE - an EU action-research project on gender equality in research and innovation.

My research interests coalesce around the themes of migration/diaspora, childhood/youth, gender, equality, rurality and identities and the use of qualitative research methods such as life-narrative and children-centred methods. My research has focused in particular on understanding young people’s and migrants' lives and identities within their socio-spatial contexts. Throughout my research career, I have sought to contribute to in-depth understandings of the power relations inherent in and the multiple lived realities of being young or being migrant, in and of contemporary Ireland.

I have made contributions in the following areas:
Between 2005 and 2009, I led a major Marie Curie Excellence team project on migrant children's experiences of moving to and living in 'Celtic Tiger' Ireland. As part of that project, I explored the experiences and identity processes of children who moved to Ireland with their return migrant parent(s), focusing in particular on family and peer dynamics, negotiations of inclusion/exclusion and identities, and on relationships with place. This was set within the context of intergenerational relations within families, in particular child-parent relations, and involved the use of children-centred research methods.Throughout my research career, I have had a keen interest in issues of equality and gender in academic labour markets, with a particular focus recently on action research on addressing gender inequalities in academic and research careers, while in the past I have conducted research on the casualisation of the academic labour force and on the gendered nature of the discipline of Geography in Ireland. From 2013 to 2017, I was Scientific Coordinator in UCC of GENOVATE, an FP7-funded European project on gender equality in research and innovation (www.genovate.eu).
Some research projects I have been involved in...
GENOVATE: Transforming organisational cultures for gender equality in research and innovation; FP7 Science and Society; 2013-2016 (Scientific Coordinator)
Through the Glass Ceiling: Career progression for women academics and researchers; Pobal Equality for Women Measure; 2010-2011 (Principal Investigator)Transnational Childraising Arrangements between Africa and Europe; Norface Migration Programme; 2010-2012 (Team member)Migrant Children: children's and young people's experiences of immigration and integration in contemporary Irish society; Marie Curie Excellence Project, 2005-2009 (Principal Investigator and Team Lead)Narratives of Migration and Return in Contemporary Ireland; HEA North-South Project 2003-2005 (Project Coordinator)Migration and Networks of Care in Europe; Eurocores/ESF 2006-2010 (Team member)Young Farmers and Farming Life in Contemporary Ireland: the social and cultural implications of rural restructuring; NIRSA Postdoctoral Fellowship, 2001-2003Migration, Power and Identity: life-path formation among Irish rural youth; PhD project; Department of Geography, University of Liverpool, 1993-1997  Research project supervision and mentorship
Dr. Mastoureh Fathi, 'Youth Home', Marie Sklodowska-Curie Fellow, ISS21, 2019-2020 (Mentor)Dr. Monica O'Mullane; 'GendeResearchIreland', Marie Sklodowska-Curie Fellow, ISS21, 2018-present (Mentor)
Dr. David Ralph; Transnational Commuting; Marie Curie Intra-European Fellow, Institute for Social Sciences in the 21st Century, UCC, 2013-2015 (Mentor)
Dr. Caroline Crowley; Farm Succession and Diversification: expectations, potential and outlook; IRCHSS Government of Ireland Postdoctoral Fellow, Department of Geography, UCC, 2007-2009 (Mentor)
Dr. Robert Bolton: ‘It feels like you’re in Funderland’: An Ethnographic Study of the Performance of Masculinities in Youth Cafés; PhD co-supervision, School of Applied Social Studies; conferred 2018
Dr. Fiona Kelleher: Growing up in the Revanchist City: place, teenagers and urban identities; PhD Co-supervision, Department of Geography, UCC; conferred 2014Dr. Susan McDonnell: States of Play: Irish chidhoods, race and belonging; PhD Co-supervision, ISS21/ISSP PhD Fellow, UCC; conferred 2015 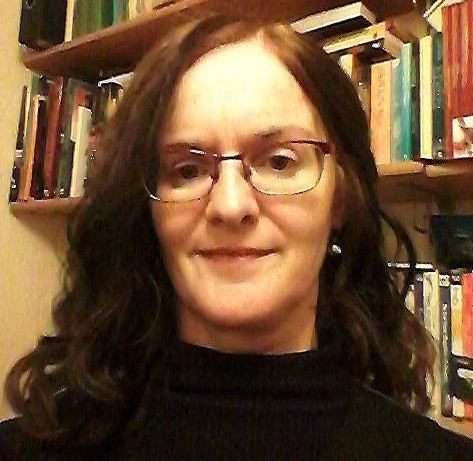