My research and teaching are centrally concerned with social imaginaries of progress, health and medicine. I am interested in radical utopian movements that refuse to reproduce the ways of thinking, living and being that create the life-destroying injustices of patriarchy and consumer capitalism. This interest has sparked critical exploration of the promises of “commons” movements, focused on knowledge, water and the body..
Against the background of public disquiet in Ireland about the uncared-for dead bodies of women and children who died in so-called Mother and Baby Homes, people whose lives, deaths and remains did not matter, my recent research has focused on searches for ways of thinking about the dead body that trouble and go beyond prevailing intellectual frameworks, particularly the “remains as resources” thinking offered by modern medicine and the seemingly limitless bioeconomy. I am also interested in our collective amnesia about modern medicine’s origins in and ongoing careless reliance on exploitation and appropriation of the bodies of the dispossessed, and the urgent need for speculation about more socially just and careful healthcare practices.

Recent research and publishing projects in which I have been involved include:
Living Well with the Dead in Contemporary Ireland, a research project funded by Wellcome and undertaken in collaboration with Joan McCarthy and Róisín O’Gorman, and others (see https://livingwithdead.wixsite.com/website)
Síreacht. Longings for Another Ireland, a new book series published by Cork University Press and co-edited with Rosie Meade, Fiona Dukelow and Heather Laird (see http://sireacht.ie/)
Water, Anti-Privatisation Struggles and the Commons, a special issue of the Community Development Journal, co-edited with Patrick Bresnihan and Mark Garavan (see https://academic.oup.com/cdj/issue/54/1).

Together with my friend and colleague Rosie Meade, I am co-editor of the Community Development Journal (see https://academic.oup.com/cdj )

Other research projects in which I have been involved include a 2015 study of complaints submitted to the Medical Council; EPOKS, European Patients’ Organisations in Knowledge Society, an EU-funded 2009-2012 study of the contributions of patients' organisations and health activists to the production of knowledge about health and medicine, and a Royal Irish Academy-funded study of patients’ organisations’ modes of engagement with pharmaceutical corporations.
Visiting scholarships and research residencies have contributed enormously to my on-going learning. These have included spells at the University of Amsterdam’s Institute for Social Science Research, the Department of Anthropology at the University of California, Berkeley, and participation on the Yale–Hastings Center Visiting Scholar Program in Bioethics. Most recently, I had a research residency at the Swiss Brocher Foundation for  research on the ethical, legal and social implications of medical research and biotechnologies.                                      ‍

Research and teaching interests  - radical social movements, patients' organisations and health social movements, democratising the production and use of science and technology for public purposes,  feminism and strategies of resistance, the commons, the body, history of anatomy and its inheritances   ‍ 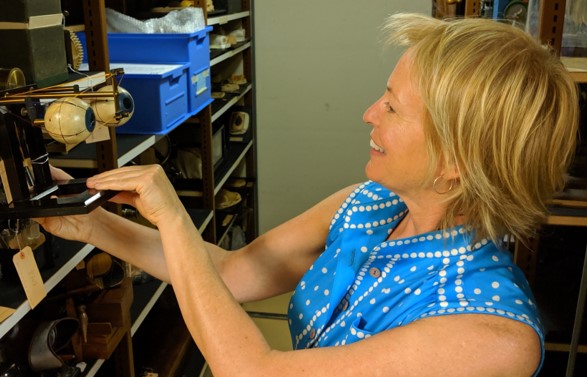