Heather Laird was appointed as a Lecturer in English in UCC in 2005. She was raised on a farm outside Carrick-on-Shannon, Co. Leitrim and attended schools in Boyle, Co. Roscommon and Sligo town.  She completed a doctoral thesis at University College Dublin and was the James and Mary Fox Postdoctoral Fellow with the Centre for Irish Studies at NUI Galway. She is the author of Subversive Law in Ireland, 1879-1920 (2005) and Commemoration (2018), and editor of Daniel Corkery's Cultural Criticism: Selected Writings (2012).  She is an Editor of Sireacht: Longings for Another Ireland, a series of short, topical and provocative texts that critique received wisdom and explore the potential of ideas commonly dismissed as utopian. She has considerable experience of communicating her research outside the university, in the form of public lectures, interviews on local and national radio, RTE Brainstorm articles and television appearances. She is currently External Examiner at Ulster University.‍

I am a postcolonial scholar whose research interests cross traditional disciplinary boundaries.  These interests include theories and practices of resistance, particularly as they relate to land usage; critical/radical historical frameworks; commemoration; connections between Ireland and India; law and literature; the intersection between class and gender; and Irish culture since the early nineteenth century. My research challenges historical/cultural analyses grounded in an imperial power politics and colonial capitalism that have helped produce our contemporary crisis-afflicted world, and is committed to the project of reimagining and remaking that world.
KEY PUBLICATIONS:
Commemoration (2018): Written during Ireland's Decade of Centenaries, this book proposes ways that we can make the roads untaken in history visible and 'remember' them.  A commemoration process shaped by a desire to re-invigorate the social imagination and encourage speculation on alternatives to current orthodoxies considers not only what happened in the past, but what else might conceivably have happened.  Commemoration links the untaken roads of the past to side-branching roads in the present: real possible alternatives to dominant ways of thinking and being, outlining commemorative practices that could connect these two sets of roads. The book is described in The AAG Review of Books, as 'an excellent guide' to the 'questions of history and memory raised by the Decade [of Centenaries]', while a reviewer, in The Irish Catholic, refers to Commemoration as an 'eloquent book, written with great passion' that is 'required reading for anyone with an interest in the burgeoning field of public history.' Subversive Law in Ireland (2005): In this book, I demonstrate that the so-called unwritten 'agrarian code' of popular justice, though often depicted in political and fictional writings as anarchic and pathological, was pro-social as opposed to anti-social, emanating from an alternative moral code whose very existence undermined the legitimacy of the colonial civil law.  Subversive Law in Ireland has been cited in numerous scholarly publications and reviewed favourably in a broad range of academic journals.  David Lloyd, a pioneer of Irish postcolonial studies, claims that the book makes a 'magnificent and indispensable contribution' to the postcolonial project initiated by Frantz Fanon.  The internationally-renowned historian and cultural critic, Peter Linebuagh, has described the book as 'sophisticated and challenging', stating that 'the past is not written in stone but frozen in ice awaiting passionate histories such as Laird's to melt and release into the present its rushing waters.'  Daniel Corkery's Cultural Criticism: Selected Writings (2012): This edited collection offers a unique insight into Daniel Corkery's wide-ranging cultural concerns, encouraging the reader to situate Corkery within twentieth-century anti-colonial intellectual debates.  In her Irish Times review, Angela Bourke, a renowned scholar of Irish culture and the Irish language, refers to the book's Introduction as an 'elegant' piece of writing that 'carefully situates Corkery's publications among the kinds of international resistance to colonial mind games that have made the French-Algerian Frantz Fanon, the Kenyan Ngugi wa Thiong'o and the Indian Homi K. Bhabha stellar names in critical theory.'

My two main areas of teaching are prose fiction and theory.  I teach a broad selection of courses in each of these areas across a range of levels and in a variety of different classroom situations.  My teaching in the area of prose fiction since 2005 includes:EN1001 Foundations of Fiction; EN1003 Introduction to Modern Literature (colonial/postcolonial literature); EN2071 Women and Literature (women's writing); EN3041 Twentieth-Century Fiction; EN3076 Contemporary Literature and Culture; EN3079 Contemporary Fiction and Drama; EN3073 Victorian Literature; EN3106 Twentieth-Century Popular Fiction; EN3006/3007 Africa in Fiction; EN3006/3007 Twentieth-Century Popular Fiction; EN3006/3007 The Writings of John McGahern; EN3006/3007 Reading Ulysses; BA Asian Studies: South Asian Postcolonial Literature; MA Irish Writing and Film: Land War Fiction; MA Irish Writing and Film: James Joyce Ulysses/James Joyce's 'The Dead'; MA Irish Writing and Film: Colonial/Postcolonial Literature; MA Modernities: James Joyce Ulysses; MA Modernities: Postcolonial Literature; MA Women's Studies: Romantic Fiction; MA Women's Studies: African Women's WritingMy teaching in the area of theory over the last five years includes:EN1001 Foundations of Fiction; EN1004 Theories (Postcolonial Theory and Marxist Theory); EN2071 Women and Literature (Feminist Literary Theory); MA Irish Writing and Film: Irish Cultural Criticism; MA Irish Writing and Film: Postcolonial Theory; MA Modernities: Postcolonial Theory; MA Women's Studies: Feminist Literary TheoryFrom the very beginning of my teaching career, I have been keen to make my classroom practice as intellectually exciting as my research. In order to achieve this goal, I have sought advice from colleagues, reflected upon the teaching practices and strategies of my favourite teachers, and familiarised myself with the most recent pedagogical research on lecturing, leading discussions, course design and grading. Since commencing work at University College Cork, I have completed a Postgraduate Certificate in Teaching and Learning in Higher Education and a Postgraduate Diploma in Teaching and Learning. I believe that my role in lecture and seminar classes is not only to communicate information and ideas, but also to help students develop the skills and competencies that they need to become literary scholars.  These skills and competencies - which include the ability to think, read, analyse and write - and best attained through teaching and learning activities that place the students at the centre of the learning process.  The learner-centred model of teaching and learning that I employ is also referred to as "active learning" in that it encourages teachers to view students as active doers and participants in the teaching and learning process. It is important that students undertaking an English degree are made aware of the literary canon, but I believe that they should also be encouraged to read lesser-known literary works that - due to issues relating to class, race, gender and sexuality - are not part of the canon.  Included amongst the core texts on my undergraduate seminar course, "Women and Literature", for example, are Charlotte Bronte's classic novel, Jane Eyre, and Tsitsi Dangarembga's Nervous Conditions, the first published novel by a black Zimbabwean woman.  Courses structured around a mixture of canonical and non-canonical texts encourage students to consider the non-literary factors that shape our understanding of what is "good" literature.  In my courses, I focus in depth on the aspects of the course material that are most conducive to student learning as opposed to "covering" all of the course material superficially.  When teaching a novel, for example, I pinpoint specific passages that, when deeply understood, reveal how the author develops character, establishes tension, and creates dramatic movement.  With that understanding, students can read the rest of the novel more insightfully.  My hope is that - as well as learning useful information about literature from different genres and periods of time - the students taking my courses will develop a set of critical reading skills that they can apply to the world of language, literature and culture around them throughout their lifetime.‍ 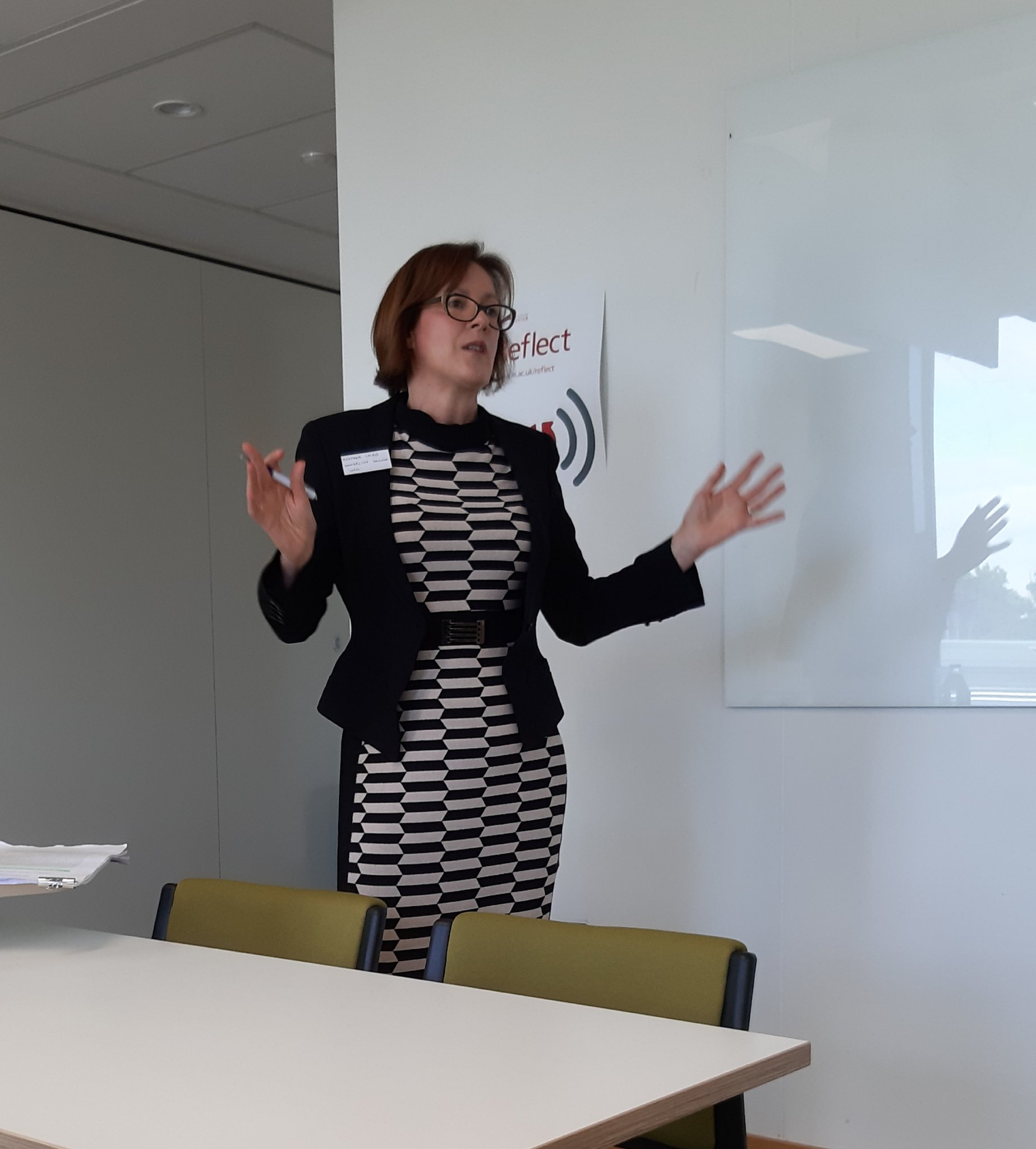