Danny Denton is a writer from Cork, and lectures on writing at UCC. His first novel, The Earlie King & The Kid In Yellow, was published by Granta Books in 2018. His second novel, All Along The Echo, was published by Atlantic Books in 2022. Among other publications, his work has appeared in The Stinging Fly, Southword, Granta, Winter Papers, The Dublin Review, Tate Etc, The Guardian, The Irish Times, Architecture Ireland and The Big Issue. He is also a contributing editor with The Stinging Fly magazine.‍

I am primarily interested in innovative, modernist or postmodernist fiction, but keep an interest in all fictional forms, both short and long.

I lecture on writing, with a particular interest in innovative fiction in both short and long forms.

Having published widely in the prose form, I lecture on modules including Reading The Novel Creatively, The Short Story, Fiction Workshop, Writing For Other Media (which includes components on the long-form essay, podcasting, radio adaptation, blogging & v-logging, among other forms). 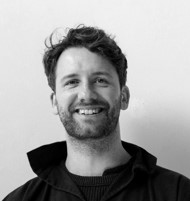