Edel Semple is the co-editor of Staged Normality in Shakespeare’s England (Palgrave, 2019) and Staged Transgression in Shakespeare’s England (Palgrave, 2013) with Rory Loughnane, and of “European Women in Early Modern Drama”, a special issue of Early Modern Literary Studies (2017) with Ema Vyroubalová. Edel has recently published on Shakespearean drama, Shakespeare on film and TV, and the 17th century pamphleteer John Taylor the Water Poet. Current research projects include explorations of fictional depictions of Shakespeare's family on screen and stage, of sex-workers in early modern city comedy, and an edited collection on Shakespearean Biofiction (with Ronan Hatfull of the University of Warwick).
Edel previously held an Irish Research Council New Foundations award for the project "Celebrating Shakespeare 400: Performing Pericles, Prince of Tyre." She has presented her research on early modern literature, gender studies, and adaptations and appropriations of Shakespeare across Ireland, the UK, Europe, and North America. For several years, Edel has coordinated the “Shakespeare in Ireland” scholarly blog, promoting and reporting on early modern events and research across the island. She received her PhD from University College Dublin in 2011 for a thesis on representations of whoredom in early modern literature. ‍

My research focuses on gender in Shakespearean drama and Shakespeare on film, including adaptations, appropriations, and the portrayal of Shakespeare as a character (biofiction). More broadly, my research interests encompass early modern drama; the early modern city; transgression and criminality in the Renaissance; 'cheap print' and the work of John Taylor, the Water Poet.

Research Grants
I was awarded an Irish Research Council New Foundations grant in 2016 for a project entitled "Celebrating Shakespeare 400:  Performing Pericles, Prince of Tyre." This project made a unique contribution to the worldwide celebrations of the Shakespeare quartercentenary in 2016; inspired interest in Shakespeare’s lesser-known drama; and cultivated collaborative networks between scholars, theatre practitioners, and the general public. These objectives were achieved through 1) a staged reading of Shakespeare’s critically neglected play Pericles, Prince of Tyre (c.1606), 2) a linked public lecture, and 3) College of Arts masterclass / graduate workshop. Directed by Sinead Dunphy, the dramatic reading was performed by students from UCC's Drama department and LittleShoes Productions drama group, and played to a packed house in the Unitarian Church, Cork city. The production is available to view online. The interdiscplinary masterclass and public lecture explored Shakespeare's drama, world, and legacy, and promoted dialogue between stakeholders in the public sphere and creative and academic communities, and thus contributed to the international discussions of the literary heritage of Shakespeare in 2016. The public lecture was delivered by Dr Peter Kirwan (Assistant Professor in Shakespeare, University of Nottingham). A report on the project can be found on the "Shakespeare in Ireland" scholarly blog at:
https://shakespeareinireland.wordpress.com/2017/02/02/report-celebrating-shakespeare-400-performing-pericles-prince-of-tyre-in-cork/

Past experience: In 2022, I completed an Erasmus+ Teaching Staff visit to the Charles University, Prague. I have previously taught courses on Renaissance drama, poetry, and prose, early modern London, literary genres, and writing and research skills. For several years, I also taught the literature of the long eighteenth century (c.1640-1800 poetry, novels, prose, drama), edited course textbooks, and devised and graded assessments for Oscail, Ireland's Distance Learning institution.
Teaching philosophy:
I became a teacher and researcher because I love to learn about literature, and in each class I strive to impart this curiosity and enthusiasm to every student. To achieve this, I encourage questioning and critical thinking in my students at all times. I orientate my classes towards inquiry by urging students to explore new ideas, to probe their assumptions, and to push boundaries. This approach is instrumental in helping them to read and write analytically and stimulates the students to be reflective and resourceful. I want students to experience the pleasure and value of seeing things in a new light, of developing their own ideas and expressing their arguments, and of understanding the complexities of the material. With this approach, I also endeavour to help students to become active learners.
Throughout my teaching, I have found that when students fully participate in the class they retain more information, they enjoy learning, and they develop strategies to continue learning independently. My role as a teacher is to guide and support; in each class I encourage students to be active, and when they are involved in individual or group exercises, students recognise that my view is not the only one, or the ‘right’ one. I believe it is important that students find their own voice and learn to value their own opinions and those of their peers. Moreover, I believe that students should be comfortable asking questions and testing ideas, and so I endeavour to create a learning environment where they can feel at ease.
In each course I design and teach, I am committed to helping students achieve their goals and reach their full potential. To this end, I believe it is vital to be responsive to the diverse needs of different classes and individual students, be they undergraduate or postgraduate, mature students or distance education learners. Thus, flexibility and adaptability are fundamental to my teaching. No two classes are ever the same and I modify my approach accordingly – sometimes I simply act as moderator for a lively discussion, on other occasions I prompt students to engage with the material and direct their enquiry. My teaching methods also vary: I use techniques such as rounds so each student has a chance to speak, snowball or pyramid discussion to promote the production of considered arguments, and group work to facilitate the exchange of ideas between students. When I set team exercises, I remind the group of the value of collaboration and the importance of respecting others, but I also emphasise that, as in discussion and in written work, students must support their claims, explain their rationale, and consider alternatives. While group work enhances students’ skills of teamwork, communication, and problem-solving, I also design exercises which give students the opportunity to be creative. For instance, in the past I have set groups the task of proposing a modern adaptation of an early modern play and the students produced inventive ideas which strengthened their grasp of key scenes; thus, this activity proved to both enjoyable and instructive.
I believe that teaching is a dynamic process; for me, this means that I learn as I teach, I draw on each experience to improve the next, but this also means that I take every opportunity to build on my teaching skills and be open to advances in pedagogy. Part of my job as a teacher is to adjust and develop different strategies to promote learning – trying out new techniques keeps my classes interesting for me and my students, and provides a framework for development. Simple exercises such as debates can, in my experience, help students find a way into a difficult text, while group performances can further students’ understanding of dramatic language and theatrical conventions.
I have found that the most effective classes, lectures, and scholarly papers are the ones that engage the audience, challenge them to think critically, and communicate complex ideas in a way that is accessible; this is what I try to do whenever I teach. In the end, my goal is to have students walk away having pushed themselves at every turn, with advanced skills in reading and writing, and with the knowledge that learning about literature is a rewarding and enjoyable experience.
‍ 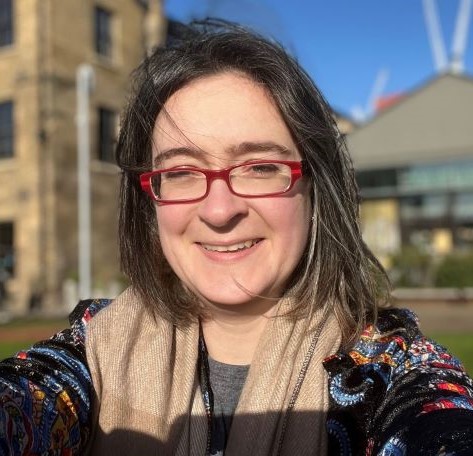