Dr Dónal Hassett is a Lecturer in French who teaches on topics relating to the history, the politics and the societies of France and the wider Francophone world.

Originally from Dublin, he holds a B.A. and M. Phil in European Studies from Trinity College, where he is also a Non-Foundation Scholar. He completed his doctorate on the legacies of the Great War in colonial Algeria at the European University Institute in Florence in June 2016. He has lived, studied and worked in France, Spain, Italy, the UK and Ireland and has also carried out research in Morocco and Algeria.

His research has two main focuses: the history of the French Empire, in particular North Africa, and the legacies of conflict, especially veteran studies. He has published widely on these topics and his first monograph, Mobilizing Memory: The Great War and the Language of Politics in Colonial Algeria, 1918-1939, appeared in August 2019 with Oxford University Press.

He previously held the position of Lecturer in French Political and Cultural History at the University of Bristol.
He is a committed supporter of the Dublin football and hurling teams.‍

My research interests are focused in the areas of French Colonial History and Veteran Studies. I am primarily interested in how those who participated in military conflicts in the colonial world grappled with the legacies of war in peacetime. My work seeks to bring together the approaches used by historians of the colonial word with the analyses of those who study veterancy to lay the foundations for a global history of the war veteran.I am a specialist of French colonialism in Algeria but also have wider interests elsewhere in the former French Empire and indeed in other former colonial contexts. I have written widely on the legacies of war in Algeria and across the French colonies. I am currently putting the finishing touches to my monograph, Mobilising Memory: The Great War and the Language of Politics in Colonial Algeria, 1918-1939, which is set to appear with Oxford University Press next year.
In the future, I plan to develop a broader project on the history of veterancy in the colonial context, expanding the temporal and geographic borders of my research by looking beyond the First World War and beyond Algeria.
‍

I am interested in teaching on the history, politics and societies of France and the Francophone world.

I am currently co-teaching a number of courses with colleagues in the department on topics including Postcolonial France, Revolution, Decolonisation and the Arab Spring in Algeria and Critical Concepts in the Language and Interpretation of French Law.

I also teach two Literary Seminars, one on the topic of 'The Margianlised of the Republic' and the other on 'Genre in African Cultural Production'. 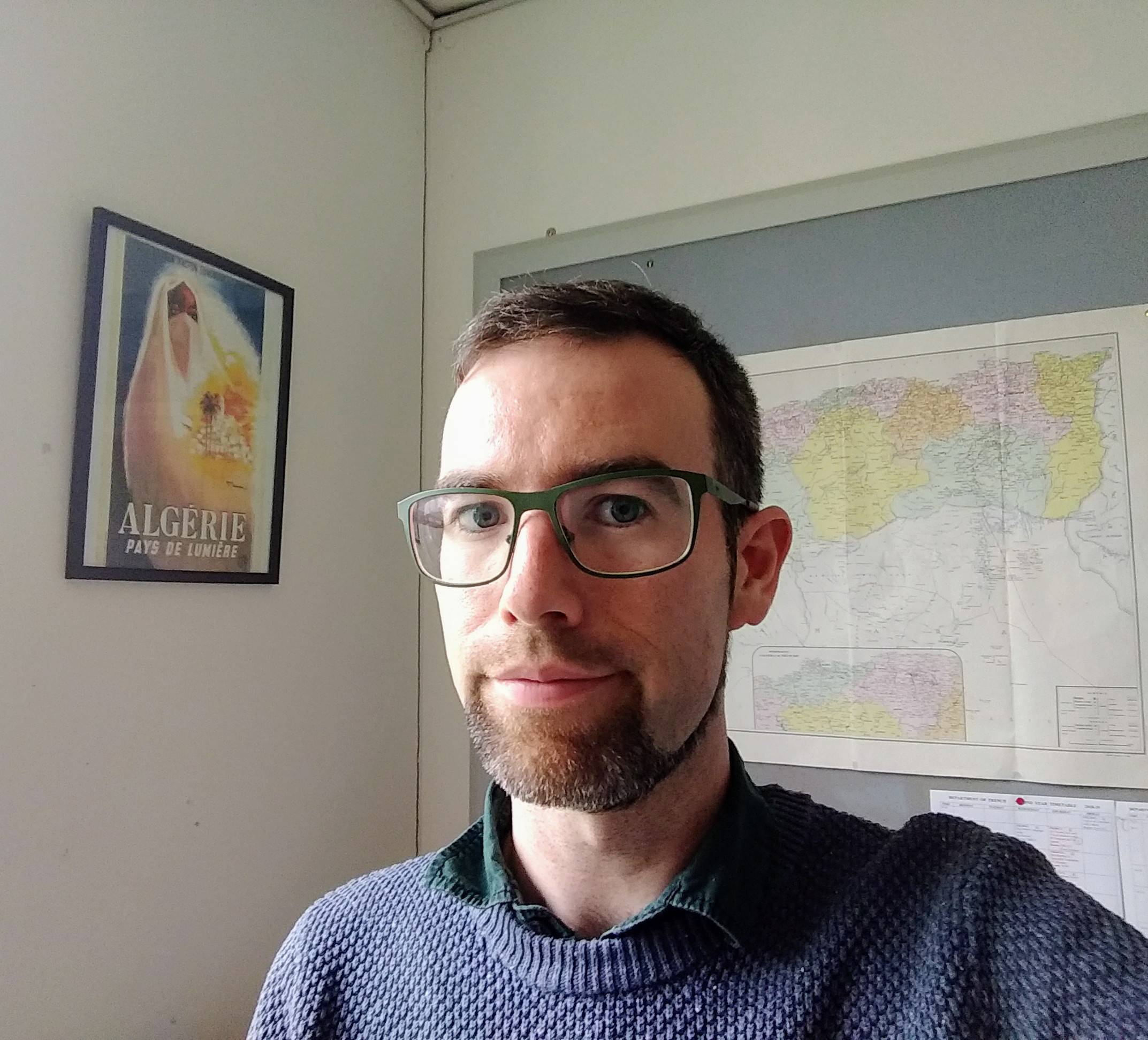