As an undergraduate I studied German and French at Trinity College Dublin and the Rheinische Friedrich-Wilhelms-Universität Bonn. As a postgraduate I studied and worked in the Department of German in TCD, spending a year on a DAAD-scholarship at the Julius-Maximilians-Universität Würzburg. My PhD dissertation was on the works of Heinrich von Kleist and their proleptic relationship to modernity.

I have lectured in German language, literature, film, and history in Trinity College Dublin, the National College of Industrial Relations (now NCI), Mary Immaculate College and UCC. I have also worked as a  translator, proofreader and translation company manager.

From 2008-2012 I was a member of the central committee of the German Studies Association of Ireland and editor of the peer-reviewed, MLA-listed Germanistik in Ireland Yearbook.

2012 - 2015 Mark AnthonyCooke, "The Spinster in English and German literature of the nineteenth century," PhD , UCC
2011-2014: Adelina Syms, "Man's Inhumanity to Woman: Gendering Suffering in the Third Reich. (Narratives of Rape in the Literature, Film and Historiography of the Holocaust and Second World War in Germany)," PhD, UCC

2013: Marija Laugalyte, “Catwomen’s Hyper-Sexualised Body on Page and Screen: Exaggerations of the Female Form in the Superhero Genre between Parody and Pornography,” MA in Film Studies dissertation

2013: Jessica Morgan Hall, “A Critical Analysis of Surveillance and Spectatorship in The Hunger Games,” MA in Film Studies dissertation

2011: Jordan Duggan, “Getting at the Hypertruth: Issues of Intrusion, Exploitation, and Narrative Control in Two Versions of the Aileen Wuornos Story,” MA in Film Studies dissertation

2009: David Mullane, “The Representation of Nazism in the Hollywood Musical: A Valorisation of the Genre,” MA in Film Studies dissertation 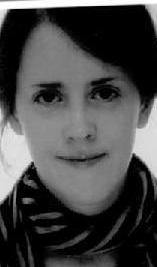