Nikolai Preuschoff joined UCC's German Department in autumn 2012. After studying German Literature, Philosophy and History of Art in Freiburg, Berlin and Paris, he received a Master's degree in German Literature at Freie University Berlin. For his PhD, he studied in Berlin and at the University of Michigan in Ann Arbor. The dissertation on W. G. Sebald and Walter Benjamin is published at Winter Verlag, Heidelberg, 2015.‍

In the academic year 2015/16 I will teach the courses
I will also teach the language courses
In the past, I also taught the following modules: 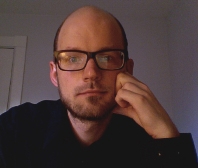