I graduated from NUI-Galway in 1998 with a BA in French and Spanish, from UCC with an MA in Spanish in 1999, and, most recently, a PhD in Hispanic Studies in 2010.  My doctoral thesis was based on four novels by Javier Marías, and while undertaking this doctoral research, I was the recipient of a Government of Ireland scholarship between 2004 and 2007.
I have been a member of the Department of Spanish, Portuguese and Latin American Studies since 1998, and currently work as a College Language Teacher, teaching Spanish language to undergraduate students. I also lecture in Linguistics across a range of degree programmes, including the B.A. World Languages and the M.A. Applied Linguistics. Current taught undergraduate modules include: HS2026 'Linguistic Aspects of Spanish', HS3008 'Linguistics Aspects of Spanish as a Global Language' and WL1101 'Language: Sounds and Structures'.
My research interests include Sociolinguistics, with a particular focus on Afro-Hispanic language and identity, as well as the phonetics and phonology of Spanish as a global language. My current research project examines the position of the Spanish language in post-colonial Africa.  A  symposium which I organised, based on this project, Out of Africa: Spanish language and identity in postcolonial Africa and beyond' was held in UCC in September 2017. This symposium was one of the first of its kind to be held in Ireland, where writers and academics from Equatorial Guinea, Western Sahara and the U.S. came together to discuss the role of Spanish language and culture in an African context.
In April 2019, with my colleague, Paula Teixeira Molans, I organised a very successful two-day conference, Linguistic Diversity: Celebrating Difference, which saw contributions by speakers from four continents, and was attended by an audience from all over Ireland and beyond.
In September 2022,  together with my colleague, Dr. María Mondéjar Fuster, I organised an international symposium, “Lenguaje inclusivo: ¿una rebelión imparable o la desnaturalización de la lengua?”, which was also the first of its kind in Ireland. Speakers from Ireland, the UK, Argentina and Spain contributed to a timely discussion of the growing debate around the use of gender inclusive language in the Hispanic world.
‍

I have had a research interest in Linguistics since completing my Master’s thesis on translation in 1999. Since 2001, I have taught Linguistics at undergraduate level, and have had the opportunity to pursue my research interest in this area, particularly in the area of Second Language Acquisition. Since 2009, as part of the development of a Linguistics module designed for final-year students, I have also carried out research on the evolution of Spanglish in the U.S., and the survival of Spanish-based creoles in areas such as Colombia, the Philippines and the Caribbean.

I am currently engaged in a research project which examines the role of the Spanish language in the migration of Equatorial Guineans to Europe. Traditionally, migration from Equatorial Guinea has focussed on Spain, given the former colonial and linguistic ties which bind these two countries. My interest lies in discovering whether their ability to communicate in Spanish helps these migrants, who, in the eyes of the host nation, remain African immigrants, and thus 'other',  to assimilate and survive in Spain. My intention is also to trace the language usage of Equatorial Guinean migrants in other European countries, in an attempt to discover whether Lipski's assertion that Equatorial Guineans use Spanish as a kind of marker of national identity when away from home, remains relevant in 2017.

Member of  ISS21 (Institute for Social Science in the 21st century) research cluster 'Migration and Integration'.

My other research interest lies in the area of contemporary Spanish literature, with particular reference to the work of Javier Marías.

The work of Javier Marías, one of Spain’s foremost contemporary novelists, has been a key research interest over the past nine years.  My PhD thesis, ‘Imagining the past, knowing the future: An exploration of fiction, memory and history in Javier Marías’s Todas las almas,  Negra espalda del tiempo and Tu rostro mañana’, which I completed in 2010, constitutes a detailed exploration of these three novels. Informing this analysis was an examination of the interrelationship between these works, in the light of Javier Marías’s literary journey from an apparent antipathy towards all things Spanish to a willingness to confront the past and the memories buried therein. . Through his fictional re-imagining in these works of the Civil War years and the succeeding years of dictatorship, the desire to give a voice to the silenced victims of past wars, including members of his own family, leads to the creation of works which, in that space between the real and the imagined, the past and the present,  have formed a unique fictional discourse which may or may not be a part of the wider Spanish movement towards remembrance and acknowledgement of a tragic and violent war, which up until quite recently remained buried in the collective unconscious of  Spanish society. This thesis is the first such analysis of these three novels, and contributes  to the existing body of research on Javier Marías, and to the study of contemporary Spanish literature in general. 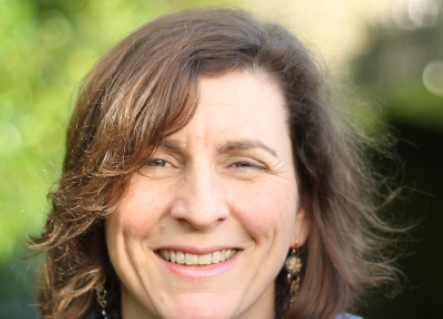