My main research interests lie in the field of Memory Studies and deal mainly with the Southern Cone. I am particularly interested in sites of memory, the connection between memory and justice, second-generation memory, and more recently, diasporic/exile memory.  Although, broadly speaking, my work can be located within the field of cultural and historical studies, the interdisciplinary nature of my research has fostered engagement with a wide range of spheres, including cultural geography, performance studies and legal philosophy. In 2015 I founded the Memory, Commemoration and Uses of the Past research cluster. http://casilac.ie/memory-commemoration-and-the-uses-of-the-past/  In 2017, I was named  'UCC Early Career Researcher of the Year' in recognition of my outstanding contribution to the University's research environment and strategic aims. In 2016, I published a monograph based on my doctoral research. Taking the "politics of memory" - a term which acknowledges that memory is politically, as well as culturally and socially, engaging - as a departure point, my study shifts focus away from exclusively aesthetic and architectural readings of commemoratives sites, such as marches, memorials, monuments and museums, to explore their emergence and transformation in post-dictatorship Argentina and Uruguay. https://www.peterlang.com/view/9783035394955/title.xhtml?rskey=IVAf0i&result=1The results of this research have also been published  in Latin American Perspectives, Journal of Romance Studies and a number of edited collectionsAlso connected to the ongoing resonance of past upheaval, together with Daniel Ozarow and Christopher Wylde, I edited a volume entitled "Argentina since the 2001 Crisis: Recovering the Past, Reclaiming the Future", which stems from a major international conference of the same name that I organised (with Daniel Ozarow and Paulo Drinot) at the Institute for the Study of the Americas, London in December 2011. The volume was published by Palgrave Macmillan in July 2014 http://www.palgrave.com/products/title.aspx?pid=758971 and in 2016 in Spanish by Argentine publisher Prometeo Editorial  http://prometeoeditorial.com/src/Producto.php?IdProducto=881&Origen=LMy current research explores diasporic second generation memory in Europe. Entitled  "Children of Exile", the project builds on my research to date on human rights organisations in Argentina and interrogates contemporary memory activism from a transnational perspective, comparing the memory work of ‘next’ generation activists in Argentine, Chilean and Uruguayan diasporas across Europe - in France, Spain, the Netherlands and Sweden - established during the wave of Southern Cone dictatorships in the 1970s. Scrutinising the interface between generational and geographical displacement, and that of memory and activism, Children of Exile considers individuals, groups and organisations across contrasting media.  In a pioneering approach which maps the shifting iterations of memory activism in both generational and technological terms, Children of Exile brings previously neglected diasporic voices in from the periphery, forty years after the first Southern Cone exiles arrived in Europe, to consider their multiple and overlapping identity and community formation. In doing so, Children of Exile deepens understanding of memory activism as a multidirectional process that works towards a better future, whilst the focus on previously neglected exile voices possesses potential for increased social and cultural understanding during what are proving to be uncertain times in Europe. On the strength of this proposed research area, I was selected to attend the HERA workshop in Estonia on ‘Uses of the Past’ in January 2015. This project was shortlisted for the European Research Council Starter Grant in June 2017 and awarded the Basic Research Excellence Award by the Irish Research Council in December 2017. This project has yielded four book chapters and a peer-reviewed article and I am currently completely a monograph on second-generation diasporic memory in Europe.
‍

My main research interests lie in Latin American cultural studies, specifically human rights, memory and justice and the activism and cultural production related to these themes. My work to date has interrogated the  relationship between memorialisation and justice and the role of state and society in the construction and completion of “sites of memory” (including marches, memorials and museums), mainly in Argentina and Uruguay. I have a long-standing interest in second-generation activism in the Southern Cone, and my more recent research explores transnational second-generation activism in diasporic communities in Europe. Although, broadly speaking, my work can be located within the field of cultural and historical studies, the interdisciplinary nature of my research has fostered engagement with a wide range of spheres, including cultural geography, performance studies and legal philosophyI would welcome queries from potential MRes and PhD students with interests in Latin American Culture and History particularly, but not exclusively, the Southern Cone. I am also interested to hear from students with proposals in the field of Memory and Commemoration (including memorials and social movements) as well as Second-Generation Memory and Diasporic/Exile Communities.

I teach in the areas of Latin American historical and cultural studies, particularly related to the Southern Cone of Latin America. In the nine years that I have been at UCC, I have created and designed a number of new modules, closely related to my research interests. HS3058 Human Rights, Mmeory and the Post-dictatorship Generation in the Southern Cone combines cutting edge research on second-generation memory in Argentina, Uruguay and Chile with a number of cultural products employed as a lens for analysis.  I would be willing to supervise postgraduate students in the areas of Latin American recent history and culture, particularly memory studies, human rights and related issues. I also teach on the postgraduate MA on Translation Studies.I currently coordinate the following modules: HS1030 Introduction to Spanish and Spanish American Studies HS2057  Cinema and Identity in Spain and Latin AmericaHS2014 Understanding Latin America  HS3058 Human Rights, Memory and the Post-Dictatorship Generation in the Southern ConeLL6901 Research Skills (postgraduate module)I also teach on the following modules:HS3001 Final Year Language
‍ 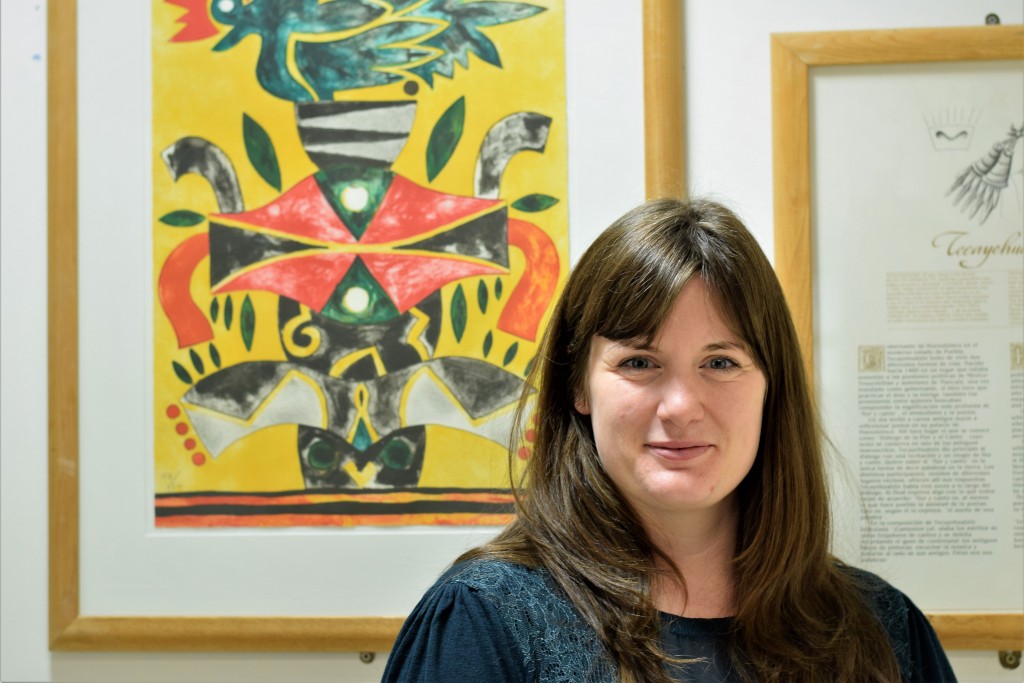