I was born in Bangor and grew up in Belfast. I received my primary degree in English/Drama, and my Ph.D in History, both at Trinity College Dublin. My Ph.D thesis focused on intellectual circles in northern-Europe during the second half of the sixteenth century, particularly on the friendship network of Abraham Ortelius. I continue to pursue research on continental humanist circles and on the characteristics of intellectual culture during the Renaissance.

I held a postdoctoral research fellowship for three years at the Centre for Neo-Latin Studies, UCC, working in the Classics Department, UCC, with Prof. Keith Sidwell and John Barry, to pursue research into Irish Latin writing c.1490-1750. Since 2008 I have been Director of the Centre for Neo-Latin Studies, taking a lead role in fund-raising and project design for the Centre. In particular, this has led to the creation of the Ad Fontes project (on the earliest traces of humanism in Ireland), the Historia project (on the Capuchin missions to Ireland), and the Third Tongue project (on the use of Latin by Protestant writers in Ireland).

I joined the History Department as a lecturer in early-modern history in 2006, where my teaching is focused upon late-medieval and early-modern intellectual culture, particularly Renaissance humanism and Reformation attitudes to the spiritual world. I also contribute to the teaching of Latin across the university, through organising workshops on Latin as a Research Tool, running classes in Spoken Latin, and teaching a module on Classical Latin prose for the Classics Department.

Aside from my role as Director of the Centre for Neo-Latin Studies, I contribute significantly to the administrative life of the university. I have chaired the School of History Graduate Studies Committee and Research Committee, and I have been an active member of the equivalent college-level committees in CACSSS. I am also joint-coordinator of the second-year undergraduate programme in the School of History.

My research focuses on early-modern intellectual culture, particularly the use of Latin in this period, which I study from a linguistic, stylistic and anthropological perspective. Much of my work has focused on Latin writers from northern Europe, especially from Ireland and the Low Countries. I am currently writing a monograph on stylistic aspects of humanist Latin, while preparing editions and translations of a range of different texts that have been the focus of my research projects in recent years.

The main focus of my research is Latin grammar and style c.1400-1750 and its role in intellectual culture. I am particularly interested in combining linguistic and anthropological methods to study the social fabric of intellectual life in the early-modern period. I use the corpus of early-modern Irish writing in Latin to study wider linguistic and cultural trends within the Republic of Letters.

I am interested in supervising research students in all aspects of Renaissance humanism and the Republic of Letters.

I am currently teaching the following modules:
HI2109 The Global Renaissance 1300-1600
HI3127 Religion and Magic in the Reformation
HI3200 The European Renaissance (seminar)
HI6077 The Classical Revival 1250-1500HI6078 New Worlds, Ancient TextsHI6079 Schola LatinaLT3034 Advanced Latin Prose
LT6005 Latin Project
During academic term time, I also run extra-curricular Spoken Latin classes and the Neo-Latin Seminar on Wednesday evenings. I run and teach the Spoken Latin Summer School (Schola Latina) which attracts around thirty applicants each year from all over the world. This course offers one week of total immersion in Latin with conversation and seminar classes from 9-5 each day, as well as all other communication during the week, entirely through the medium of Latin.
‍ 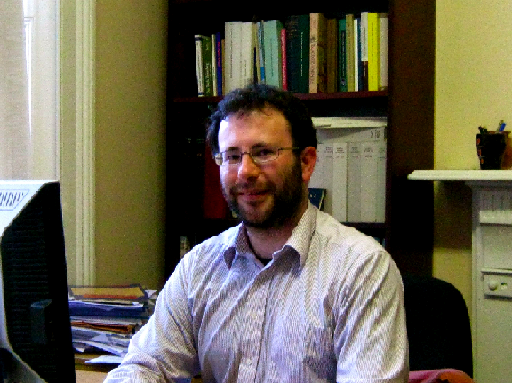