Here the study offers a new take on the notorious ‘failure’ of the Irish Reformation.  It argues that perceptions of an almost complete absence of God’s grace in Irish civil society promoted a growing emphasis on the necessity of absolute obedience to an increasingly abstracted state authority.  This process was, paradoxically, secularizing, even as it drew on fervent religious convictions.  Here absolutist theories of government, and proto-modern conceptions of an impersonal state, were developed by figures in and around the ruling regime in the Irish kingdom.  Such concepts would only later come into their own elsewhere.  In doing so, the study places Ireland within the wider context of English political and religious reform and European intellectual history.  It argues that Irish godly Calvinism played a very different role in the history of political thought than the one usually assigned to it, because in Ireland absolutist as opposed to constitutionalist theories of government came to dominate.

My current research encompasses a wider examination of the emergence of  early modern notions of 'the state', which in many studies tends to be thought axiomatic.  This will be conducted through a comparative study of Britain and the Palatinate in the first half of the seventeenth century.  Here the study seeks to re-evaluate the meaning and shape of early modernity, by re-examining the wider reconfiguration of the nature of the political space encompassed by ‘the state’, which involved notions of social discipline, as well as a rising concern over political interests (as opposed to the common good).  In doing so the project looks to integrate the methodological approaches of intellectual history, confessionalization and a more empiricist tradition, whilst challenging all three. 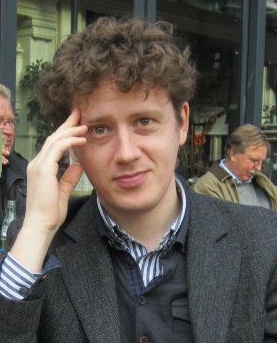