Dr Mary Kelly (née Healy) is a Lecturer in Modern and Contemporary Global Art Histories and Gallery Studies & Programme Director of the MA in Global Gallery Studies at University College Cork. She is also a Research Associate, Centre for Gender and Women's Studies, Trinity College Dublin (TCD). Her Ph.D. in Art History and Visual Culture (University of Limerick [UL]) was completed under the supervision of Dr. Catherine Lawless (TCD) and Professor Carol Armstrong (Yale University). Kelly's former academic posts and awards include: Research Fellow at CGWS,TCD (2013-2016); Language Bursary from the Centre Culturel Irlandais in Paris (2014); 3 x Irish Research Council New Foundations Awards (2012-14); Lecturing and Research Fellow in the History of Art and Visual Culture, UL (2012-13); Government of Ireland Scholar (2010-11), Fulbright Scholar in the Humanities and Visiting Researcher, Department of History of Art, Yale University (2010-11), Guest Lecturer and Tutor, UL (2008-2012) and UL Research Scholar (awarded 2008-2011, accepted 2008-2010). Kelly’s research and teaching creates a bridge between 19th- and 20th-century European Orientalist art; global women’s art and transnational feminism; contemporary art from the Middle East and North Africa; and the role of fine art galleries in societies. She has published her research in peer-reviewed platforms, for example: a monograph with Routledge T&F (July 2021); journal articles with Curator: the Museum Journal (2023), Cultural & Social History (2018) and Women Studies (2015); a co-edited book with The British Academy & Oxford University Press (2020); 2x invited chapters for the British Museum (exhibition, 2019); and an invited chapter with Islamic Arts Museum Malaysia (2022). Kelly was the principal organiser of 'East-West Dialogue in Art History and Visual Culture: Europe, North Africa and the Middle East’, an international symposium at Trinity College Dublin in association with the Chester Beatty Library, 2014 (Funded by the IRC). She has presented her work at numerous international conferences and symposia such as ‘Museums in Arabia’ (2019) at King’s College London and an invited paper at Qatar Museum Authority’s conference (2015) at the National Portrait Gallery, London. She has curated four art exhibitions, two of which were research-led: ‘Familiar Faces: Works by Influential Women Artists from the Patrick J. Murphy Collection’ (co-curated 2008), and ‘Orientalism and the Female Gaze: The Helen Hooker O’Malley Collection’ (co-curated 2007), Bourn Vincent Gallery, Ireland. Kelly has acted as an expert advisor and academic reviewer for international foundations, art collectors, art auction houses, academic publications and governmental sectors.  ‍

Kelly’s research employs a comparative discourse analysis which creates a bridge between 19th- and 20th-century European Orientalist art and cross-cultural representations; global women’s art and transnational feminist theory; contemporary art from the Middle East and North Africa; and the role of fine art galleries in societies.
Research Project/s and DevelopmentProject 1: French Women Orientalist Artists, 1861-1956: Cross-Cultural Contacts and Depictions of Difference.
As a part of this project, Kelly authored the first full-length book dedicated to French women Orientalist artists. She gathered primary documentation relating to seventy-two women artists whose works of art can be placed in the canon of French Orientalism between 1861 and 1956. These women were professional artists who practiced in France and the Maghreb region of North Africa particularly in Algeria, Tunisia and Morocco. On bringing these artists together for the first time and presenting close contextual analyses of works of art, attention is given to artists’ cross-cultural interactions with painted/sculpted representations of the Maghreb. Kelly places emphases on the gendered gaze, which entails a discussion on women’s painted perspectives of and contacts with Muslim women as well as various Maghrebi cultures and land—all the while remaining mindful of the subject position of the French artist and the problematic issues which can arise when discussing European-made ‘ethnographic’ scenes. Moreover, executed between 1861 and 1956, the works of art presented in Kelly research show influences of Modernism; therefore, she also pays close attention to progressive Realism and Naturalism in art and the Orientalist shift into Modernist subject matter and form. Through her research into French women Orientalists Kelly engages with important discussions on the crossing view of the historical female other with the cultural other, artistic hybridity and influence in art as well as the postcolonial response to French activities in colonial Algeria and the protectorates of Tunisia and Morocco. On giving focus to women’s art and the impact of cross-cultural interchanges, Kelly's research rethinks Orientalism in French art.
Project 2:
(Re)Mapping Orientalism in Art 1832-2022: Obstructing Inherited Historiographic Legacies and Unearthing New Contemporary Meanings.
Looking beyond the purely 'Western' canon of art, Kelly is exploring the reflected artistic gaze located in modern and contemporary art from the Middle East and North Africa: thus, contextualising art objects as being an important part of a reciprocal, socio-cultural dialogue between the ‘Orient’ and ‘Occident’. She contends that this understated dialogue in visual culture can be harnessed and used in innovative ways to generate a positive exchange of ideas between Europe, the Middle East and North Africa. 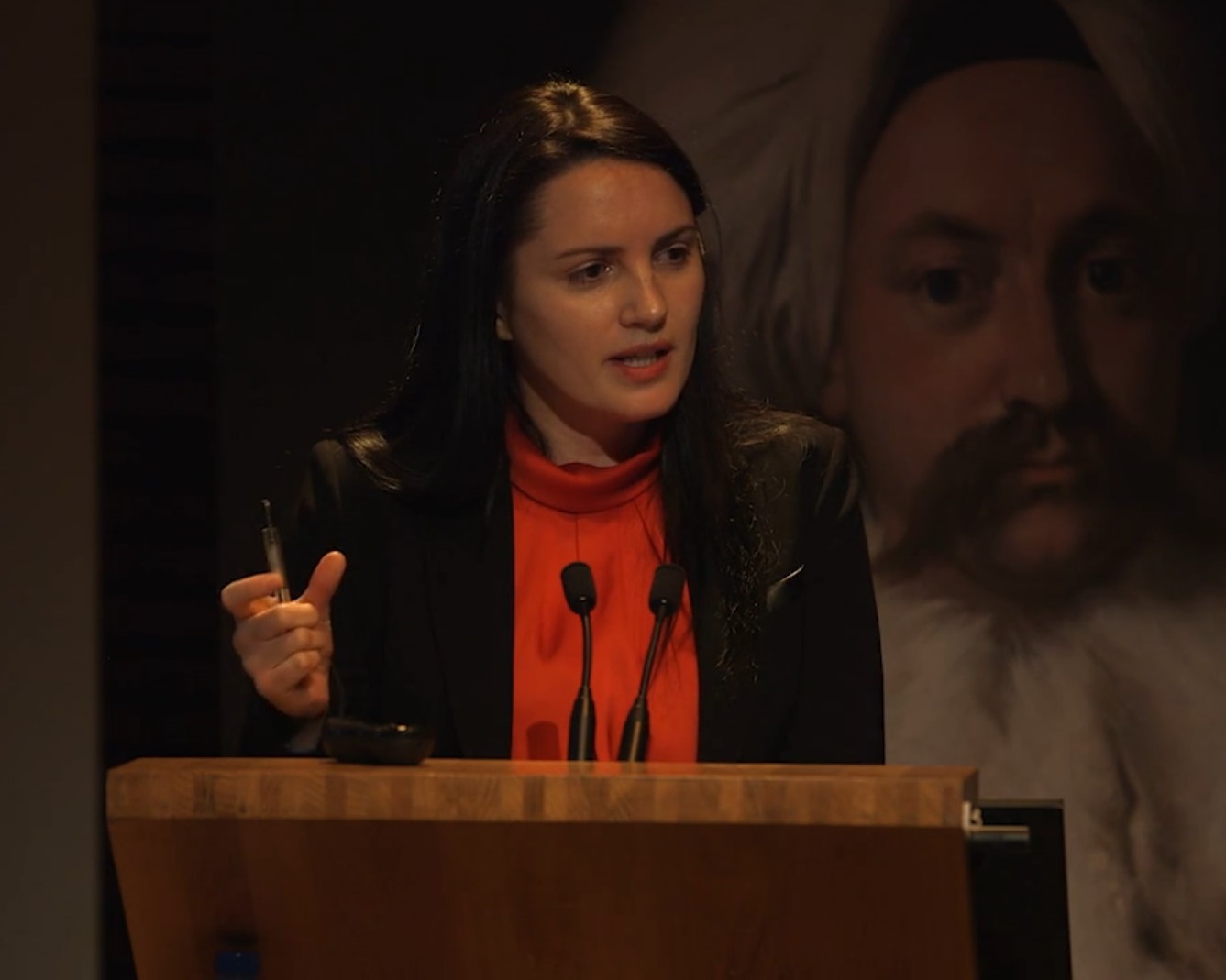