Jack Talty is a traditional musician, composer, producer, academic, and educator from Lissycasey in county Clare. As a performer Jack has travelled extensively throughout Europe, the United States, Australia, and Asia, and has contributed to over 80 albums to date as a musician, producer, composer, arranger, and engineer. A regular contributor to traditional music programmes on television and radio, Jack is also the Artistic Director of Raelach Records, a label that he founded in 2011.​

In 2011 Jack released the critically acclaimed Na Fir Bolg with fellow concertina player Cormac Begley on the Raelach Records label, and also formed Ensemble Ériu with double bass and flute player Neil O’ Loghlen. The band’s eponymous debut album, released by Raelach Records in October 2013 was described by Jim Carroll of the Irish Times as “one of the best Irish albums of 2013”. In January 2015, Ensemble Ériu were awarded the prestigious Gradam Comharcheol TG4 (musical collaboration award presented by Ireland's national Irish language broadcaster). Ensemble Ériu’s second album, Imbas (Ensemble Music and Raelach Records) was nominated as an Irish Times Best Traditional Album of 2016 and was described by RTÉ Culture as “as stunner”. The band’s third album, Stargazer on Diatribe Records, was listed at number 3 in Songlines’ Top Essential Irish Albums of all time. 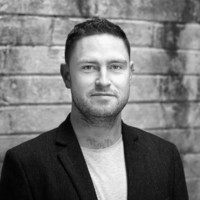