I am a Lecturer in Gender & Women’s Studies at University College Cork, where I also coordinate the one-year interdisciplinary Masters in Women’s Studies.I hold a BA in Political Sciences from the University of Bologna, and an MA and PhD from the Graduate Gender Programme at the University of Utrecht. Between 2012 and 2014, I was a research fellow at the University of Edinburgh, within the framework of the CITSEE project (‘The Europeanisation of Citizenship in the Successor States of the Former Yugoslavia’). Between 2015 and 2017, I worked as a NEWFELPRO post-doctoral fellow within the Centre for Cultural and Historical Research of Socialism (CKPIS), University of Pula, Croatia. In 2016/2017, I was awarded an EURIAS Junior Fellowship at the Institute for Human Sciences (IWM), Vienna. In 2021, I held a residential fellowship at the Imre Kertész Kolleg, University of Jena. In 2022-23, I will be incoming Senior Fellow within the Elisabeth List Fellowship Programme at the University of Graz.
In the course of my research I have been focusing on transnational women’s, gender and feminist history, adopting an intersectional approach in all my projects and combining archival research with qualitative methods.
‍

Transnational women's activism in the Cold War era
My doctoral dissertation, titled Revolutionary Networks. Women's Political and Social Activism in Cold War Italy and Yugoslavia (1945-1957), aimed to counter the widespread assumption that early Cold War times were characterised by gender conservatism, and challenged the idea that socialist and communist activists were manipulated by their respective party leaders. Despite their lack of political autonomy, internationalist female leaders in Cold War Italy and Yugoslavia had a crucial role in the establishment of women’s new political, economic and social rights after 1945. The dissertation studied notably the Union of Italian Women (UDI), federating communist and socialist women, and the communist-led Antifascist Women’s Front of Yugoslavia (AFŽ), and their activities in relation to wider Cold War disputes such as the Italo-Yugoslav border settlement and the Soviet-Yugoslav split. Transnational connections established between East, West and the ‘Third World’ during the Cold War era remain a prominent research interest. Specifically, I have been exploring such connections through the personal archive of Vida Tomšić, a former partisan and socialist politician who had an important role in the framing of gender and development policies during the UN Decade for Women, in cooperation with women’s organizations in recently decolonised countries. I aim to write a monograph on this theme,  highlighting the role of women’s organisations and female leaders within the Non-Aligned Movement (NAM). I recently received a UCC Returners' Scheme to carry out further archival research, and an Enterprise Ireland ERC Support Grant, to submit an ERC Consolidator application (under review).

UCC: At University College Cork, I am teaching several classes within the interdisciplinary MA in Women’s Studies, from research skills sessions to sessions covering various theoretical and methodological issues in women’s and gender studies. As the Coordinator of the programme, I am also in charge of designing and reviewing the Masters’ curricula in cooperation with the members of the Board of Women’s Studies and the Teaching Team. I am also coordinating and teaching a very successful university-wide PG module titled 'Researching through a gender lens: an interdisciplinary introduction' which is open to PhD students in all the schools and departments at UCC. I am also a guest-lecturer for the School of Government and Politics. I hold a Postgraduate Certificate in Teaching and Learning in Higher Education (2019).
Other institutions: Before joining UCC, I taught several guest-lectures on issues of gender history in the post-Yugoslav region at the University of Pula, the University of Rijeka, the Centre for Women’s Studies in Zagreb (Croatia), the University of Urbino (Italy), the University of Graz and the Academy of Fine Arts in Vienna (Austria) between 2015 and 2017. I was also a guest-lecturer within the Summer school on Language Gender and Sexuality - The Balkan Experience organized by the University of the Aegean (Greece) in 2013. In the course of my doctoral studies at Utrecht University, I also taught a course on Women, Welfare and Globalisation at Utrecht University (2011), as well as several guest-lectures on post-colonial and post-socialist feminism. I continue to be a guest-lecturer for the University of Pula, the University of Graz, and the University of Vienna. I was recently a lecturer for the Feminist Critical Analysis summer school organized at the Interuniversity Center in Dubrovnik.Teaching interests and areasSupervision: I would be interested in supervising MA or PhD dissertations in these areas of research, as well as in the field of gender history, labour history and Italian and (post-) Yugoslav history more generally. I have been supervising dissertations on various themes, ranging from the Repeal the 8th Movement to gender based violence, to an oral history of women and displacement during the Troubles to sex workers and care in Ireland. I was internal reviewer for a PhD dissertation on the alterglobalization movement in the School of Government and Politics.Supervised and co-supervised MA dissertationsKhadijha Soliman (on-going), Laura McCarthy (on-going), Vicki Magee (on-going), Susan Harris (2021), Maggie O’Sullivan (2020), Doris Murphy (2019), Keelin Cox (2018)Co-supervised PhD dissertations: Doris Murphy (on-going). 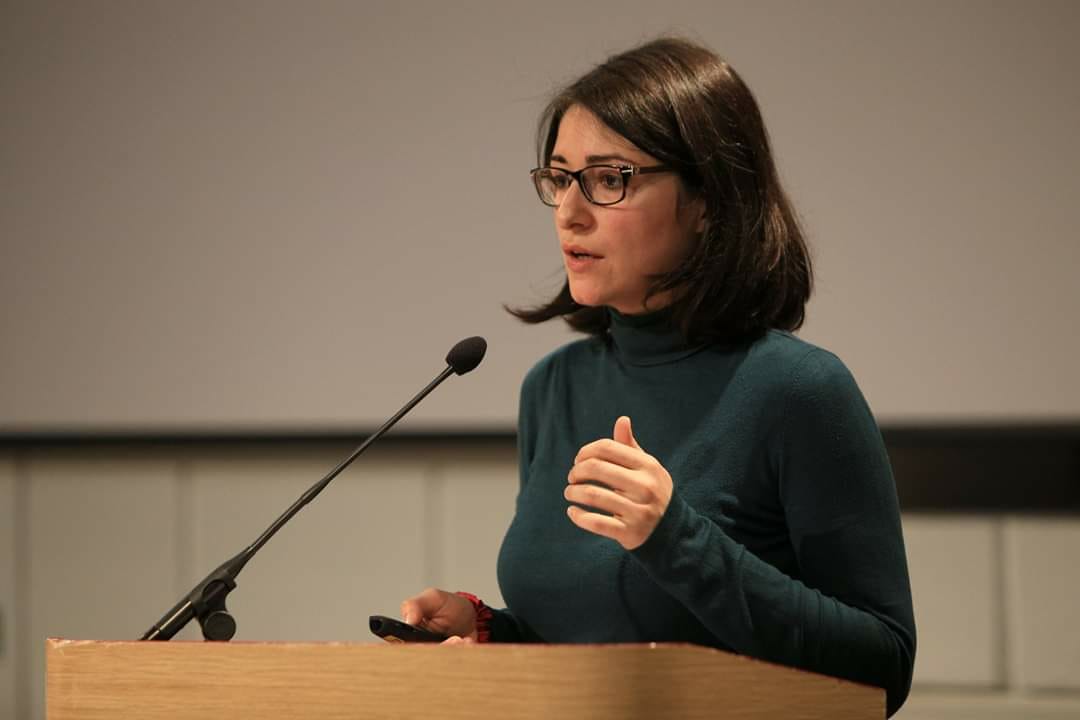