Marie Kelly is the Programme Director of the MA in Arts Management & Creative Producing at the Department of Theatre (School of Music and Theatre) UCC where she was Head of Department from July 2015 to July 2016. She has an MA in Modern Drama and Performance (2005) and a PhD in Drama Studies (2011), both from the School of English, Drama, and Film at University College Dublin. Marie worked at the Abbey Theatre for several years, firstly in general management and subsequently as part of the creative team in the role of assistant to the Artistic Director (1993-2001). In 2001 she set up the Abbey’s Casting Department and was Head of Casting until 2006. Over the course of her career Marie worked on close to 200 productions for the Abbey and Peacock Theatres as well as productions on tour.  She is interested in dramaturgy and contemporary Irish theatre as well as theatre producing, casting, and arts management. Her PhD explored theatre experimentation and the performance of the plays of Irish playwright,Tom Mac Intyre. Marie has published on this and other related topics, and she is the currently Co-President of the Irish Society for Theatre Research and a member of the Board of Everyman Theatre Cork (Ireland).

I have interests in dramaturgy and contemporary Irish theatre and ways in which European and American theatre experimentation have influenced the contemporary dramatic canon. I also have interests in theatre casting, producing and arts management. I am uniquely positioned in this research through my professional background in casting, producing and management at the Abbey Theatre 1993 - 2006. This background gives me a distinct perspective, which arises from hands-on experience and collaboration with a wide range of creative artists at the centre of the Abbey and the contemporary theatre scene in Ireland. My research is both scholarly (applying theoretical frameworks to the analysis of performance) and practice-based (generating scholarly enquiry through casting, theatre production and dramaturgy). My doctoral dissertation focused on the experimental plays of Irish playwright and author Tom Mac Intyre, whose work broke new ground in Irish theatre in the 1980s by adopting practices from European and American Theatre of the Image and Dance Theatre. Frameworks applied to my research include Performance Analysis and Performance Studies (semiotics, phenomenology, subjectivity, gender and identity, theories of play and ritual). I also enjoy exploring and applying innovative theoretical approaches to theatre performance, specifically theories from Cognitive Science.

I have a wide array of professional skills and connections which underpin my scholarly exploration, creative practice, and teaching portfolio as a Lecturer in Theatre. My research interests spring from my professional experience of working at the Abbey Theatre (1993-2006), firstly as an assistant to the Abbey’s Artistic Director (with duties that spanned theatre production) and subsequently as Casting Director. In this regard I have extensive knowledge of theatre production in contemporary Irish theatre and have collaborated with a wide range of leading national and international practitioners (writers, directors, actors, designers, stage managers and other theatre specialists). I am also proficient in the creative act of analysing performance as well as analysing the composition of texts for performances (dramaturgy). This unique combination of knowledge and skill allows me to teach and research drama and theatre with bilateral vision which balances scholarly enquiry and critical thinking with practice-based research. Additionally, this background allows me to draw on my own actual experience and connections in the profession to develop innovative ways of teaching and inspiring students’ interest in this subject area. In the course of my doctoral studies at University College Dublin I taught courses on: Introduction to Drama and Performance; Performance Studies; Stage Crafts; Textual Analysis; Research Methodologies in Drama and Performance Studies. In the Department of Theatre, UCC, I designed and now act as Programme Director of the MA in Arts Management & Creative Producing which was inaugurated in 2019/2020. On this programme I teaching modules DR6049 and DR6050 on Creative Producing & Curating, DR6047 Arts Placement and DR6048 Dissertation. I also coordinate DR6045 Artistic Leadership and Strategies in Arts Management as well as DR6044 The Arts Landscape.At undergraduate level I currently teach Performative Writing and Contexts : Greek to Postmodern Theatre (DR1005 and DR1006) and Theatre of the Image (DR2008/DR2027), and Engaging the Profession (DR3025 and DR3026).In the Department of English, I teach teach on the MA in Irish Writing and Film (English Department) on the theatre of Marina Carr, Brian Friel and Tom MacIntyre (EN6012).Innovation in teachingI am passionate and committed to bringing students into the actual reality of making theatre performance in the profession as it exists today. As well as as teaching in the variety of contexts applicable and available to Drama and Theatre Studies (DTS) as a subject area on campus - such as seminars and lectures, studio based theatre-practice, workshops, rehearsals, practice based presentations) - I have created opportunities for my students to experience what it is like to perform on a range of different stages (locally and nationally), to meet and work with theatre personnel and get hands on experience of theatre production beyond the UCC campus. As well as using the facilities in the department’s Drama Lab (Connolly Complex) and Granary Theatre, I have also introduced students to working at the Theatre Development Centre at Triskel Arts Centre, Everyman (Cork), Firkin Crane (Cork) and Abbey/Peacock Theatre (Dublin). In 2014 I organised the first showcase of UCC student work on the national stage at the Abbey/Peacock Theatre (Dublin) and Everyman (Cork). This was followed by similar showcases in 2015 and 2016. These events offered students the opportunity to show their work and meet leading directors, casting directors, producers, and agents. I have also arranged field trips, and have taken students to see a wide range of theatre performances, talks, workshops and masterclasses in Cork and Dublin. I have also arranged public readings, casting students alongside professionals and providing a rare opportunity for students to work with such theatre professionals as leading Irish director Wayne Jordan, international director Phillip Zarrilli, actors Aaron Monaghan and Niamh Linehan to name but few. As part of my teaching on DR3001 (Practical Internship Work Placement) I have also used my connections in the creative industries to negotiate work placements where appropriate. In 2015/2016 I arranged significant placements at the theatre archives in the V&A Museum (London) and at the Abbey Theatre with the acclaimed theatre director Selina Cartmell during her direction of Marina Carr’s By the Bog of Cats Theatre as part of last year’s Dublin Theatre Festival.Design of new undergraduate modules: Engaging with the Profession (DR3025 and DR3026)Theatre of the Image (DR2008/DR2027) Site-Specific Theatre (DR3005 option) Theatre and Consciousness (DR3005 option)Getting Cast for Theatre, Film and TV (extracurricular)
‍ 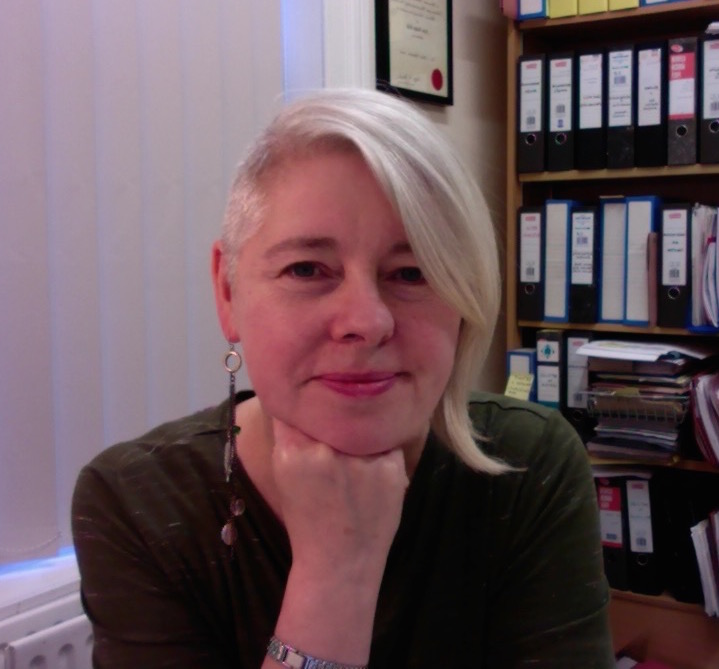