In his spare time, he has twice served as an umpire at the Wimbledon Tennis Championships in London and has ran 12 half marathons between Glasgow, Miami and Cork.  Amanullah is a Director at NASC Ireland (The Migrant and Refugee Rights Centre).  Amanullah has twice been invited to lead Time for Reflection at the Scottish Parliament and has been a regular contributor to BBC Radio Scotland's 'Thought for the Day' and 'Sunday Morning' for nearly 20 years. He is a regular on   Amanullah's parents arrived in Scotland from Sialkot (Pakistan) in the 1960s, he was born and raised in Glasgow and was recently inducted as a GlobalScot by the Scottish Government. Amanullah is also an Irish citizen since 2022.

Amanullah De Sondy connects the study of Islam to the key themes of gender, ethnicity, race, and pluralism. In his published works, he has focused especially on gender and sexuality in classical and contemporary Islam in relation to Islamic practice and the Qur’an. His research tends to focus on the Middle East in terms of Islam’s formative period of texts and traditions, yet always aims to expand to a more global discussion on the issue, particularly through the lens of South Asia, in particular India and Pakistan, because that complicates any reductionist view of Islam. Amanullah's first book The Crisis of Islamic Masculinities (Bloomsbury Academic, 2014) is the first monograph on the construction of manhood in the Qur’an and South Asian history.
Amanullah is a current member of the European Union's 'Global Exchange on Religion in Society ' (GERIS) and on the Board of Women's Studies here at UCC and a member of its M.A. teaching staff.  Amanullah is Associate Editor of CrossCurrents Journal (The University of North Carolina Press, USA), Co-Editor of Islam in the World Series (Routledge UK), Editorial Board Member of Journal of Faculty of Theology (Recep Tayyip Erdogan University, Turkey) and Editorial Board Member of QTR: A Journal of Queer and Transgender Studies in Religion (Duke University Press, USA).
‍ 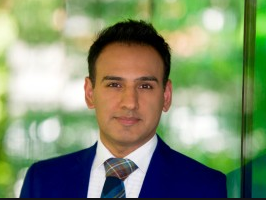