Brian Bocking was educated at Lancaster University and took his MA (Religious Studies) and PhD from the University of Leeds, UK. He taught in the universities of Stirling (Scotland), Tsukuba (Japan), Bath Spa (UK) and was from 1999-2007 Professor of the Study of Religions at SOAS, the School of Oriental and African Studies, University of London. He was appointed Professor of the Study of Religions and Head of the newly established Study of Religions Department at UCC in January 2008. From July 2013 to August 2014 he was Acting Head of the School of Asian Studies at UCC. He served as Secretary of the ISASR, the Irish Association for the Academic Study of Religions from 2012-15 and as Publications Officer (2005-10) and Treasurer (2010-15) of the IAHR, the International Association for the History of Religions. He retired in August 2015. Professor Bocking's publications include works on Japanese religions and Buddhism as well as essays and articles on the Study of Religions as taught in universities. His books include the first English translation of the 5th century Chinese text of Nagarjuna's Middle Treatise (1995); a Dictionary of Shinto (1996) and a study of the changing form and interpretations over four centuries of a key Japanese religious scroll known as 'The Oracles of the Three Shrines' (in Japanese: Sanja Takusen) (2000). He has written many articles on Japanese religions, especially New Religions and Shinto, as well as working on theoretical and pedagogical issues in the study of religions including religious 'experience', the teaching of 'Asian' religions in a globalising society and the possibilities for new fields of research opened up by digital humanities resources. Since 2009 he has been researching, with Alicia Turner (York University, Toronto) and Laurence Cox (NUI Maynooth), the life and career of the forgotten 'Irish Buddhist' U Dhammaloka (?1856-?1914), a pioneer Western Buddhist monk celebrated throughout S/E Asia in the early 1900s, and with Laurence Cox and Yoshinaga Shin'ichi (Maizuru College) the life of the Irish Japanologist and pioneer London Buddhist missionary Charles J W Pfoundes (1840-1907). Recent co-edited publications include Religious Education in a Global-Local World (2016, with Jenny Berglund and Yafa Shanneik) and the 2017 JISASR special issue Representing  Sikhism: Essays in Memory of the Irish scholar Max Arthur Macauliffe (with Christopher Shackle). 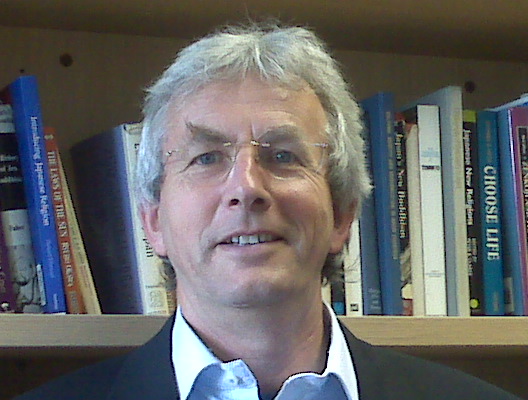