Dr. James Kapalo has an MA from the School of Slavonic and Eastern European Studies and his PhD from the Department of the Study of Religions at the School of Oriental and African Studies.  Within the Department of the Study of Religions at UCC, Dr. Kapalo is responsible for teaching courses on contemporary Global Christianities, theory and method in the Study of Religions and ethnographic fieldwork.  His main research interests include ethno-religious minorities and minority religons in Eastern Europe, Orthodox Christianity in the contemporary world, the academic discourse of folk religion, and folk healing and charming practices. He is Principal Investigator of the European Research Council Project Creative Agency and Religious Minorities: Hidden Galleries in the Secret Police Archives in Central and Eastern Europe (Hidden Galleries).
‍

My principal research area is ethno-religious minorities and minority religions in Central and Eastern Europe. My PhD, which was published as a monograph in 2011 by Brill, is an enthnographic study of folk religion and identity amongst the Gagauz, Turkish-speaking Christians in Moldova. I am currently  working on a monograph based on historical and ethnographic research on Inochentism, a new religious movement in Moldova and Romania (Routledge 2019), as well as researching Orthodoxy Christianity in Ireland. Other research interests include religion in the secret police archives in Eastern Europe, practice of 'charming' and theories and discourses on "folk religion" in Europe. From September 2016 I am Principal Investigator of the European Research Council Project Creative Agency and Religious Minorities: Hidden Galleries in the Secret Police Archives in Central and Eastern Europe (Hidden Galleries), a four year project that explores the visual and material presence of religious minorities in the secret police archives in Hungary, Romania and the Republic of Moldova.I am a founding member of the Orthodoxy in Migration Research Network and managing editor of the Journal of the Irish Society for the Academic Study of Religions (JISASR), the first edition of which was published in May 2014 (http://jisasr.org/). In May 2015 I was elected President of the Irish Society for the Academic Study of Religions (ISASR). I am also a member of the international committee on Charms, Charmers and Charming of ISFNR (International Society for Folk Narrative Research).In 2013 I co-founded and am co-director, together with Dr. Lidia Guzy, of MEWSC (Marginalised and Endangered Worldviews Study Centre) at UCC. The centre is a postdisciplinary forum for scholars working on contemporary endangered worldviews and processes of marginalisation (http://mewsc.wordpress.com/)

As well as teaching in the team-taught first year module RG1001 Religions in the Contemporary World, Dr Kapalo also teaches an introductory course on Global Christianities (RG2302) and a field research based course on Christianity in the contemporary world, Authority and Community in Contemporary Christianities (RG2305). He also coordinates the third year Final Directed Study Project module (RG3003) and co-teaches Texts, Theories and Approaches (RG2306).  Dr Kapalo coordinated the MA programme in Contemporary Religions (2011-12) and teaches Contemporary Approaches to the Study of Religions (RG6010) and, together with Dr Lidia Guzy, co-teaches Research Methods and Fieldwork (RG6040). In 2011, Dr Kapalo was one of UCC's nominations for the NAIRTL Excellence in Teaching Awards. 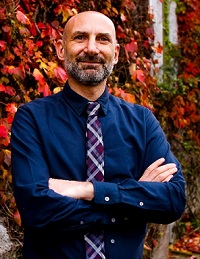