I was born in Poland from where I started my international academic journey between Poland, Germany, France, India, Brazil, Bolivia, Colombia and Mexico. I am a social anthropologist and scholar of religions.
Since September 2018  I am the Programme Director of the MA Anthropology at Study of Religions Department, UCC.
Since 2013 to now I am a Director of the Marginalised and Endangered Worldviews Study Centre (MEWSC) at University College Cork, National University of Ireland. https://mewsc.wordpress.com/
Since 2015 to now I represent the Board  of India Study Centre Cork (ISCC), University College Cork, National University of Ireland.
Since 2010 to now I have been Associate Researcher (chercheur associé) at the Centre d’Anthropologie Sociale (CAS-LISST, EHESS, Toulouse) and from March to April 2016 I was visiting Professor in Anthropology, Université Toulouse Jean Jaurès, France
I specialise in I.) anthropology of South Asian cultures and religions (popular Hinduism, indigenous Adivasi religions, ascetic and ecstatic traditions, goddess worship);
II) scientific studies of religions;
III.) media anthropology with special focus on music;
IV.) museum anthropology (religion and museum);
V) comparative studies in indigenous cultures and religions - research on shamanism;
VI) marginalized and endangered worldviews.
At the moment I am working on comparative eco-cosmologies with special reference to indigenous knowledge systems and sustainability.
I am also working on a comparative analysis: “Brazil and India - A comparison of indigenous and marginalised socio-political groups” and on "indigeneity discourses in India and Latin America".
In January 2011 I have finished my postdoctoral thesis in the Study of Religions ("Habilitation" = professorial qualification in the Study of Religions) at Freie Universität Berlin with my work “Marginalised Music - Music, Religion and Politics in western Orissa". This work presents the results of my long term anthropological documentation of hitherto unknown traditions of sacred music performed by marginalised musicians and priest-musicians of the Adivasi (indigenous) Bora Sambar region of western Odisha (former Orissa). The work is based on more than 30 months of ethnographic research in rural regions of western Odisha, India.
My postdoctoral thesis “Marginalised Music - Music, Religion and Politics from the Bora Sambar region of western Orissa / India”, presents the results of my anthropological documentation of hitherto unknown traditions of sacred music performed by marginalised musicians and priest-musicians of the Bora Sambar region of western Orissa. The work is based on more than 30 months of ethnographic research in rural regions of western Orissa, funded by the Deutsche Forschungsgemeinschaft (German Research Council) and by the VolkswagenStiftung (Volkswagen Foundation) in the years 2002-2010. My study shows a culturally unique entanglement between religion, music, culture, performances and politics. Sacred music is analysed as an indigenous worldview transmitting crucial values of local communities.
Since May 2002 I am holding a bi-national PhD (these co-tutelle) from École des Hautes Études en Sciences Sociales, Paris and a PhD in Social Anthropology from Freie Universität Berlin. My doctoral thesis focused on ascetic and ecstatic traditions in rural Hindu and indigenous India:
“Babas and Alekhs – Between Asceticism and Ecstasy. A comparative socio-anthropological study of the ascetic Mahima Dharma tradition in two districts of Orissa (Dhenkanal and Koraput) / Eastern India”.
My PhD Thesis supervisors were Prof Dr Georg Pfeffer and Prof Dr Jean Claude Galey
On an empirical basis, my PhD thesis investigated the structure and spread of a new ascetic religion in India. The work explicitly studied general processes of religious institutionalization, conversion and social change. The indicator of social change was seen here – in Max Webers’ terms – as the rise of an ascetic ethic. The originality of the study lies in its ethnographic diversity. Based upon thirteen months ethnographic fieldwork, the study was undertaken among Mahima Dharma ascetics and tribal converts. In the last decade, proselytizing ascetics spread the new religion among the indigenous population of eastern India, where the percentage of the new Mahima Dharma converts is now assessed to be about ten percent of the local population. However, in a tribal context professional ascetics are rare, appearing once a year to initiate new devotees. The new teachings have become ever more popular due to the vocal rituals of ecstatic female shamans, who are the local ritual specialists of the new religion.
A twofold character of the religion could be depicted: male ascetics represented the institutionalization and centralization processes of the religion, mostly marked by the importance of the scripture. In tribal context the ecstatic vocal rituals of female shamans expressed the autonomy of the local oral culture. The analysis of the oral material of the shamans’ poetic songs portrayed the autonomy and creativity of oral cultures, which through vocal expressions cope with a changing world.

Academic Years 2017 2018 & 2018 & 2019 & 2020
Eco-cosmologies- Indigenous Knowledge and Sustainability
At present I am pursuing research on marginalised and endangered worldviews, indigenous knowledge systems and eco-cosmologies. In this sense, I am interested in interdisciplinary research tackling the issue of indigenous knowledge and sustainability.
Academic Year 2018 from mid Nov till mid Dec 2018
Erasmus Credit Mobility Research stay at  Universidad Tecnica de Oruro, Bolivia from mid Nov till mid Dec 2018 Research: "Indigenous Education and indigenous Universities in International Perspective - example Bolivia " .
An exchange with Bolivia, Technical University of Oruro-Bolivia, enriches the study and understanding of dynamics of indigeneity in Higher Education from a global perspective. Bolivia is an example of indigenous modernity, education and citizenship. The educational exchange with Bolivia under an International Credit mobility feeds into an internationalised European education on sustainability and the indigenous issue on the global stage
Academic Year 2014/2015
“Brazil-India - A Comparison of indigenous and marginalised socio-political groups”
AMIDILA Erasmus Mundus scholarship with Brazilian partner University Universidade Federal do Piauí
The aim of this research at the partner University is to develop comparisons between India and Brazil in relation to its indigenous and socio-politically marginalised groups. Especially the situation of Indian and Brazilianindigenous peoples will be analysed. I also would like to establish socio-political comparisons between afro-Brazilian religious formations and subaltern religious groups in India.
The point of departure: An industrial neo-colonial intrusion into mineral rich territories of indigenous and analogous peoples takes place in India and Brazil. During the process of industrial extraction of natural resources diverse indigenous / analogous communities are deprived of their fundamental human rights for secured livelihood and preservation of ecosystems. The industrial boom and global rising of BRICS countries, such as Brazil, India, China, South Africa as well as South East Asian countries foster a genocidal, culturecidal and ecocidal dynamic against vulnerable indigenous/analogous peoples. With the ecological destruction most valuable local knowledge resources and worldviews dramatically disappear. These worldviews and local knowledge systems could however harbour a key for finding local and global solutions for a sustainable and philanthropic world of cultural and eco-biological diversity, justice and mutuality. With the destruction of ecological landscapes also cultural and social systems collapse. Culture preservation and the inclusion of culturally creative expressions such a language and the arts have proven to be a solution for emancipatory and inclusive claims of marginalised pre-colonial communities. The aim of my research is to develop a forum for discussion with Brazilian social and political scientists at Universidade Federal do Piauí in order to seek new solutions and imagination how to build up resilience of vulnerable indigenous/ analogous communities against today’s new phases of globalisation and modern colonisation processes. Local modes of expressions, communications and symbolic effectiveness such a languages, performances, visual arts and oral literatures will be discussed in order to substantially revalue the worldviews and local ecological knowledge systems of indigenous and analogous peoples. The example of cultural resilience of afro-Brazilian worldviews will be taken into account and compared with diversity of socio-cultural groups in India.  The goal of my research visit to Brazil is to promote a dialogic transcultural imagination and reflection on resilience of threatened worldviews and ecological landscapes of indigenous/analogous peoples or socio-politically marginalised communities which will help to imagine and create a transcultural philanthropic world of social, cultural and ecological justice.
Since September 2013

Directors:  Lidia Guzy and James KapaloThe mission of the Centre is to promote the study of contemporary endangered cultures, religions and worldviews. Cultural expressions - both tangible and intangible - and the worldviews of marginalised, endangered and persecuted peoples, social groups and indigenous communities are the focus of MEWSC. As an academic community the Centre aims to promote engaged and philanthropic scholarship for an inclusive and reflective global society. The Marginalised and Endangered Worldviews Study Centre (MEWSC) is conceived as a genuinely global hub for key strategic networks and research strands already established within the Study of Religions Department, such as the Adivasi Research Network, Orthodoxy in Migration Network and the Study of Religions Department’s engagement with the Brazilian Science without Borders.      The centre has four regional priorities; Brazil, South Asia, Russia/Eastern Europe (all within the BRICS grouping) and economically marginalised Southern Europe. At the heart of the centre’s mission is the aim to interlink with transnational agencies such as UNESCO, The Council of Europe and the United Nations in order to support emancipatory claims of threatened communities globally. It is the first centre in Ireland to place endangered worldviews and their cultural expressions as a core mission statement and to bring together scholars and non-governmental actors. The centre’s innovative trans-disciplinary approach, its global reach and its social and cultural integrative mission position UCC well in order to capitalize on both European and global research.

Since September 2011 to now 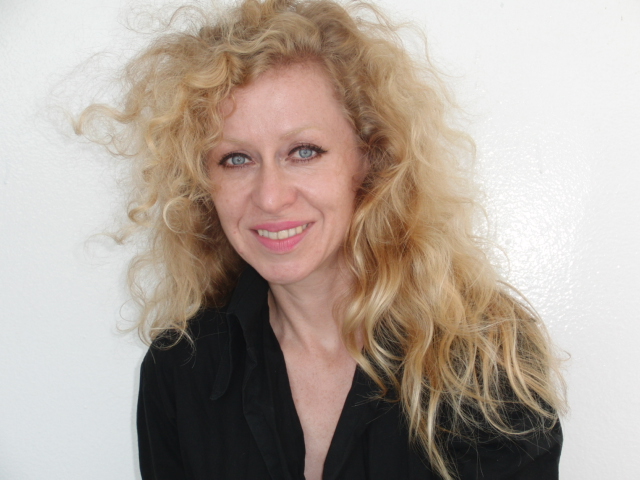