I hold an MA and PhD in Film Studies from University College Dublin. My MA thesis examined gender representation in a selection of films by David Cronenberg; my PhD thesis was a critical study of the career of Jacques Tourneur. My research interests lie primarily in American cinema, particularly classic Hollywood cinema; silent cinema (especially 1920s) ;film history; the horror genre;  and animals in film and media. I also have an interest in contemporary US cinema; gender representations; genre cinema; representations of ethnicity in cinema; stardom and publicity discourse, esp. 1920s.  My book on the life and career of American film director Clarence Brown was published by UP Kentucky in Oct. 2018. My research has appeared in international journals and collections. I supervise/have supervised at MA and PhD level on a wide range of topics. I have served as the coordinator of the MA in American Literature and Film in the School of English, and as Co-head of the Discipline of Film and Screen Media at University College Cork, as coordinator of Industry links, and as coordinator of the MA in Film and Screen Media. I was also part of the team on the IRCHSS funded project, Capturing the Nation: Irish Home Movies, 1930-70.I am currently collaborating with Dan O'Connell on a Creative Ireland- Cork County Council/ UCC project on cinema and cinema going in rural Cork. This consists of a short documentary, "Movie Memories" (completed May 2018), and a web archive of oral and written histories. ‍

My post-doctoral research has been centred on three broad areas: classical Hollywood cinema, silent cinema, and ethnicity in American cinema. I have conducted very extensive research on the career and life of American film director, Clarence Brown, whose career spanned the period 1915-1953. This research has incorporated significant archival research in a variety of collections in the US and also in London, including British Film Institute; George Eastman House, Rochester, NY; UCLA Film Archive; USC MGM archive; Academy of Motion Picture, Arts and Sciences' archive/Margaret Herrick Library; David O.Selznick Collection at University of Texas at Austin; Clarence Brown archive at University of Tennessee, Knoxville; Film Study Center at MoMA, New York. My book is published in 2018 by the University of Kentucky press and is the first full length monograph on the career of a key American director (see https://www.amazon.com/Clarence-Brown-Hollywoods-Forgotten-Classics-ebook/dp/B07CVPH4T5/ref=sr_1_1?i...)
I have already published articles on Brown in Sight and Sound, and The Journal of East Tennessee History and Alphaville: Journal of Film and Screen Media. Additionally, I co-curated, with film historian Kevin Brownlow, a retrospective on Brown for the National Film Theatre/BFI in London in April/May 2003. I also wrote programme notes for the retrospective, which were published by NFT/BFI. I have acted as a consultant for a long article on Brown by Jack Neely, which was published in Metropulse, Knoxville, Tennessee in March 2008. This article featured extensive quotes from me about my work on Brown and on his critical reputation.I recently completed a short documentary, written, produced and directed in collaboration with Dan O'Connell, titled "Movie Memories". This is part of a Creative Ireland/Cork CoCo/UCC funded research project on filmgoing in rural Cork. A web archive consisting of podcasts, written memoirs, editorial content, archive footage, is currently being developed. See corkmoviememories.com In the past five years, I have published a number of chapters in edited collections, including an article on films in 1925 published in American Cinema: The 1920s ed. Lucy Fischer (Rutgers, 2009); an article on Early Screen comediennes, stardom and ethnicity in Screening Irish America. ed. Ruth Barton (Irish Academic Press, 2009); and an article titled,  "Family Matters: Tales of Tigers and Tapirs at Dublin Zoo" in  The Zoo and Screen Media, ed. Michael Lawrence and Karen Lury (Palgrave, 2016).
I was part of a team conducting research on Irish amateur filmmaking from 1930-1970 (Capturing the Nation: Irish Home Movies, 1930-70). This was an IRCHSS-funded 100K project that involved a collaboration between UCC and Irish Film Archive. A dvd was produced and I co-edited a collection (with Barry Monahan and Laura Rascaroli) published by Bloomsbury/Continuum in 2014. As well as editing the collection, I co-wrote the Introduction, and wrote a chapter on Irish Amateur film collections. I have co-edited two issues of Alphaville: Journal of Film and Screen Media: one on Film History (co-edited with Pierluigi Ercole) and one on Corporeal Cinema (co-edited with Ian Murphy). I have also published a long article on Clarence Brown's Intruder in the Dust in Issue 6 of the journal
‍

I was responsible for introducing film studies module into the School of English undergraduate and postgraduate programmes.I currently teach (and coordinate) EN2036 American Cinema/Genre; EN3037 with Dr Barry Monahan; FX1003 Early Cinema. In the past, I have taught a diverse ranges of seminars on such topics as: Encounters with the American West and Frontier in Film and Literature (UG module); "Projecting New York" (UG module); "Canadian Cinema" (UG module). At MA level, I coordinated and contributed for a number of years to the School of English's MA in American Literature and Film. With colleagues, I also established, taught and supervised on the interdepartmental MA in Film Studies (2005-2015), and have recently redeveloped the MA in Film and Screen Media. Modules taught at PG level include: "Advanced Film Analysis and Theory"; "American Cinema after 1960"; and (from 2016): "Film Industries and Cultures"  FX6002. 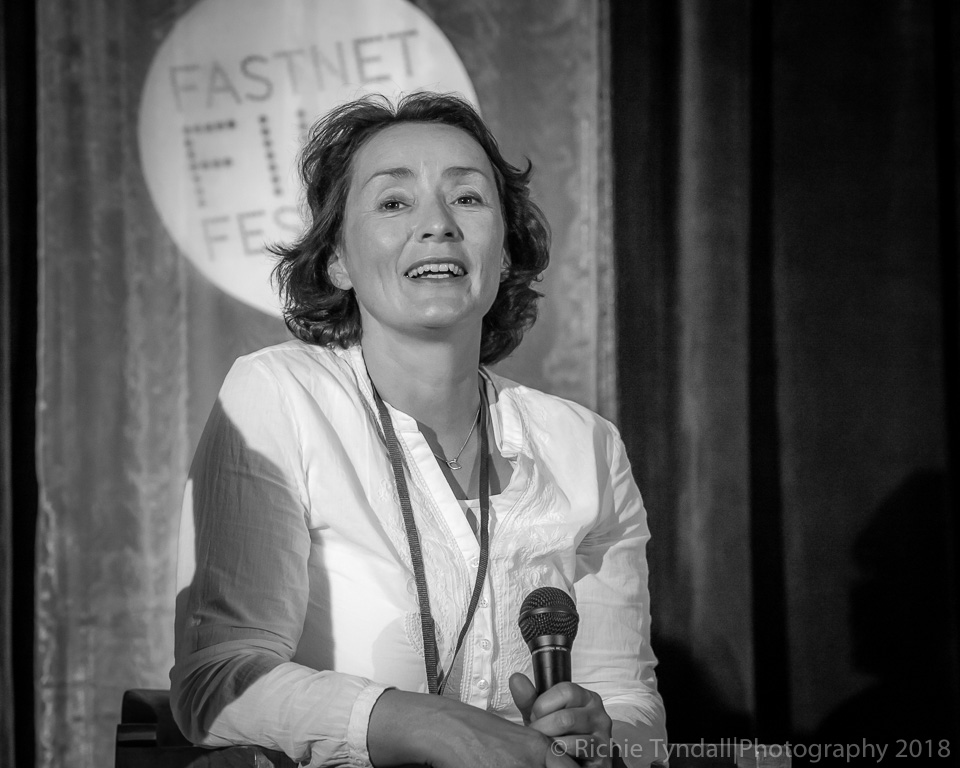