ORCIDGoogle ScholarLaura Rascaroli is Professor of Film and Screen Media and Head of the School of Film, Music & Theatre at University College Cork, where she lectures on film theory, on documentary, and on European and World Cinema.
Her research interests span European and World cinemas; experimental nonfiction, the essay film, and first-person cinemas; artist film and the post-medium moving image; space & film (including the filmic city, film & architecture, travel cinema); and the politics of form.
She is the author of two monographic studies on essayistic and first-person nonfiction: The Personal Camera: Subjective Cinema and the Essay Film (Wallflower Press, 2009) and How the Essay Film Thinks (Oxford University Press, 2017). She has also co-authored research monographs on the postmodern cinematic city, on the European road movie, and on the cinema of Nanni Moretti. Among her edited collections are Antonioni: Centenary Essays (British Film Institute, 2011) and Theorizing Film Through Contemporary Art: Expanding Cinema (Amsterdam University Press, 2020). She has delivered over eighty invited lectures internationally in universities, film festivals and cultural institutes, and has taught courses in Cuba, Italy, and Spain. Her work has been translated into languages including Farsi, Chinese, Korean, Czech, Polish, Spanish, Italian. She is Editor-in-Chief of Alphaville: Journal of Film and Screen Media.
She is a member of the editorial boards of the Journal of Italian Cinema and Media Studies; [in]Transition: Journal of Videographic Film and Moving Image Studies; and the International Journal of Film and Media Arts, and of the advisory boards of Screen; Comunicazioni Sociali; Aniki: Portuguese Journal of the Moving Image; L'Avventura: International Journal of Italian Film and Media Landscapes; Studies in Arts and Humanities; Research in Film and History; Kino: International Journal of Film and Media Arts; and Mediapolis: A Journal of Cities and Culture. She has been Vice-Chair of the ECREA Film Studies Section (2012–2018), and currently sits on the advisory boards of AIM (Associação de Investigadores da Imagem em Movimento), and of the Documentary Film Cultures Book Series (Peter Lang).
Laura Rascaroli completed a Laurea in Modern Letters at the Università Cattolica of Milan in 1992, specialising in Social Communications, and with a dissertation in Film Studies. She was awarded a Higher Doctorate by the NUI in 2014. 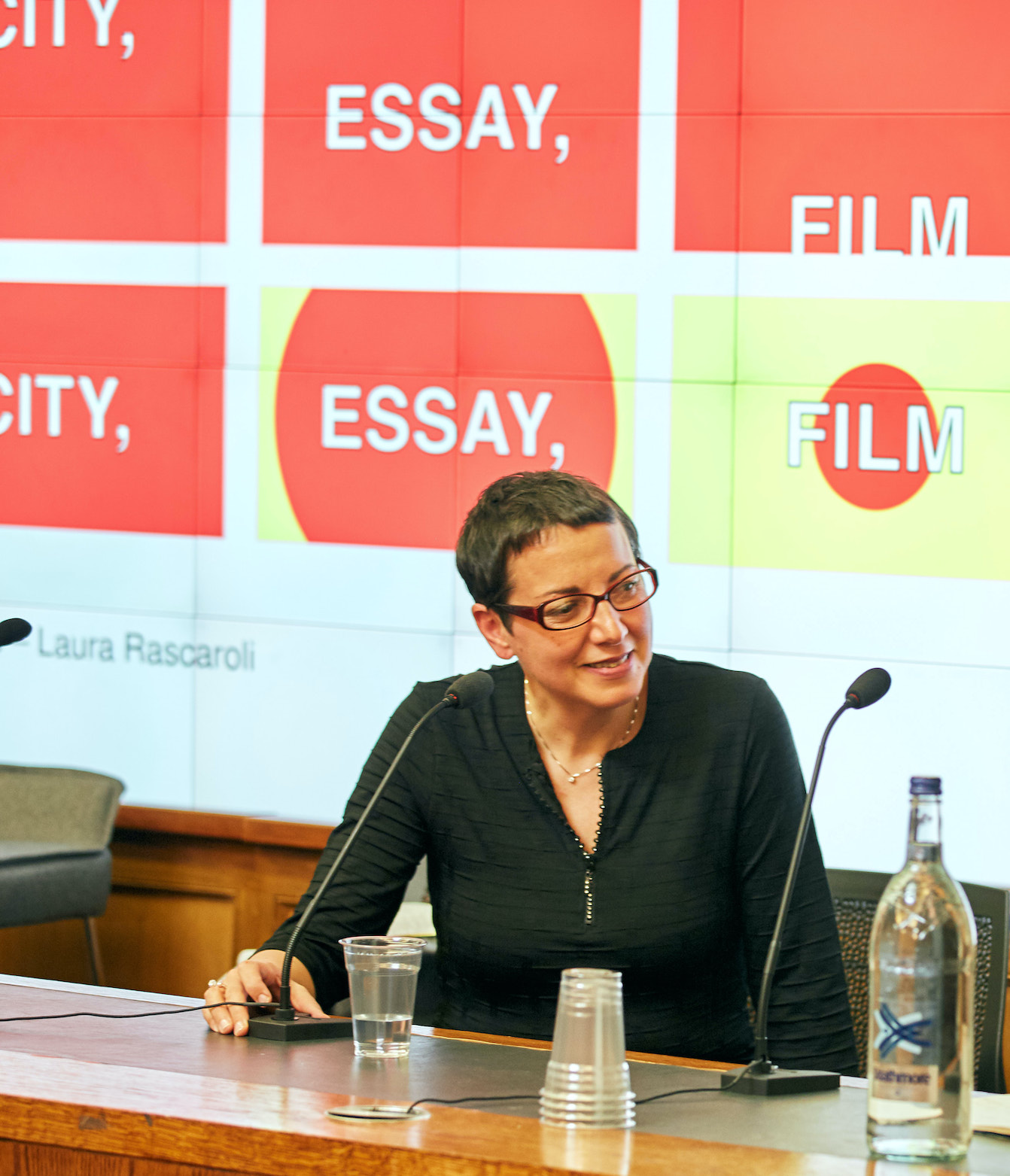