Dr. Sebastian Bersick is Lecturer in the Department of Government, University College Cork. He is a specialist in international relations, security and Asian affairs. His areas of research and teaching include EU-Asian relations (esp. EU-China, ASEM, EU-ASEAN), US-Asia relations, Chinese foreign and domestic politics, political transformation processes in Asia as well as regional cooperation in Asia (esp. ASEAN, EAS, APEC). He has published widely in these areas and is a frequent commentator in national and international media (e.g. Deutsche Welle World, The Economist, Financial Times Deutschland, International Herald Tribune)He is also Associate Fellow at the German Council on Foreign Relations (DGAP) in the China and Asia-Pacific Program and the Research Coordinator of the international research project Asia in the Eyes of Europe. He furthermore held a lectureship at the School of International Relations and Public Affairs at Fudan University, Shanghai and consultancies on Asian and EU-Asian affairs for, inter alia, the European Commission, the European Parliament, the Asia-Europe Foundation (ASEF) and renowned international NGOs. In 2006 he conducted the Asia-Europe Lecture Tour, giving talks in Singapore, Thailand, Malaysia, Indonesia and the Philippines .Between April 2007 and June 2009 he was Associate in the Research Division Asia at the German Institute for International and Security Affairs (SWP), Berlin . From 2004 until 2007 he held the position of Senior Research Fellow at the European Institute for Asian Studies (EIAS) in Brussels and served, inter alia, as the Expert Political Analyst of the Europe China Academic Network (ECAN). Between 1989 and 2004 he was Senior Research Associate at the Division of Chinese and East-Asian Politics at Free University Berlin .He studied Sinology, Political Science and Economics in Cologne and Berlin and for two years Mandarin at Xiamen University in China . In 1998 he graduated from Free University Berlin in Political Science and received his PhD in Political Science from Free University Berlin in 2002 with a thesis on „The Politics of Interregional Relations: The Example of the ASEM process" for which he received the Ernst-Reuter-Prize for outstanding doctoral dissertations of the Free University Berlin. 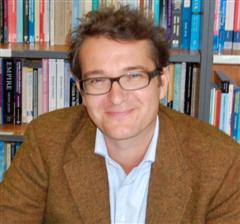