At present my research interests continue to focus on two areas, the law of corporate insolvency and rescue and comparative corporate law theory.  I have an international and national reputation in these areas. My books which I co-authored on corporate insolvency and rescue law have been cited in both the Irish High Court and the Supreme Court.
Most recently, and before retiring from the School of Law at University College Cork I was the Principal Investigator on an EU Commission-DG Justice funded project on Judicial Co-operation in the context of insolvency law, with particular emphasis on corporate rescue and restructuring. This is an important EU policy area reflecting the policy aims of the European Insolvency Regulation Recast 848/2015 and the EU Preventive Restructuring Directive 1023/2019. The JCOERE Project (Project No. 800807) is based at the School of Law at UCC. You will find more details of our consortium and our research on our website. https://www.ucc.ie/en/jcoere/
I am also interested in corporate law theory. In the late 1990s, with the support of the then Faculty of Law at UCC,  I completed my doctoral studies at the University of Virginia comparing EU and US understandings of corporate function and theory with a view to explaining the entirely different treatment of employees as stakeholders in these regulatory trading blocs. I was awarded  a Doctorate of Juridical Science, SJD by the University of Virginia in 1999.
This research resulted in the publication of  Working Within Two Kinds of Capitalism(Hart Publications, Oxford-Portland, Oregon, 2003 X+160pp) together with further book chapters on comparative corporate law theory (EU-US) which are detailed below.  My continued interest in Corporate law theory has led to the development of a new module in Contemporary Issues in Company Law (LW3347) and engagement in a H2020 sustainability project entitled SMART based at the University of Oslo Faculty of Law. I co-edited a book entitled Creating Corporate Sustainability: Gender as an Agent for Change (CUP, 2018) to which I contributed three chapters including one entitled "A Toad We Have to Swallow" about the proposed EU Directive on Women on Corporate Boards.  I  also contributed a chapter on the EU Commission's action against Ireland relating to taxation of multinational corporations "Apple Tax: The Core Issues." In Gammage and Novitz: Sustainable Trade and Investment and Finance (Edward Elgar, 2019). I continue to work in this important area of sustainability and corporate action. 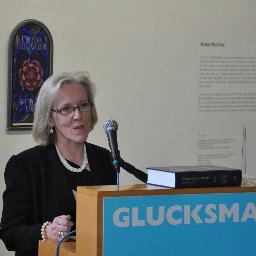