Professor Keelin O’Donoghue is a medical graduate of University College Dublin (1995) and PhD Scholar of Imperial College, University of London (2005). She is an RCOG-trained Subspecialist in Maternal and Fetal Medicine from Queen Charlotte’s and Chelsea Hospital London.  She is a Fellow of the Royal College of Obstetrics and Gynaecologists (2012) and was awarded Fellowship of the Royal College of Physicians of Ireland in 2019.   Keelin took up a post as Consultant Obstetrician/Senior Lecturer at Cork University Maternity Hospital (CUMH) and University College Cork (UCC) in 2007.  She was awarded promotion to Professor (Scale 2) in UCC in 2020.  At University College Cork, Keelin is Clinical Lead for Obstetric Research in the INFANT centre.  She heads up the Pregnancy Loss Research Group, combining supervising a large group of postgraduate and Doctoral students with collaborative clinical research in this area.  She is chair of the Graduate Studies Committee in the Department of Obstetrics and Gynaecology.  Research interests include pregnancy loss and perinatal mortality, clinical audit, multiple pregnancy, prenatal screening and diagnosis, and fetal anomaly. Current funding includes awards from Science Foundation Ireland, the Irish Research Council and the Health Research Board.  Keelin’s work has resulted in >175 peer-reviewed original papers and >320 published conference proceedings (h-index; 46).  Keelin is a member of the Specialty Training Committee and the Executive Council of the Institute of Obstetricians and Gynaecologists (IOG) and was appointed as a national specialty-training director for the RCPI’s higher specialist training scheme in Obstetrics and Gynaecology in 2020.   She co-chairs the IOG’s fetal medicine working group.  In 2017, Keelin took up the role of Implementation Lead for the National Standards for Bereavement Care following Pregnancy Loss and Perinatal Death, working within the HSE’s National Women and Infants’ Health Programme (NWIHP). She continues an oversight role with the Bereavement Standards from 2021 and has taken up a new role of Guideline Lead for Obstetrics and Gynaecology within NWIHP from March 2021.
‍

My scientific career began when I was employed as a Clinical Research Fellow in Fetal Medicine at the Institute of Reproductive and Developmental Biology (IRDB), Imperial College London from 2001-2003. During this time I undertook laboratory studies into non-invasive prenatal diagnosis, fetomaternal trafficking, stem cell biology and fetomaternal microchimerism and was a collaborator in studies on haemopoiesis, in-utero gene therapy, fetal DNA in maternal plasma, neurobiology, preterm labour and intrauterine growth restriction.

During my initial project, funded by Action Medical Research, I investigated whether fetal mesenchymal stem cells (MSC) could be a target cell for non-invasive prenatal diagnosis in maternal blood in pregnancy. This original research was published in Molecular Human Reproduction and presented at the International Fetal Medicine and Surgery Society meeting (South Africa, 2001), where I was awarded the Vandenberge-Storz Award for Best Young Investigator. It was subsequently presented to the International Society for Prenatal Diagnosis and Therapy (Buenos Aires, 2002), and the UCD Medical Graduates Association Annual Scientific Meeting (Dublin, 2002), where I was awarded the Liam O'Connell Medal in Haematology.

Although this research demonstrated for the first time that fetal MSC crossed the placenta and entered the maternal circulation in low numbers during pregnancy, a clinical application in prenatal genetic diagnostic testing was not suggested. However, exploration of the reasons for the low frequency of fetal MSC in maternal blood led to speculation that the cells engrafted in maternal tissues, particularly bone marrow. With the aid of funding from a Hammersmith Hospitals Trust Research Committee small project grant (PI, 2003), I investigated whether fetal MSC were present in post-reproductive female tissues using the novel approach of examining bone and bone marrow obtained at cardiothoracic surgery. These experiments were successful in locating and quantifying male cells in both MSC cultures and ribs from women with male pregnancies decades before, and suggested that MSC engraft after pregnancy and remain microchimeric for decades. The results were accepted for publication in The Lancet in 2004, and were presented at the British Maternal and Fetal Medicine Society Annual Meeting (York, 2003), winning for me the prize for Best Oral Presentation in Fetal Medicine. Later, at the International Fetal Medicine and Surgery Society Meeting, (Zermatt, April 2003), I was awarded the Vandenberge-Storz Award for Best Young Investigator. Presentation of my research at the Blair Bell Research Society Biennial Competition Meeting (Royal College of Obstetricians and Gynaecologists, London, 2003) led to the award of the Blair Bell Silver Medal, as well as a subsequent honorary presentation at the Society for Gynecologic Investigation Annual Meeting, (Houston, Texas, March 2004). My laboratory studies led to the completion of a doctoral thesis, entitled: "Fetomaternal Trafficking of Fetal Mesenchymal Stem Cells" which was examined and awarded by the University of London in 2005.

I began a sub-specialty training programme in maternal and fetal medicine at Queen Charlotte's and Chelsea Hospital on 1st August 2005 and was also appointed as Honorary Clinical Lecturer at Imperial College London. I remained involved in research sessions with the Experimental Fetal Medicine group at the Institute of Reproductive and Developmental Biology, where I supervised two MSc students though to a successful thesis and publication of their work. I continued research in the field of fetal microchimerism and stem cell trafficking in pregnancy and to this end secured funding for consumables through the Hammersmith Hospitals Trust Research Committee in 2006. I presented this work at the Society for Maternal and Fetal Medicine Meeting in San Francisco in February 2007 and later, at the International Fetal Medicine and Surgery Society Meeting, (Aruba, April 2007), where I was again awarded the Vandenberge-Storz Award for Best Young Investigator of the year. My presentation at the UK MacDonald Obstetric Medicine Society (York, May 2007) was also well received, and I was awarded their prize for best overall presentation. In addition to this laboratory-based research, I also undertook several clinical projects and led retrospective studies on stage related outcome of twin-twin transfusion syndrome, and on the consequences of single intrauterine death in monochorionic pregnancies. This latter work, when presented at the British Maternal and Fetal Medicine Society Annual Meeting (Belfast, 2007) won the prize for Best Poster in Fetal Medicine.

I was appointed as a Senior Lecturer in the Department of Obstetrics at University College Cork and took up the post in September 2007. At CUMH, I am the lead clinician in Fetal Medicine, Ultrasound, Multiple Pregnancy and Pregnancy Loss.  To facilitate clinical research, I have established collaborations with the departments of radiology, pathology, biochemistry and haematology.

I joined the INFANT centre at UCC as an SFI-funded Principal Investigator in June 2016. In March 2017, she took up the role of National Implementation Lead for the Bereavements Standards in Pregnancy loss and Perinatal Death.

As an academic clinician in the field of Fetal Medicine, I aim to combine academic work at a high level with clinical work, with time for research in basic science and supervision of others in training, as well as teaching responsibilities.

Senior Lecturer, University College Cork, 2007 to dateUndergraduate and Graduate Entry MedicineCurriculum Design and Development  MSc in Obstetrics and Gynaecology CKX12 Course developer and Curriculum Designer, Programme Director, Module and Research Co-ordinator. http://www.ucc.ie/en/ckx12/ The MSc (Master of Science) in Obstetrics and Gynaecology in Obstetrics and Gynaecology is a two-year part-time course with annual entry, which provides postgraduate education in obstetrics and gynaecology for trainees during their clinical posts.  The MSC comprises taught modules, clinical attachments and a dissertation and has three essential components - an obstetric year with 3 taught modules (30 credits), a gynaecology year, also with 3 modules (30 credits), and the research module (30 credits) which spans both years.  It is assessed through continuous assessment, a course logbook and an end of year OSCE examination.  T 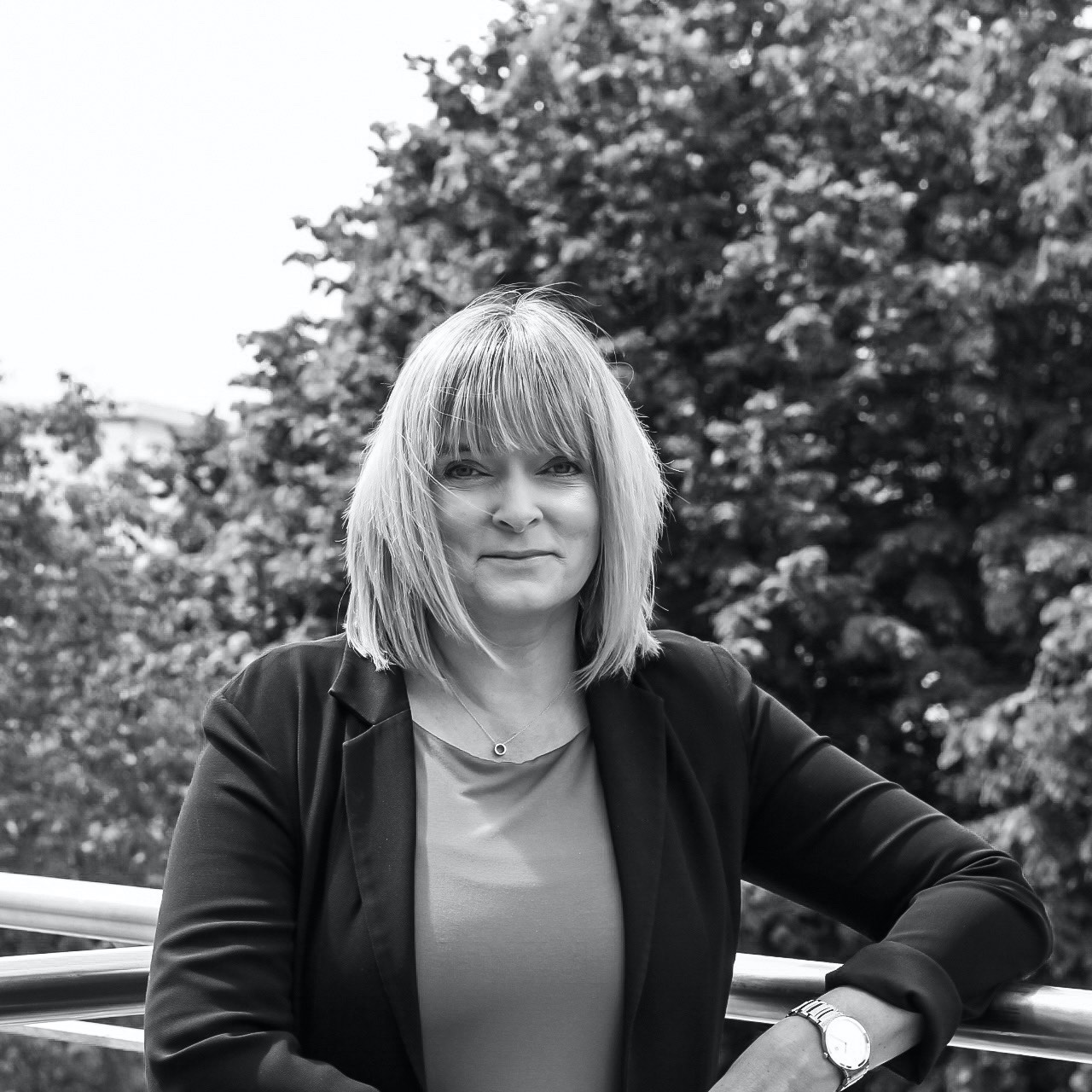