David Kerins, received a BSc in Physiology in 1981, and an MB, BAO, BCh from University College Cork in 1984. He completed sequential fellowships in Clinical Pharmacology and in Clinical Cardiology at Vanderbilt University, Nashville TN. Following appointments as an Associate Professor of Medicine and Chief of the Cardiology Section at Nashville VA. He was appointed as Associate Professor of Therapeutics at University College Cork and Consultant Physician at Mercy University Hospital in 2006, and served as Dean of the Medical School, UCC from 2007-2010. He has research interests in anti-platelet and anti-thrombotic therapy, vascular biology with a particular focus on the renin-angiotensin and fibrinolytic pathways, and non-invasive cardiac imaging. Professor Kerins is a fellow of the American Heart Association, the American College of Cardiology, the European Society of Cardiology and the American Society of Echocardiography. He is a Consultant Cardiologist and is the Clinical Director at Mercy University Hospital.

Further studies examined the interaction between the fibrinolytic pathway and the renin-angiotensin system. They included the inititial demonstration that the angiotensin IV receptor was biologically active in regulating the expression of plasminogen activator inhibitor 1 (PAI-1). The role of the fibrinolytic pathway in organ regeneration and in the process of atherosclerosis were also the subject of many studies. Most recently these interests are applied in a study of the effects of functional food products on a variety of parameters that influence thrombosis and coagulation as part of the NationalFunctional Food Research Center grant at UCC. My role in this project is a lead investigator in the section on cardiovascular disease (working party 6d).

In addition to an interest in the basic science of vascular biology I have also developed a more clinically active interest in non-invasive cardiac imaging. This has resulted in studies to address the role of echocardiography and of magnetic resonance imaging in vascular disease. This is currently expressed in a joint study with colleagues from the Department of Rheumatology at Cork University Hospital in the evaluation of preclinical atherosclerosis in a patient population with rheumatoid arthritis.

My interests are in the area of cardiovascular pharmacology with an specific interest in antiplatelet therapy, and in the interactions of the renin angiotensin system and the fibrinolytic pathways. I have a clinical interest in non-invasive cardiac imaging. 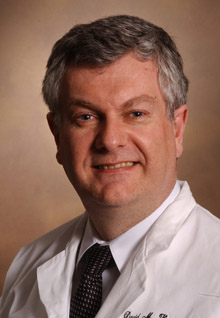