HISTORY OF MENTORING AND SUPERVISION

Awarded Honorary Doctor of Medicine by the Medical University of Gdansk, Poland (2005). Awarded Honorary Membership of the Polish Society for Nephrology (1993). Convernor of the Renal Physiology Special Interest Group of the Physiological Society (1998-2000).  Treasurer of the 'Clinical Autonomic Research Society' (1993-1997). 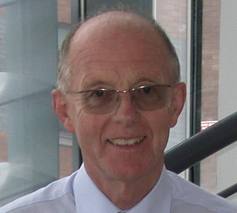