Xia is working as a biostatistics Post-doctoral researcher funded by the HRB in the Department of Epidemiology and Public Health in University College Cork.  Her position is involved with statistical analysis of the data from the project "Lifestyle transition and trajectories through the Lifecourse", using longitudinal data analysis and functional data analysis methods of accelerometer data.

Xia graduated from Renmin University, Beijing, China in 2010 with a PhD degree in Statistics. In 2010-2013, Xia worked as a lecturer in the Department of Epidemiology and Biostatistics in Capital Medical University, Beijing. During that period, she was principal-in-charge of a project funded by Beijing Municipal Natural Science Foundation studying change patterns in the metabolic components and risk factors of cardiovascular diseases based on latent Markov Model in a longitudinal aged population in Beijing, and also presented research findings at many conferences and published these findings in peer reviewed journals. She also contributed herself in many other projects. 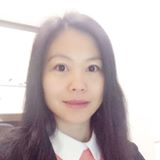