Dr Tim O’Sullivan received his BSc Degree in Industrial Chemistry from the University of Limerick in 1997. He then went on to do a PhD in natural products synthesis under the supervision of Prof. Lew Mander at the Research School of Chemistry of the Australian National University from 1998 to 2001.He worked as a postdoctoral researcher on the synthesis of Tamoxifen analogues with Prof. Mary Meegan in Trinity College Dublin from 2001 before taking up another postdoctoral fellowship with Prof. Pat Guiry in University College Dublin on the synthesis of novel Lipoxin analogues in 2003 . Following a period as research manager in UCD, he was appointed as Lecturer in Pharmaceutical Chemistry in the School of Pharmacy/Department of Chemistry/ABCRF in UCC in 2006.He is a member of the Royal Society of Chemistry, the Marie Curie Alumni Association and COST Action 'CA21145 European Network for diagnosis and treatment of antibiotic-resistant bacterial infections (EURESTOP)'.He was previously a member of COST Actions 'CA16107 EuroXanth' and 'CM1307 Targeted chemotherapy towards diseases caused by endoparasites'.
Recent news:See our Twitter profile for recent updates.
‍

Synthesis of Natural Products and Medicinal Compounds
Our research is focused on developing new methods and strategies for the synthesis of bioactive, natural products. The underlying goal in this work is to improve upon existing techniques and to discover novel methods for assembling complex molecular targets. Ultimately, we aim to apply this knowledge to the development of more potent analogues of existing compounds, with a view to producing pharmaceutically relevant therapeutic agents.
New Drugs for Chagas Disease
The infectious agent of Chagas disease is Trypanosoma cruzi, which is closely related to the parasites which cause African sleeping sickness and leishmaniasis. The parasite usually enters the bloodstream of mammals through blood-sucking insects e.g. assassin bugs. Between 8 to 11 million people in Mexico, Central America, and South America are estimated to have Chagas disease, most of whom do not know they are infected. If untreated, infection is lifelong and can be life threatening. The acute phase of the disease is characterised by symptoms such as fever, fatigue, body aches, headache, rash, loss of appetite, diarrhoea and vomiting. In the chronic phase, the disease may result in cardiac complications, such as heart failure, or intestinal problems. The average life-time risk of developing one or more of these complications is about 30% with a fatality rate of around 50,000 people per annum.
More than 600 peroxides have been isolated from natural sources to date. Many have been found to be biologically active, displaying anti-cancer, anti-bacterial and anti-parasitic effects e.g. artemisinin. Recently, Plakortide P was reported to be highly selective against T. cruzi, in addition to displaying anti-leishmanial (L. chagasi) and anti-neuroinflammatory effects. We have developed a methodology for the asymmetric peroxidation of unsaturated aldehydes which has direct application to the synthesis of cycloperoxides. We are exploiting this chemistry to develop more potent analogues of Plakortide P.
Signalling Molecules - Disrupting Biofilm Formation in Cystic Fibrosis lung
Cystic Fibrosis (CF) is an inherited disease which affects about 1,500 Irish people. CF causes the body to produce an abnormally sticky fluid in the lungs which makes CF patients susceptible to serious bacterial infection.CF patients are faced with frequent stays in hospital as they are prone to infection by antibiotic-resistant bacteria. Approximately 60% CF patients have a chronic respiratory infection co-infected with multiple bacteria that settle into the thick mucus trapped in the airways. These bacteria have evolved a special type of defence where they excrete a chemical messenger on treatment with an antibiotic. These chemical messengers are cis-2-unsaturated fatty acids, with the most important being Diffusible Signal Factor (DSF). DSF leads to increased biofilm formation and resistance to antibiotics, factors that prolong the infection. We are developing compounds which inhibit the effects of DSF and thereby  shut down the bacterias’ defence mechanism.
Novel Anti-viral Therapies
There is a huge demand for new anti-retroviral drugs to increase patients treatment options, especially for drugs with enhanced safety profiles that display reduced side-effects and which are competitively priced. Given that NRTIs (Nucleotide Reverse Transcriptase Inhibitors) are currently used in first-line treatment in combination therapies, we are investigating their mode of action at a molecular level with the aim discovering  more potent NRTIs.The NRTIs currently marketed operate by prematurely terminating the HIV life cycle. A key step in this process involves the in vivo cleavage of the very strong Phosphorous-Oxygen bond which is either present in the original NRTI (e.g. Tenofovir) or is added by in vivo phorsphorylation. We believe that a more efficient inhibitor should result if the stronger Phosphorous-Oxygen bond is replaced with a more labile Phosphorous-Sulfur bond . The P-S bond is considered a bioisostere of the P-O bond, thus representing an excellent candidate for strategic substitution.Postgraduate and postdoctoral positions:
We welcome applications from suitably qualified candidates seeking PhD funding via the Irish Research Council or the UCC Eli Lilly Scholarship Scheme.
We also welcome application from candidates seeing postdoctoral funding via the EU Marie Curie Fellowships. 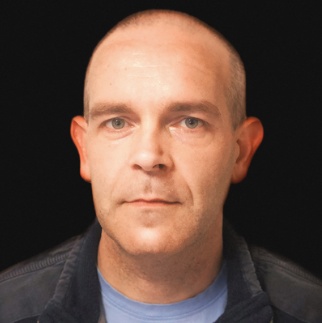