Shelley Mack was born and grew up in New Zealand. At seventeen she won a NZ Youth Leadership Award, a scholarship which supported her to take up her career of choice. After graduating as an Occupational Therapist she spent two years working in an alcohol addiction treatment service, before moving to London which served as a base from which to work and travel. She worked at both Springfield and The Maudsley Psychiatric Hospitals, and for ‘Community Care', an agency which provided a variety of health care to individuals in their own homes.

In 1990 she returned to New Zealand and took up an initial year long contract to collaborate with mental health service users in Auckland City to develop a series of community resources in the wake of the psychiatric hospital closures. She then moved on to an occupational needs assessment for Framework Trust (a developing community service for people with enduring mental illness). This led on to an appointment as Training, Policy & Development Manager for the Trust which she held for four years.Whilst requiring the flexibility to be involved in the care of her grandmother an eclectic mix of private work ensued including, assessments of occupational functioning for The Accident Compensation Corporation of NZ, giving paid non-managerial supervision and providing facilitation/education to health & social services.

Following on from this Shelley was offered two consecutive health promotion contracts. A two year contract with The Mental Health Foundation of NZ with portfolios related to suicide prevention, depression awareness and health of Health Workers. And a nine month contract with Age Concern. *{In 2009, The Older Persons Forum which she established while at Age Concern with a colleague from The Mental Health Foundation celebrated its 10 year anniversary}.

After a two year stay in Hong Kong where she held a Promotion and Marketing position for the Natural Health & Healing Association of Hong Kong. Shelley moved to Ireland in 2001 and worked as a Community Occupational Therapist in Cork before her appointment to the position of Practice Educator in January 2005 in the Department of Occupational Therapy at University College Cork. She was later appointed as Year Three Lecturer, co-developing the undergraduate year three programme.In 2005 she qualified as a Life & Business Coach. In 2009 fulfilled the requirements to register as a FETAC qualified Life & Business Coach and is currently completing her Masters in Advanced Healthcare Practice. 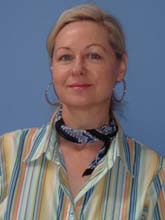