Dr. Ciara O'Toole is a Lecturer in Speech and Language Therapy in the Department of Speech and Hearing Sciences UCC. Her teaching and research interests are in the area of paediatric communication development and disorders. She has particular interest in bilingual language acquisition and children who are acquiring Irish as a first/second language. Ciara gained her undergraduate Honours degree in Clinical Speech and Language Studies from Trinity College Dublin in 1999. She then began working as a speech and language therapist in the Southern Health Board and COPE Foundation, where her main interests were in the areas of early language development and intellectual disabilities. She gained a Master's degree in Human Communication at University College London in 2003, investigating the relationship between symbolic functioning and language development in children with Down syndrome. She joined the Department of Speech and Hearing Sciences at UCC in 2004, initially as the Director of Practice Education/Lecturer and in 2005 as a full time lecturer. Dr. O'Toole completed her doctoral degree in 2009, investigating early lexical and grammatical development of Irish-speaking children. For this she adapted the MacArthur-Bates Communicative Development Inventories to Irish and used it to collect normative information on language acquisition in Irish speaking toddlers aged 16-40 months. This test has subsequently been extended to other dialects of Irish for children aged 8-36 months in funding received from Foras na Gaeilge in collaboration with Dr. Tina Hickey from UCD. In 2015 Ciara also received a HRB Cochrane Fellowship to investigate Parent-mediated interventions to promote language and communication in children with Down syndrome aged 0-6. Dr O'Toole is a member of the Irish Association of Speech and Language Therapists and is an editor of Child Language Teaching and Therapy. Ciara is also a reviewer for the Journal of Child Language, International Journal of Language and Communication Disorders and Journal of Speech, Language and Hearing Research, among others.‍

Dr. O'Toole's research interests include early language development in bilingual and clinical populations. Dr. O'Toole is on the steering group of the Irish Research Network in Childhood Bilingualism which aims to bring researchers in Ireland together to look at bilingualism from an interdisciplinary perspective. Dr. O'Toole represented Ireland on the management committee of a COST Action project (IS0804): Language Impairment in a Multilingual Society: Linguistic Patterns and the Road to Assessment from 2009-2014. The aim of this action was to bring together researchers in the area of Developmental Language Disorder in bilingual children to share ideas and carry out joint crosslinguistic research. Ciara also received a visiting researcher grant from the ESRC Centre for Bilingualism in Research and Practice, in Bangor University, Wales in 2010. This grant enabled a group of international researchers in the area of bilingual language acquisition to come together and discuss their work during a workshop in Wales hosted by the ESRC centre. Dr O'Toole is currently investigating the acquisition of Irish in preschool and school aged children with collaborators such as Dr. Tina Hickey in UCD. She is also involved in the COST Action IS1406 titled "Enhancing children's oral language skills across Europe and beyond - a collaboration focusing on interventions for children with difficulties learning their first language". In 2015, Dr. O'Toole won a HRB Cochrane Fellowship to investigate Parent training to promote spoken language in preschool children with Down syndrome. Finally, she is also involved in the interdisciplinary research institute for the social sciences in UCC (ISS21), that seeks to build, sustain and enhance research on social, economic and cultural issues that will shape Ireland during the 21st century

Dr. O’Toole is currently responsible for coordinating the 2nd year of the BSc in Speech and Language Therapy, coordinates the 1st year module on language acquisition and 4th year module on Advanced Research and Practice in Speech and Language Therapy . Dr O’Toole also supervises 4th year dissertations.The modules that Dr. O’Toole is involved in are as follows:   Year 1 SL1006: Language Acquisition:Explores the application of modern linguistics to the analysis of language and examines the course of language development in the first two years.Year 2 SL2009 & SL2010: Communication Disorders in Children I & II: Addresses medical, linguistic and psychological aspects of communication disorders in children. Students are taught this module through a Problem Based Learning framework.SL2008: Practice Education I Introduces students to the assessment, diagnosis and treatment of a range of communication and eating/drinking/swallowing disorders in children. This module enables students to identify clinical theories of intervention pertinent to communication disorders in children; to generate hypotheses in relation to specific clients and to test these hypotheses using standardised and non-standardised tests. During their practice experience, students operationalise and carry out an intervention plan and measure outcome with reference to their clinical hypotheses. This module involves weekly workshops as well as practice experience. SL4004: Practice Education III: Enables students to achieve professional competency via the provision of further supervised practice assessing, diagnosing and treating a range of childhood and adult communication and swallowing disorders in selected clinical settings, under supervision. SL4009: Advanced Research and Practice in Speech and Language Therapy. This module gives students an opportunity to explore areas of research and practice in greater depth.  ‍ 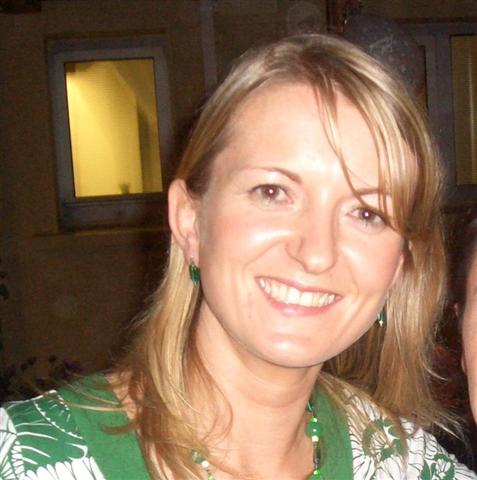 Department of Speech and Hearing Sciences