Paul Young received his undergraduate degree in Biotechnology at National University of Ireland, Galway in 1996.  He did his thesis work at European Molecular Biology Laboratory Heidelberg, Germany.  There he worked with Prof. Mathias Gautel characterizing proteins that are involved in muscle contraction.  He received his PhD for this work from NUI, Galway in 2000.  For his postdoctoral work he switched to the field of Neuroscience and worked at Duke University in North Carolina with Prof. Guoping Feng funded by a Ruth K. Broad Biomedical Research Foundation Postdoctoral Fellowship.  At Duke he studied the molecular mechanisms of synapse formation in the nervous system.  He also developed a novel technique to genetically manipulate and monitor neurons in transgenic mice. He is currently a Senior Lecturer and Principal Investigator in the School of Biochemistry Cell Biology at University College Cork, Ireland.‍

Research Overview
Our research focuses on the cell and molecular biology of neuronal and cancer cells as well as the area of synthetic biology.  Ongoing strands of research aim to investigate: 1. The mechanisms underlying neural circuit formation and function through the development of novel techniques to label and manipulate neurons in transgenic mice. 2. The roles of the alpha-actinin family of actin-crosslinking proteins at sysnapses and in cell biological processes relevant to cancer such as cell migration. 3. The physiological functions of the LNX family of proteins in the nervous system and their putative involvement in colorectal and brain cancer. 4. Employ protein engineering to develop novel biomaterials, biosensors and metabolic pathways in the context of synthetic biology.  The methodologies that we employ include: mouse molecular genetics, gene assembly, directed evolution, confocal microscopy, protein:protein interaction technologies, biochemical asssays, immunohistochemistry and mouse behavioural assays.  Current Research Projects Defects in neuronal morphology and synaptic connectivity have been implicated as causative factors in Alzheimer's disease, epilepsy and mental retardation. To better understand the cellular and molecular mechanisms underlying the establishment and modulation of synaptic connectivity we developed a method termed single-neuron labeling with inducible cre-mediated knockout (SLICK), for genetic manipulation of single fluorescently labeled neurons in vivo (1,2).  SLICK reveals the detailed morphology and synaptic connections of genetically manipulated cells within a predominantly wild-type background, providing unprecedented opportunities to assess cell autonomous functions of genes and to study competitive and dynamic aspects of neural circuit formation and function.  In collaboaration with Susan Dymecki at Harvard University we recently applied SLICK to demonstrate that tetanus toxin light chain expression in vivo caused a reduction in dendritic spine density in a cell-autonomous manner(3).  This effect is likely to be a consequence of inhibition of activity-dependent dendritic exocytosis and suggests that on-going plasticity-associated exocytosis is required for long-term dendritic spine maintenance in vivo.  References (1)  P. Young, L. Qiu, D. Wang, S. Zhao, J. Gross, G. Feng, Single-neuron labeling with inducible Cre-mediated knockout in transgenic mice, Nature neuroscience 11 (2008) 721-728. (2)  V. Heimer-McGinn, P. Young, Efficient inducible Pan-neuronal cre-mediated recombination in SLICK-H transgenic mice, Genesis 49 (2011) 942-949. (3)  V. Heimer-McGinn, A.C. Murphy, J.C. Kim, S.M. Dymecki, P.W. Young, Decreased dendritic spine density as a consequence of tetanus toxin light chain expression in single neurons in vivo, Neurosci Lett (2013).    Actinins are major F-actin cross-linking proteins found in virtually all cell types.  There are four actinin genes, in addiotn to several splicing variants.  Acinin-4 overexpression occurs in many types of cancer and is associated with poor outcomes. In the brain actinin-1,-2 and -4 are postsynaptic components and interact with key mediators of synaptic plasticity such as NMDA type glutamate receptors (NMDAR) and Ca++/Calmodulin dependent protein kinase II (CaMKII).  Further characterisation of the various actinin isoforms is required understand their roles in cancer and synaptic plasticity.  We have comprehensively investigated the splicing, actin-binding properties, heterodimerisation and molecular interactions of the actinin-1 and 4. We found that the calcium-insensitive variant of actinin-4 is expressed only in the nervous system and thus cannot be regarded as a smooth muscle isoform, as is the case for the calcium-insensitive variant of actinin-1.  The actin-binding properties of actinin-1 and -4 are similar and are unlikely to explain isoform-specific functions.  Surprisingly we observed that actinin-1/-4 heterodimers, rather than homodimers, are the most abundant form of actinin in many cell lines.  The finding that actinin-1 and -4 can readily form heterodimers composed of monomers that may have different properties and interacting proteins significantly alters the predominant view that actinins function primarily as homodimers.  References K.S. Foley, P.W. Young, An analysis of splicing, actin-binding properties, heterodimerization and molecular interactions of the non-muscle alpha-actinins, Biochem J 452 (2013) 477-488.   LNX proteins are E3 ubiquitin ligases of largely unknown function.  They are closely related and share an identical domain structure consisting of a catalytic RING type E3 ubiquitin ligase domain and several PDZ protien:protein interaction domains.  This combination of domains in one protein is unique to the LNX family. LNX1 and LNX2 were originally identified as ligands of Numb – a protein involved in the specification of cell fates and regulation of neruonal differentiation during development.  Numerous other LNX-binding proteins have been identified however, the in vivo relevance of any of these interactions, including Numb, remains to be demonstrated.  We have examined the molecular evolution of the LNX gene family1 and determined that the LNX genes had an early metazoan origin with a LNX1/LNX2-like protein with 4 PDZ domains likely giving rise to a LNX3/LNX4-like protein through the loss of PDZ domains1.  We are also attempting to identify physiologically relevant LNX interacting proteins and ultimately ellucidate the in vivo functions of this gene family. References M. Flynn, O. Saha, P. Young, Molecular evolution of the LNX gene family, BMC Evol Biol 11 (2011) 235. Lenihan JA, Saha O, Mansfield LM, Young PW.  Tight, cell type-specific control of LNX expression in the nervous system, at the level of transcription, translation and protein stability. (2014) Gene 552 (1) 39-50.‍

I currently teach and/or coordinate the following modules:

An outline of these courses and all courses taught by staff in the Department of Biochemistry are available at the UCC Book of Modules. 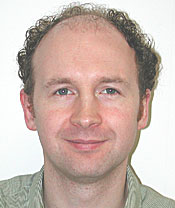