Aoife graduated with a Chemistry degree from Trinity College Dublin in 2003. She carried out her PhD under the supervision of Prof. Kevin B. Nolan in the Department of Pharmaceutical & Medicinal Chemistry at the Royal College of Surgeons in Ireland. Aoife completed her PhD studies in 2008 and took up a position as an Analyst in the Medical Bureau of Road Safety in the Forensic Toxicology section. She held this post for 4 years developing her analytical skills in advanced spectroscopic methods until she moved to Teagasc Moorepark to undertake a Project Coordinator role in Early Infant Nutrition in Food for Health Ireland. Aoife then furthered her analytical skills by securing a position as an Analytical Development Chemist in GlaxoSmithKline, Curraghbinny, Cork.

Aoife joined the School of Chemistry, UCC in August 2014 as a Technical Officer for 1st Year Chemistry. She delivers and coordinates the undergraduate Chemistry laboratory practicals (Analytical, Inorganic, Organic and Physical) for 1st Year students, approx. 600 students. As part of this role, she also manages a team of 35 demonstrators (postgraduate students) who assist in the teaching of the laboratory practical classes. In December 2014, Aoife was selected on a competitive basis as a UCC candidate to attend the Aurora Leadership Programme run by the AdvanceHE. She was also selected as a Judgeon the Chemical & Pharmaceutical Science panel for the Undergraduate Awards 2015 programme.Aoife completed a Diploma in Teaching & Learning in Higher Education in 2015-2016 further enabling her enthusiasm for teaching in an undergraduate laboratory setting. 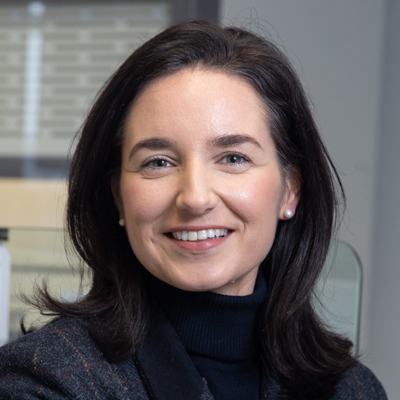