Dara Fitzpatrick is an award winning lecturer in Analytical Chemistry in UCC. He undertook research for a  Ph.D. at Trinity College Dublin under the supervision of Prof. John Corish in the area of transdermal drug delivery. This was followed by a European Framework V postdoctoral fellowship in the area of transdermal drug delivery modelling with training in HSE Sheffield and Amsterdam. He also obtained a H.Dip in statistics during this time from Trinity College Dublin.

His current research interest is the development of a pioneering new acoustic spectroscopic instrument called BARDS (Broadband Acoustic Resonance Dissolution Spectroscopy). This new platform technology is creating a paradigm shift in the analysis of powders, blends, tablets and rapid dissolution formulations. It has multiple applications including the ability to differentiate polymorphs and infer particle size distributions. The research has lead to the creation of a spin-out company with sales of instruments to global companies such as GSK. http://www.bards.ie/

The Analytical Scientist has awarded BARDS one of the top 10 innovations of 2014 among the top global instrumentation companies. BARDS received a Pfizer Awards for 'Innovation through Teamwork' in 2013 and also a commendation at the APS conference in Edinburgh 2013. Dara has been nominated twice by Enterprise Ireland for the 'One to Watch Award'.

Dr. Fitzpatrick has published  and been cited widely in high impact international journals such as Analytical Chemistry, International Journal of Pharmaceutics, Chemosphere and also a front cover of Analyst in 2014 with a 'hot article' called Rapid profiling of enteric coated drug delivery spheres via Broadband Acoustic Resonance Dissolution Spectroscopy (BARDS). He has also authored two book chapters and presented over 25 papers at international conferences. He also acts as a reviewer for many of these publications.

He has been awarded over €1.2 million in competitive research funding in the last five years through Enterprise Ireland, Science Foundation Ireland and The Irish Research Council. Collaborations with the Food and Pharma sectors have also brought in significant research funding with break through outputs. He is currently contacting potential partners for a EU Cost action on Dissolution Science.

Dr. Fitzpatrick has given many invited lectures at symposia and chaired and organised the Conference of Analytical Science in Ireland 2013, with 120 delegates with both national and international speakers. http://www.ucc.ie/en/casi/ Dara is also on the local organising committee for the International Chromatographic Society Conference in 2016. http://www.isc2016.ie/

He has served, and is serving on many departmental committees including research, safety and outreach which he chaired with JJ.Keating such were the number of activities. He has helped to organise and run the Salters Festival for over a decade. He is also on the UCC Green Campus Committee to help sustain UCC’s position in the top three green campuses in the world.

Dr. Fitzpatrick has acted as an external examiner for DIT, DCU and UCD.

On the teaching front, Dara has been awarded the President’s Award for Innovative Forms of Teaching and continues to deliver high quality teaching as measured by centralised module feedback from the University. He has supervised over 20 Masters thesis and has, or currently, supervises 7 Ph.D., 5 postdocs and a Senior Research Associate. Dara contributes to teaching from 1st year to masters level in Chemistry, Forensics, Pharmacy, Engineering and Environmental. He also contributes to further education through night courses in Environmental management.

Audible Sound Waves as a new form of SpectroscopyEnvironmental monitoring of habitats under conservation.In-vitro and in-vivo bio-analysis of pharmaceutical compounds with a special interest in transdermal drug delivery.Risk assessment and predictive modelling of exogenous compounds via the dermal route. (Framework V project Edetox http://www.ncl.ac.uk/edetox/Evaluation and applications of Partition and distribution Co-efficients in PBPK, Environmental and Bio-modelling. 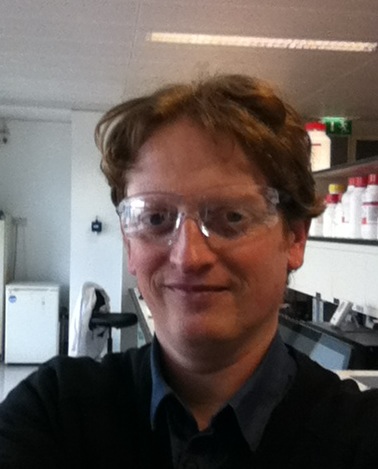