Dr Gerard McGlacken obtained his B.Sc. at the National University of Ireland, Galway. He remained in Galway for his Ph.D. studies where he focused on hydrazones as building blocks for asymmetric synthesis. He then moved to the University of York (UK) where his research interests diversified to organometallic transformations and molecules of biological importance with Prof. Ian J. S. Fairlamb. A year later, he took up a 'Molecular Design and Synthesis Post-Doctoral Fellowship' at Florida State University (US) working with Prof. Robert A. Holton on the total synthesis of the large polyether antibiotic lonomycin A. He obtained a Lectureship position at University College Cork in 2007 and a permanent position in 2011. He was promoted to Senior Lecturer in 2018.
His current research is in the area of organic synthesis applied to biologically significant molecules. En route to these compounds, novel methodology involving organometallic and asymmetric synthesis is being employed. Dr McGlacken has authored about 80 peer-reviewed publications, in high impact journals such as Nature Catalysis, Angew. Chem. Int. Ed., Org. Lett, Chem. Commun., ACS Catalysis and Chem. Eur. J., and has received over 2900 citations. He is also a named author on a number of patents (UK and US). He has received over €3 million in competitive funding as part of the Science Foundation Ireland Research Frontiers Program (2009), the Investigators Program (2011) and others. He has also received two Technology and Innovation Development Awards from SFI. He works closely with the Pharmaceutical Industry both in Ireland and the United States and has received applied grants with Eli Lilly (2010) and Merck (2015) as part of the Enterprise Ireland Innovation Partnership program. We was award a 100%-Eli Lilly funded (LRAP) Award in 2018. He also collaborates with the large Pharma company Syngenta and has placed PhD students in Basel, Switzerland. He has collaborated with Pfizer as part of the Irish Research Council Industry Partnership Program which resulted in the funding of three PhD positions, most recently in 2021. He has been invited to give several guest lectures internationally, recently (2018) at the International Symposium on CH Activation at Keio University, Japan. Dr McGlacken was Vice-Chairman of the European COST Action CA15106 - CH Activation in Organic Synthesis (CHAOS). He was also the External Examiner for the Dundalk Institute of Technology Pharmaceutical Sciences Program from 2010-2014. Dr McGlacken's Group has been involved in a number of popular science and dissemination programs including the receipt of First Prize by PhD student Sarah Clarke in the UCC Doctoral Showcase.  Dr McGlacken is a Funded Investigator within the Synthesis and Solid State Pharmaceutical Centre (SSPC) research centre. It is a Global Hub of Pharmaceutical Process Innovation and Advanced Manufacturing, and a unique collaboration between 17 industry partners, 8 academic institutions and 12 international academic collaborators. Dr McGlacken has a keen interest in the 'Research of Teaching' and treating Teaching as a discipline in itself. This has motivated him to complete a Certificate and Diploma in 'Teaching and Learning in High Education' and he has published in the Journal of Chemical Education.
In 2016, he was part of a Team which won the UCC Innovation of the Year Award.
In 2020, he was the recipient of the President's Prize for Excellence in Teaching.
In 2021, he was appointed Vice-Dean of Research and Innovation at the College of Science, Engineering and Food Science. Finally in 2021 he was also elected to the UCC Academic Council.       ‍

Organic Synthesis
The Irish Chemical Industry exported 44.17 billion euro worth of Pharmaceuticals in 2009. It remains one of the strongest performing industries and has been largely recession-proof. Ireland is moving away from Process Chemistry, up the value chain towards Research and Discovery. Key skills acquired during a PhD term within my group will equip researchers with the essentials to progress into this Sector.

Importantly, 60% of all drugs now containing at least one chiral centre (this is usually a carbon atom bound to four different groups). Thus asymmetric synthesis is of upmost importance.

A: The synthesis of chiral α-substituted ketones

The introduction of such a chiral centre is challenging but potentially very useful to the Pharmaceutical Sector. (-)-Sparteine, isolated from thermopsis lanceolatais plant is chiral. We use this inbuilt chirality from nature and transfer it to ketones.

B: The synthesis of chiral amino acids.

The 1,3-hydroxyketone in a very common and important moiety in pharmaceutical compounds. This project involves the asymmetric synthesis of these compounds containing two, three or even more centres all in the one-pot experiment.

The abundance of the biaryl structural motif in natural products, biologically active molecules and in materials chemistry has positioned aryl-aryl (Ar-Ar) bond formation high on the agenda of synthetic chemists. For decades well-known reactions such as the Mizoroki-Heck and Suzuki-Miyaura have been the methods of choice to furnish biaryls. More recently however, alternative methods, most notably direct arylation via C-H activation, have become the focus of many research groups including ours. Compared to traditional methods, direct arylation affords ArAr compounds in fewer steps by removing the need for pre-functionalisation. Furthermore, given that either one or two hydrogens are targeted, less waste and good atom economy are features of this methodology. We use C-H activation in biologically important synthons.

Bacteria produce small-molecule signals to help coordinate their behaviour. This communication system serves many purposes, including cooperative tasks such as the formation of protective biofilms. These protective sheets greatly impair the effectiveness of antibiotics. This, added to the growing resistance to antibiotics, necessitates an alternative look at treating bacteria infections. We prepare analogues of bacteria communication molecules to interrupt their communication systems and prevent biofilm formation. In this non-biocidal approach, developed resistance is avoided. In parallel, early detection of these molecules allows for early medical intervention.

Dr McGlacken served as Second Year Coordinator from 2009 - 2013 and is currently the Module Coordinator for CM2006, CM3022 and for the Final Year Project in the Chemistry of Pharmaceutical Compounds Degree (CM4203). 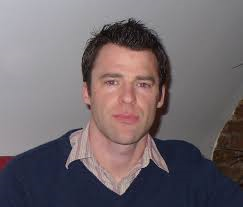