The quasars in the central regions of powerful Active Galactic Nuclei (AGN) radiate huge amounts of energy, with the strongest AGN about 105 times more luminous than an entire normal galaxy such as the Milky Way.  This radio emission, and in some cases an appreciable

fraction of the emission at higher frequencies, is synchrotron radiation, whose source is believed to be the gravitational energy released by matter accreting onto a supermassive (~109 times the mass of the Sun) black hole at the galactic centre.

It is natural to strive to image AGN with as high resolution as possible, to obtain information about regions as close to the central energy source as possible. An extremely powerful tool for studies of radio-loud AGN is Very Long Baseline Interferometry (VLBI), in which radio telescopes around the world are used in synchrony to obtain images with angular resolutions of

the order of a milliarcsecond on the sky, or about a parsec (3.26~light years) at cosmological distances --- roughly 50-100 times better than could be achieved with the Hubble Space Telescope at optical wavelengths.

The intrinsic linear polarisation of synchrotron radiation can reach about 75% in the case of a uniform magnetic (B) field and a random pitch-angle distribution for the radiating electrons. VLBI polarisation measurements are a unique source of information about the B fields in the observed structures, as well as the densities of relativistic and thermal electrons in and around the radio-emitting regions. Due to the enhanced technical difficulty of VLBI polarimetry, there are still only a few groups in the world that are seriously involved in VLBI polarisation research, of which the radio-astronomy group at University College Cork is certainly among the most diverse and active.  The UCC radio-astronomy group is essentially the only VLBI group in the world that is actively carrying out multi-wavelength VLBI polarisation studies of AGN on a wide range of scales. We are  the only major group searching for observational evidence that AGN jets carry helical fields, as is widely predicted by theoretical models for launching and collimating the jets. We are likewise one of only a very small number of groups studying not only the linear, but also the circular polarisation of AGN on VLBI scales. All these factors make the UCC radio-astronomy group unique, and ensure that we have a high impact in the field of AGN jets. 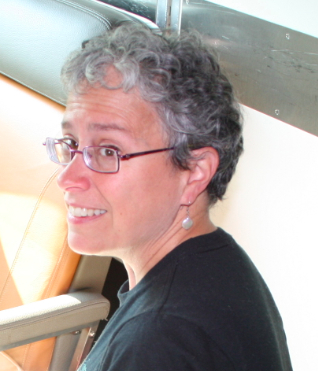