John went from Dunmanway Co. Cork to obtain his degrees from the Department of Genetics in Trinity College Dublin (where he is an Honorary Professor). He is engaged in doing research full time though there have been brief periods when he also lectured (in UCC's Biochem. Dept.) or was also an administrator (the first Director for Life Sciences in Science Foundation Ireland). Apart from the excitement of the dramatic technical and conceptual advances in molecular biology, John gets pleasure from interacting with some great outside collaborators and UCC lab members several of whom are benefiting from his ongoing work in the Department of Human Genetics in the University of Utah. Our lab in UCC is part of the BioSciences Institute and John is a member of both the Biochemistry and Microbiology Departments. Other memberships include EMBO, RIA and the RNA Society.‍

Genetic decoding is dynamic. It can be altered in an mRNA- or site-specific manner and in a remarkable variety of ways. The meaning of individual codons can be redefined in response to signals in mRNA. A proportion of translating ribosomes can be diverted at a specific site to a different reading frame. They can also be directed to bypass a block of nucleotides - at least up to 50 - or even to resume on a different mRNA. We are studying these "recoding" phenomena to determine where they occur, understand their functional significance, elucidate the mechanisms involved, and where desirable plot intervention strategies.

Recoding is used for a subset of mRNAs in probably all organisms with some types being most prevalent in the decoding of viral genomes and mobile elements. In some cases it is exploited for regulatory purposes. In others it yields an extra product with distinctive functions at a set ratio to the product of standard decoding (as in HIV decoding). One class of codon redefinition involves UGA specifying the 21st encoded amino acid, selenocysteine rather than termination (our studies of this aspect are focused on the mammalian selenoprotein P mRNA coding sequence where there are 10 UGA codons, all of them specifying selenocysteine).

The most immediately exciting prospects are being able to systematically find where recoding is utilized. The deluge of DNA sequence information and its analysis is facilitating this. However, a recently developed technique that permits identification of the location and framing of all ribosomes promises to be a bonanza and allow the realization of a dream that for a long time seemed distant. In a broader perspective we interested in the multiple unrecognized types of RNA with diverse roles in gene expression that are being discovered and characterized. The implications of the roles of some RNAs in present day organisms for hypotheses of the origin of protein synthesis and an ancient RNA World are fascinating.

John gave lectures for a few years in a Developmental Biology course for students of UCC's Microbiology and Biochemistry Departments and lectured in molecular biology to Biochemistry Dept. students.

The text of 195 pages with 4 experiments designed for school and college biology classes in association with the Biological Sciences Curriculum Study, in Colorado Springs by J.F. Atkins, A. Ellington, B.E. Friedman, R.F. Gesteland, H.F. Noller, S.M. Pasquale, R.D. Storey, O.C. Uhlenbeck and A.M. Weiner. 2000 entitled "Bringing RNA into view: RNA and its roles in biology" It was later placed on a web piece at the Learn Genetics website where it was downloaded over 26,000 times between 8/2002 -12/2003 (it was the most popular download on the site and 64,506 times between 7/05 and 5/08, but has now been transferred to http://learn.genetics.utah.edu/archive/rna/index.html as an update is being prepared (not involving JFA). The website won several awards including the first Science Prize for Online Resources in Education (SPORE) as described by B. Alberts, Editor-in Chief of Science, Science vol. 327, 504 (2010). 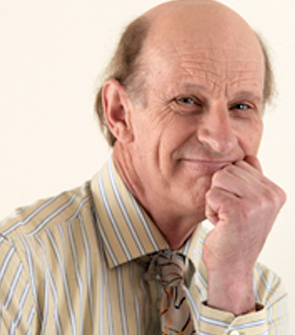