Anita Maguire undertook undergraduate and postgraduate studies in Chemistry at UCC (B.Sc. 1985, Ph.D. 1989). Following postdoctoral research first at Namur, Belgium then at the University of Exeter, UK she returned to the Department of Chemistry in UCC in 1991, initially as a College Lecturer, then Associate Professor in Organic Chemistry in 2002, and was appointed in 2004 to the newly-established Chair of Pharmaceutical Chemistry, jointly in the Department of Chemistry and the School of Pharmacy, playing a leading role in development of the School of Pharmacy in recent years. Since her appointment at UCC she has played a strategic role in the development of teaching and learning, including the introduction of Medicinal and Pharmaceutical Chemistry at undergraduate level for the first time.
Over the past 32 years at UCC she has led an active research team focusing on synthetic organic and pharmaceutical chemistry, which interacts extensively with the pharmaceutical sector in Ireland and internationally.  She is very committed to postgraduate education, ensuring the research students gain the skills required to underpin their future careers; 56 PhD and 6 MSc students have graduated from her research team since 1997, most of whom have developed careers within the pharmaceutical industry both in Ireland and internationally.  In addition over 46 Postdoctoral Researchers have worked within the team, many of whom have progressed to careers in industry.

She is Director of the interdisciplinary research centre, the Analytical and Biological Chemistry Research Facility established under PRTLI3 and is currently lead PI from UCC in the SFI funded Synthesis and Solid State Pharmaceutical Centre, led through University of Limerick (www.sspc.ie). In addition she jointly leads the Molecules 1 theme of the SSPC with Prof Pat Guiry, UCD. She has served as Head of the Department of Chemistry (2005-7), Head of the School of Pharmacy (2009-10), and is currently Head of the School of Chemistry (2022-2025).  She was elected to the Governing Body of University College Cork in December 2003 and served two terms until December 2011, and was elected again from 2021. She was appointed as Vice President for Research and Innovation in January 2011 and renewed again for a second term until March 2021. She was elected a Member of the Royal Irish Academy in 2014. She was co-opted to the RIA council in 2018, re-elected to the council for 2019 - 2022 and appointed Vice President of the RIA for 2019 - 2022, with a particular focus on Diversity. She was an Adjunct Professor in the University of Bergen from 2011 to 2016.

Throughout her career she has been actively engaged nationally in strategic policy development in relation to research, STI policy, the academic industry interface and strategic development of the pharmaceutical industry, including as a member of the Advisory Science Council and the Irish Research Council prior to her appointment as VPRI. She chaired the Irish Research Council for Science Engineering and Technology (IRCSET) and led this through the successful merger with IRCHSS to form the Irish Research Council in 2012.  She also chaired the Advisory Science Council Task Force on The Role of PhDs in the Smart Economy which reported in December 2009. As VPRI from 2011-2021 she has played a very active role within the national research landscape, and was appointed as the inaugural Chair of the National Forum on Research Integrity in 2015, a role which she continues to hold.
She has been a member of the Boards of Tyndall National Institute, Molecular Medicine Ireland, CRDI,  ICHEC and the SFI Centre Governance Committees for Insight, APC, Infant, IPIC, Amber, MaREI, Connect and Curam. She participated in the Higher Education and Research Committee of the British-Irish Chamber, and chaired the Working Group focused on East-West engagement in the context of Brexit during 2020.  Internationally she was a member of the Management Board of the National Research Network in Health and Life Sciences (Wales) (2013 - 2018) one of just two international members on the board.
External Examiner (Undergraduate) Trinity College Dublin 2011 – 2014 Cardiff University 2005 - 2009
External Examiner (PhD) Examiner for >20 PhDs including at the following Universities: Sheffield, Cardiff, Bergen, DCU, TCD, QUB
Research:Anita Maguire’s research interests in Synthetic Organic Chemistry and Pharmaceutical Chemistry include:Asymmetric synthesis - including biocatalysis and transition metal catalysis;
Novel synthetic methodology - incl. the use of diazocarbonyl compounds & organosulfur compounds in synthesis;
Leveraging Continuous Flow Technology in Organic Synthesis
Design and synthesis of bioactive compounds with pharmaceutical applications;Crystal engineering;Extensive interaction with the pharmaceutical industry both within Ireland and overseas is a key feature of the research teamAffiliations:Elected as a Member of the Royal Irish Academy in 2014Fellow of the Royal Society of ChemistryFellow of the Institute of Chemistry of IrelandCChemCSciLinks:
ABCRF
SSPC
School of Chemistry
School of Pharmacy
RIA National Forum on Research Integrity
Organic and Pharmaceutical Synthesis Research Team

Our research team, the Organic and Pharmaceutical Synthesis Research Team, co-led with Dr Stuart Collins, is focussed on both synthetic and mechanistic aspects of organic chemistry (including asymmetric synthesis and development of novel synthetic methodology), medicinal chemistry and synthesis of bioactive compounds, and crystal engineering.
In relation to our synthetic research activities, the programmes in the area of synthetic organic chemistry cover a wide range of areas. The development of enantioselective copper catalysts which prove effective across a broad range of C-H insertion and aromatic addition reactions of alpha-diazocarbonyl compounds has been a particular focus in recent years, leading to cyclopentanones, beta- and gamma-lactams, thiopyran dioxides, sulfolanes and azulenones with up to >98%ee. One of the early contributions from our team was the first synthesis of alpha-diazo-sulfoxides; synthesis of these novel derivatives with significant potential in stereoselective synthesis had been attempted without success by many leading research teams in the field; our report created significant interest as we had successfully designed the first stable isolable diazosulfoxides. Other areas of activity include biocatalysis in asymmetric synthesis using both wild type and `designer enzymes', and the development of new synthetic methodology employing organosulfur chemistry, including advances in our understanding of asymmetric sulfur oxidation. The use of continuous flow processing to overcome synthetic challenges has been a particular focus in recent years with particular success in the field of enabling the synthesis and use of hazardous intermediates in flow without requiring handling or storage.
Development of ProSpect, a state of the art infrastructure which enables direct observation of processes using NMR and FTIR spectroscopy and other analytical techniques, has enhanced our capability for exploring mechanistic and kinetic details of reaction processes, especially in continuous flow.
In the medicinal chemistry area we are currently working on a number of projects focused on the design, synthesis and evaluation of compounds with potential antiviral activity, involving a number of productive collaborations internationally, for example with Jan Balzarini in the Rega Institut in Leuven and Eddy Arnold in Rutgers. Specifically we have designed, synthesised and evaluated a novel series of alpha-carboxy nucleoside phosphonates (alpha-CNP) which act as potent inhibitors of a number of key viral enzyme targets including from HIV and Herpes virus; notably these compounds act through an unprecedented mode of action, displaying inhibition without requiring prior phosphorylation. We have established a research programme in pharmaceutical molecular crystallisation, co-crystallisation and crystal engineering in collaboration with Simon Lawrence and Humphrey Moynihan. This area of research is of critical importance to the pharmaceutical sector in Ireland, with an urgent requirement for PhD synthetic chemists with an understanding of crystallisation, solid state properties of pharmaceutical materials and characterisation of the solid state. This programme has led to very exciting developments through the unusual combination of expertise in enantioselective synthesis, crystallisation and crystal engineering allowing effective control at a molecular level of key hydrogen bonding interactions in the solid state, and the investigation of the role of chirality on solid state properties especially in co-crystallisation.Extensive collaboration with other research teams (both academic and industrial) in UCC, nationally and internationally is a daily feature of our work.  In addition extensive collaboration with the pharmaceutical sector in Ireland and internationally forms a key element of our research activities. In relation to our work with industry, much of the research is confidential in nature and is only reported through confidential reports to the companies involved. However, the collaborative research, while not leading to usual research output in terms of publications, plays an important role strategically in facilitating the Irish pharmaceutical sector to increase its involvement in R & D and has had a significant impact across a wide range of companies.  Our role in the strategic advancement of the pharmaceutical industry in Ireland and broader STI policy issues is widely recognised at national level. 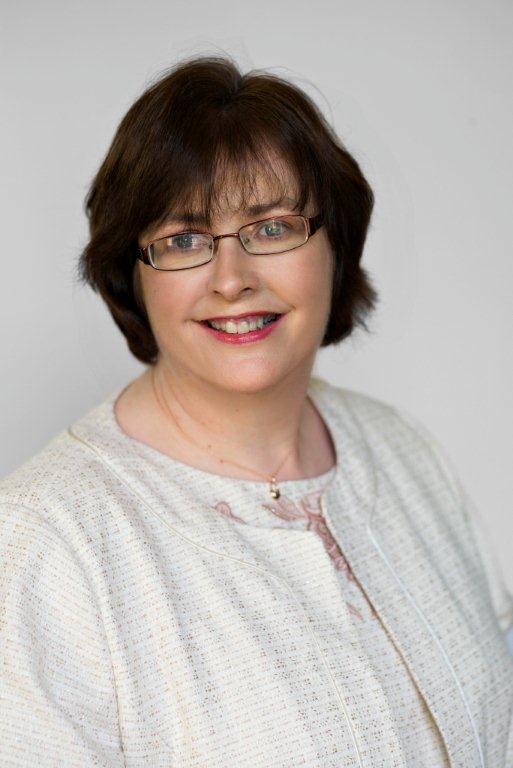