Prof Martyn Pemble (1955) joined the Tyndall National Institute in Cork in 2004 under an SFI Investigator Award entitled Novel Routes to the Production of Nanoscale Electronic and Photonic Materials via Chemical Self-Assembly and Templated Surface Engineering'. Prior to this he was Professor of Physical Chemistry and Associate Dean for Research in the Faculty of Science, Engineering and the Environment at the University of Salford in the UK.. In November 2008 he was appointed to a Science Foundation Ireland funded post, that of Stokes Professor of Materials Chemistry. This position is a joint position, between the Tyndall National Institute and the Department of Chemistry at UCC. He has published over 300 papers and articles on topics ranging from electrochemical spectroscopic methods to fundamental surface science, through materials growth by metalorganic chemical vapour deposition (MOCVD), chemical vapour deposition (CVD) and atomic layer deposition (ALD), to optical spectroscopy and in-situ process monitoring, to novel photonic band gap materials based on synthetic opals and related systems. He is also the author of 2 patents in the CVD area. His h-index currently stands at 41.Most recently his group has begun to study a range of processes designed to demonstrate proof-of-concept deposition of a variety of materials on a commercial scale, focusing on the development of roll-to-roll atomic layer deposition (ALD) processes, roll-to-roll doctor blade/ slot dye and gravure coating of organic photovoltaics (OPVs) and OLEDs and roll-to-roll Langmuir-Blodgett assembly of colloidal photonic crystals. Pictures of some of the equipment now available together with some movies showing coating operations can be found here:http://www.tyndall.ie/content/advanced-materials-and-surfaces-group-amsgHe is Head of the Advanced Materials and Surfaces Group at Tyndall, where he currently leads a team consisting of some 20 persons.  Until recently he was Head of the Micro Nano Electronics Centre at Tyndall, which currently consists of some 80 researchers and students. He was  also  Head of the School of Chemistry at UCC from January 2014 to December 2015- one of the most vibrant Schools in University College Cork- consisting of 23 academics plus associated Technical and Administrative Support staff.Since arriving in Ireland in 2004 he has earned over €14M in direct research income. Of particular note here is the award of 4 prestigious SFI Principal Investigator Awards and the SFI-funded Strategic Research Cluster entitled FORME,  'functional oxides and related materials for electronics', for which he was lead PI and Director. This award was made in December 2007 and was for over €4.5M in direct funding. Industry partners on this project included Intel, Applied Materials, SAFC Hitech and Asylum Research. His research income breaks down approximately as follows:Science Foundation Ireland grants                              ca. €11MEnterprise Ireland Awards                                           ca. €0.8MEU and European Space Agency Awards awards      ca. €0.8MDirect Industry Funding   (cash)                                  ca. €0.2MIndirect Industry Funding (in-kind)                               ca.€2.5MMost recently he has been awarded an SFI Industry Fellowship Award to enable a colleague from IBM USA, Dr. James Hannon,  to work at Tyndall on an advanced application of carbon nanotubes. Since 2008 he has given over 60 invited or plenary presentations at major national and international meetings, while he has also organised 10 major international conferences or symposia.  In September 2013 he was awarded the Gold Medal from the Institute of  Materials Finishing for his .....'Outstanding contribution to surface engineering in Ireland'. His SFI-funded work was recently (2014) reviewed internationally. The review panel report noted that  "The PI and his team constitute an exceptional group with both demonstrated successes and both past and future potential in science and technology". He is also well known for his schools lectures and demonstrations, including his 'slime' demonstration lecture and his lecture on 'Mysterious Materials'. Schools that would like to receive these lectures should contact Martyn Pemble directly. In this regard he was in receipt of the College of Science, Engineering and Food Science joint Runner-up Award for Excellence in Teaching in 2014. This award is based on student feedback. He is cofounder in (2001) and joint Managing Director of a spin-out company from the University of Salford, CVD Technologies Ltd, see www.cvdtechnologies.com. Until recently this company currently employed some 8 persons, dealing with  high volume, atmospheric pressure CVD coating technology.
‍

In addition the group studies novel anti-microbial, self-cleaning surfaces for a wide range of applications, together with complex oxides that possess ferroelectric and ferromagnetic properties, which may find application in next generation memory devices as well as novel sensors and actuators.

Most recently the group has begun to make notable progress in terms of extending the advanced growth methodologies towards commercially viable technologies that can be applied under atmospheric pressure or near atmospheric pressure ALD processes, suitable for in-line, continuous or roll-to-roll application.

The group is also very well-known for its work on the growth and characterisation of synthetic photonic crystals based upon opaline systems and the assembly of photonic crystals using the Langmuir-Blodgett method. Latest developments in this area also align with the concept of extending the assembly methods towards commercially viable, roll-to-roll deposition systems.

The group colalborates extensively with researchers in the USA, Brazil, Japan and across europe. Facilities include the most comprehensive suite of atomic layer deposition systems on the island of Ireland, together with several chemical vapour deposition systems, 2 Langmuir-Blodgett troughs and a wide range of characterisation facilities. 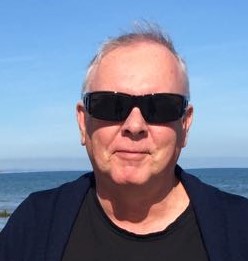