Felipe Murphy-Armando received his primary degree and MSc in Physics from Instituto Balseiro, in Bariloche, Argentina. He completed his PhD in 2007 at Tyndall Institute under the supervision of Prof. Stephen Fahy, and continued there as a post-doc in both the Condensed Matter Theory and Electronics Theory Groups.
He is now a Staff Researcher at Tyndall National Insitute, UCC
‍

I am interested on the effects of electron scattering on the transport, thermoelectric and optical properties of materials.

Felipe's research interests are
He has recently worked on the modelling and calculation of the electron phonon scattering in thin silicon nanowires. During his PhD he calculated from first principles the alloy and disoredered phonon scattering of carriers in SiGe alloys. His MSc consisted in calculating the Electron Spin Resonance of nanotubes using Tight-Binding and Density Matrix Renormalization Group theory. 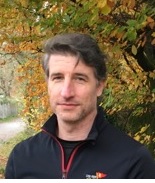