Fiona Donson (Administrative Law and Justice, Children's Rights, Children of Prisoners, Penology). Fiona is a graduate of Leicester University (LLB 1988), Queen's University, Canada (LLM 1989), King's College London (PhD 1997). She is currently the Director of the Centre for Criminal Justice and Human Rights in the Law School, UCC. Fiona's publications include Law and Public Administration in Ireland (with Dr D. O'Donovan, Clarus Press, 2015) and Legal Intimidation: A SLAPP in the Face of Democracy (Free Association Books, 2000). In addition, she has published articles on protest, human rights, administrative justice, policing and prisons. Fiona has collaborated on projects funded by the Irish Research Council, the British Government, the Economic and Social Research Council (UK) and the Commission for the Support of Victims of Crime. Her current research includes work on the rights of children of incarcerated parents, public inquiries, Oireachtas inquiries, and more generally administrative justice. Before joining UCC at the end of 2007 Fiona worked as a child rights advocate for a number of years in Cambodia including developing child rights training for lawyers for UNICEF and running a major child rights project funded by the European Commission. She has taught at a number of Law Schools in the UK including Leicester and Cardiff.‍

i. Administrative Justice – My research engages with critical intersections of law, accountability and government including the interrelationship between human rights, public administration and citizen participation; this is an area of legal research which has been neglected in the Irish context. At the same time, the failure of public administration and political oversight that underwrote the collapse of the Irish economy in 2008 has provoked widespread reflection on the need for increased administrative review in the country. I published a textbook in this area with Dr Darren O’Donovan (La Trobe University, Australia): Law and Public Administration in Ireland (Clarus Press) in 2015. Research emerging from that collaboration includes an article on Oireachtas Inquiries in the Dublin University Law Journal and a forthcoming article on Public Inquiries.

-       Children/families of prisoners - I am currently engaged in research into the rights of children and families of prisoners. This emerging and interdisciplinary work engages a variety of research themes including child rights, prisons and criminal justice. The research involves a series of collaborations both domestically and internationally; working with academic colleagues from University of Coventry, UK (Dr Rhona Epstein), within a European network (Networkcope) based in France, and in UCC (Dr Aisling Parkes).

-       Free speech – My ability to generate research outputs which have had a major impact on debates and policy analysis is demonstrated by my monograph published  in 2000, entitled Legal Intimidation, which remains the only book on strategic lawsuits against public participation (SLAPP) in the UK and Europe. SLAPPs are a well-known form of litigation in the USA but little considered in Europe. I continue to be one of the few researchers working on this issue within Europe.

-       Cambodia – Recognising the strategic significance of internationally-focused research, particularly in the Asian context, I am committed to developing research at the intersection between human rights practice in this jurisdiction and legal research. This is particularly in the area of juvenile justice and imprisonment both of young offenders and children of offenders.

iii. Protest/public order – This research is concerned with the role of protest in citizen activism, in particular protest as a form of political expression and the state’s attitude to it, in particular the legal response. The research spans the intersection of law, social science and political science. I have carried out research on the role of social movements in protest and other forms of engagement with the political system (this was an ESRC funded in the UK). I am also concerned with the role the citizen has to play in relation to policy development more generally, something which traditionally place primary emphasis on the relationships between government and expert groups (such as industry, research bodies). This work also looks to engage with other disciplines including political science/government and sociologists in considering how citizen participation should be understood and developed.

iv.Criminal Law pedagogy –Dr Catherine O’Sullivan and I have been integrating our research into our teaching of criminal law. The research explores how the separation of the core concepts of mens rea and actus reus from the rest of the syllabus can hinder understanding.  This examines how failing to recognise the role that threshold concepts play in the true assimilation of core concepts may act as a barrier to understanding. 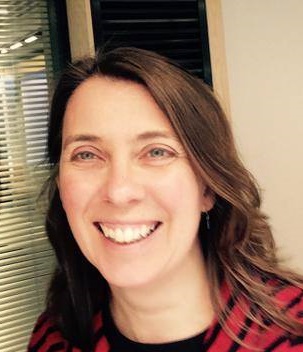